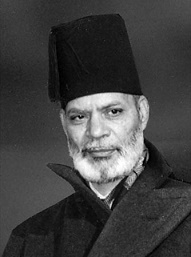 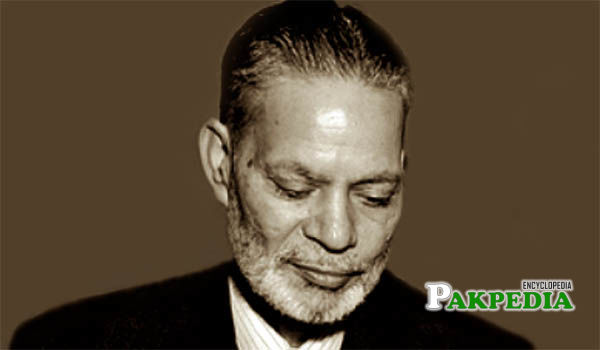 Minister of Foreign Affairs of Pakistan 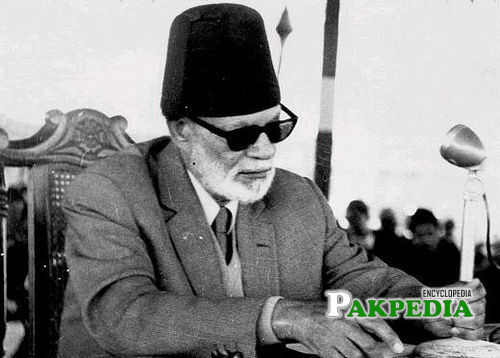 President of the International Court of Justice 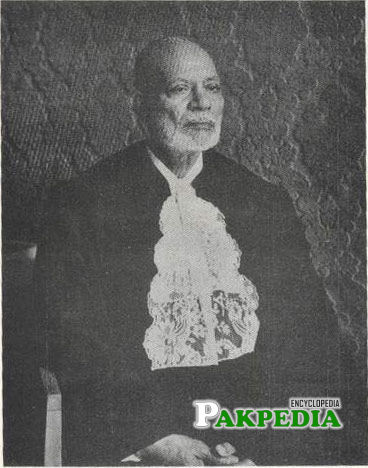 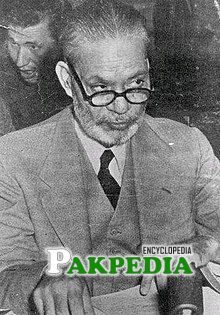 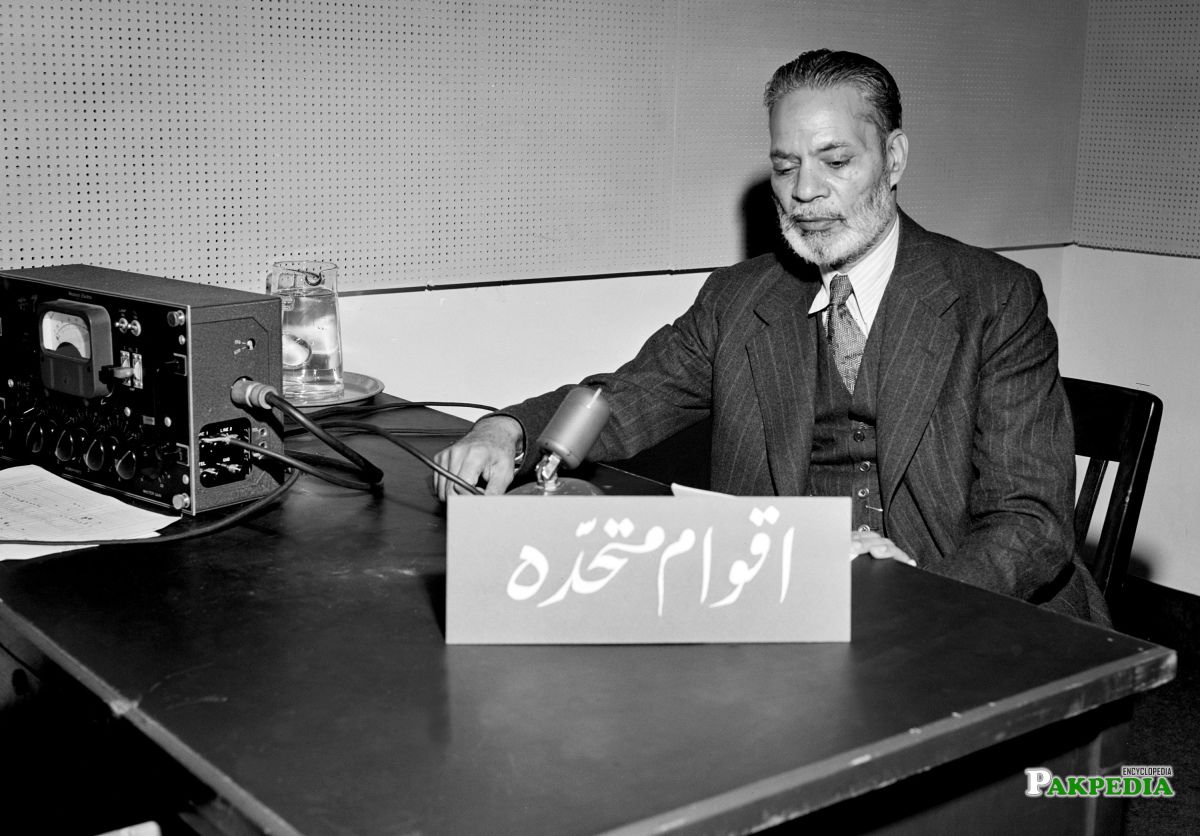 Sir Zafrullah Khan's Speech on the Question of Palestine 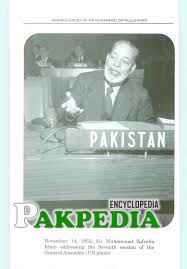 Member of the Punjab Legislative Council in 1926

Chaudhry Sir Muhammad Zafarullah Khan was one of the leading Founding Fathers of modern Pakistan. He was politician, statesman, diplomat, international jurist, and a prominent scholar. He was famous for drafting the Pakistan Resolution, being the first foreign minister of Pakistan, for his persuasive representation of Pakistan and the Palestinians at the United Nations ,and for being the first Muslim, Asian and only Pakistani president for both the UN General Assembly and also the International Criminal Court.[1]  Biography

He was born in 1893 in Sialkot and acquired his early education in American mission school Sialkot. Sir Zafarullah Khan was very close to his mother and inspired by her courage and devotion to her religion and even wrote a book called “My Mother”. He studied at Government College Lahore and received his LL.B. from King’s College London, in 1914. 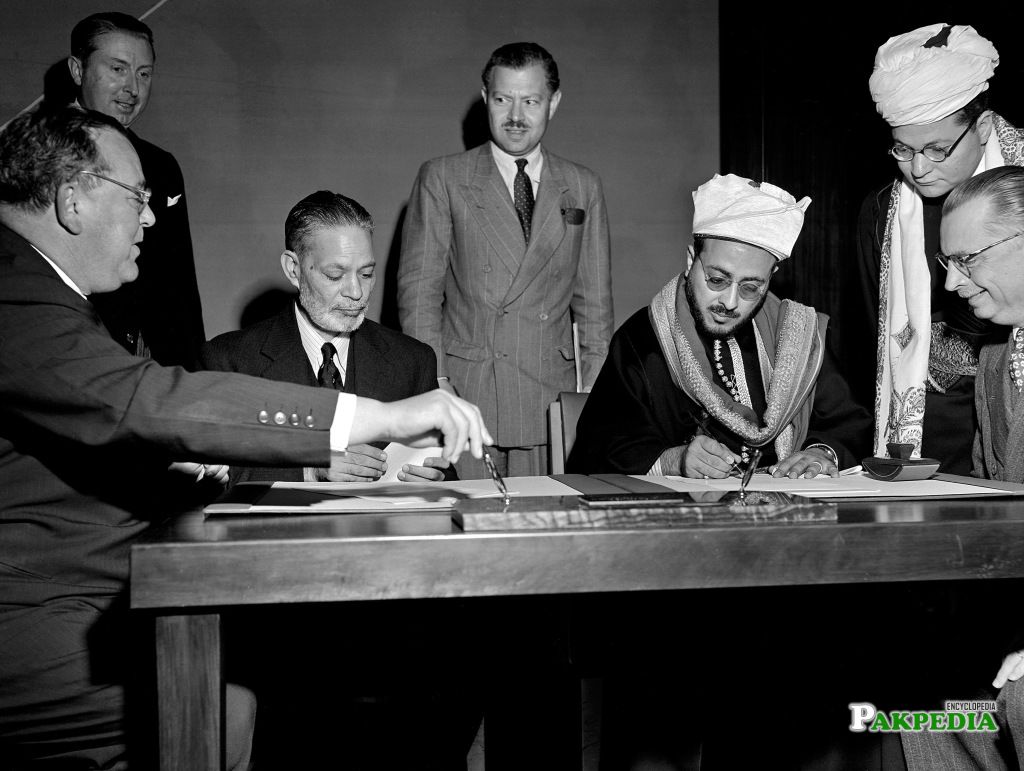 Zafarullah Khan was elected a member of the Punjab Legislative Council in 1926 and presided at the Delhi meeting of the All-India Muslim League in 1931, where he advocated the cause of the Indian Muslims through his presidential address. He participated at the Round Table Conferences held from 1930 to 1932 and became the Minister of Railways in May 1935. In 1939, he represented India at the League of Nations. He was appointed the Agent General of India in China in 1942 and represented India as the Indian Government's nominee at the Commonwealth Relations Conference in 1945, where he spoke on India's cause for freedom.[2] Punjab legislative Council

Judge of the Federal Court of India

In September 1941, Zafarullah Khan was appointed a Judge of the Federal Court of India, a position he, held until June 1947. At the request of Muhammad Ali Jinnah, he represented the Muslim League in July 1947 before the Radcliffe Boundary Commission and presented the case of the Muslims in a highly commendable manner. Zafarullah Khan advised the Nawab of Junagadh that if he decided to join his state with Pakistan, it would be both moral and legal. The Nawab then proceeded to announce his decision. 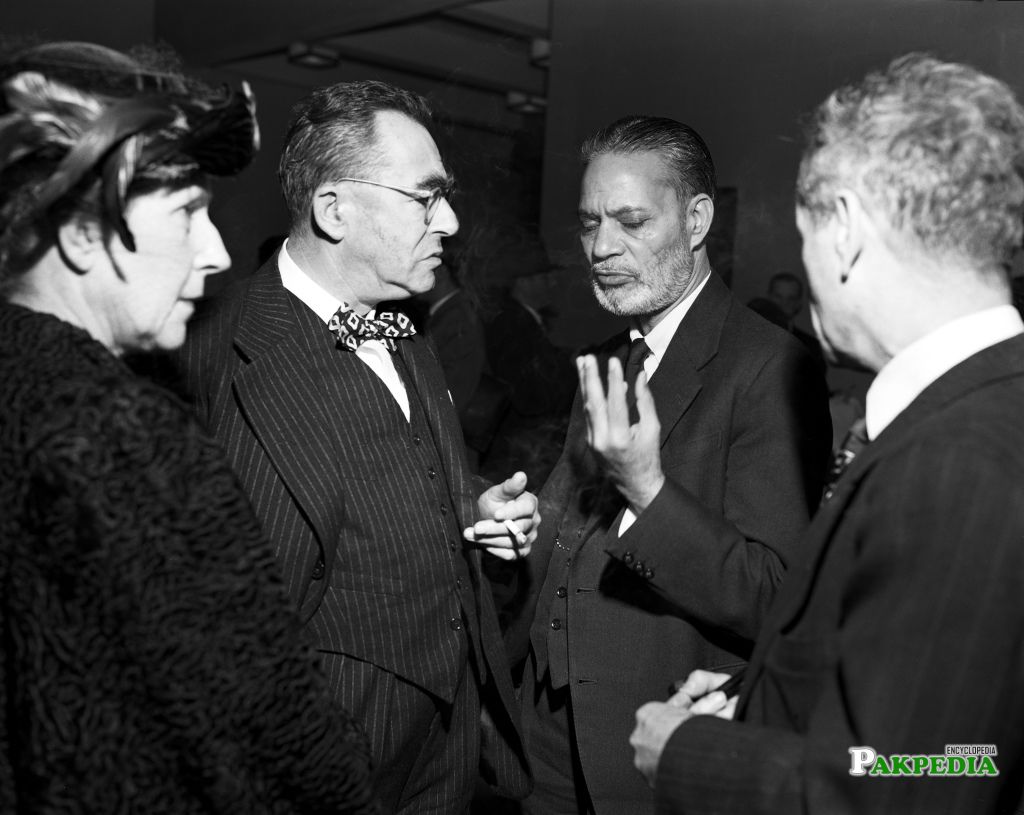 Minister of Railways in May 1935

In October 1947, Zafarullah Khan represented Pakistan at the United Nations General Assembly as head of the Pakistani delegation and advocated the position of the Muslim world on the Palestinian issue. That year, he was appointed Pakistan's first Foreign Minister, a post he held for seven years. Between 1948 and 1954, he also represented Pakistan at the United Nations Security Council where he advocated the liberation of occupied Kashmir, Libya, Northern Ireland, Eritrea, Somalia, Sudan, Tunisia, Morocco, and Indonesia. 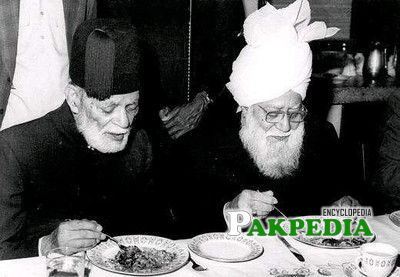 In the 1953 bloody Lahore riots, religious extremists called for Zafarullah Khan's expulsion due to his adherence to the Ahmadiyya Muslim faith. This resulted in the first instance of martial law in the history of Pakistan. The pressure from religious extremists finally led to Zafarullah's resignation as Foreign Minister in October 1954.

In 1954, he became a Judge at the International Court of Justice (ICJ) in The Hague, a position he held until 1961. He was the Vice-President of the International Court of Justice from 1958 to 1961. Between 1961 and 1964, he was Pakistan's Permanent Representative at the United Nations. From 1962 to 1964, he was also the President of the UN General Assembly. During his time at the UN, he also represented the State of Palestine in a de facto capacity. He later re-joined the ICJ as a judge from 1964 to 1973, serving as President from 1970 to 1973.

As Pakistan's first Foreign Minister, Zafarullah Khan addressed the Constituent Assembly of Pakistan in the days leading up to the passing of the Objectives Resolution. The Objectives Resolution, which combined features of both Western and Islamic democracy, is one of the most important documents in the constitutional history of Pakistan. It was designed to provide equal rights for all citizens of Pakistan, regardless of their race, religion or background.[3] Foreign Minister

Zafarullah Khan was quoted as saying: It is a matter of great sorrow that, mainly through mistaken notions of zeal, the Muslims have during the period of decline earned for themselves an unenviable reputation for intolerance. But that is not the fault of Islam. Islam has from the beginning proclaimed and inculcated the widest tolerance. For instance, so far as freedom of conscience is concerned the Quran says "There shall be no compulsion" of faith.

Most Influential Skilled and Passionate Diplomats

Sir Zaffrullah Khan is considered one of the most influential, skilled, and passionate diplomats of his time. In a personal tribute, His Majesty King Hussein bin Tallal of Jordan said: "He was indeed a champion of the Arab cause and his ceaseless efforts whether among the Muslim and non-aligned countries or at the International Court of Justice will remain for ever a shining example of a great man truly dedicated to our faith and civilization".[4] Career

As an Ahmadi Muslim, Zafarullah Khan held the office of Ameer (president) of the Lahore, Pakistan chapter of the community from 1919 to 1935. He served as Secretary to Khalifatul Masih II, the second successor of Mirza Ghulam Ahmad, at Majlis-e-Shura for the first time in 1924, and continued to do so for 17 more sessions. In addition, he was a member of the delegation which represented the Ahmadiyya Muslim Community at the All Parties Conference held in 1924. In 1927, he acted successfully as representative counsel for the Muslims of the Punjab in the contempt of court case against the Muslim Outlook.[5] Religion 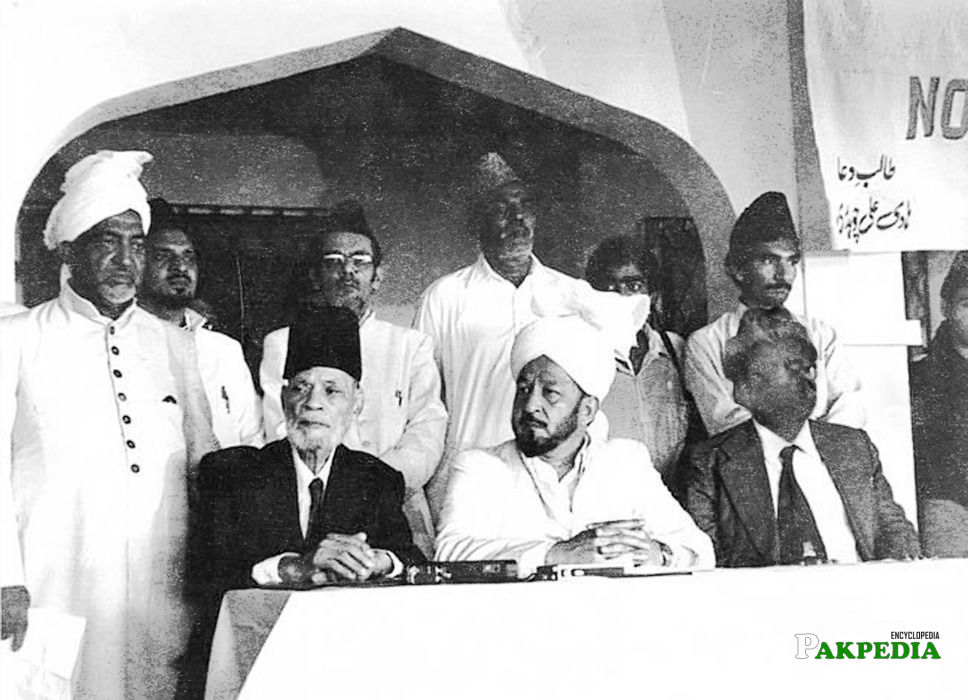 In March, 1958, performed Umra and visited the shrine of the Holy Prophet of Islam, Hazrat Muhammad (peace and blessings of Allah be upon him) in Medina to pay homage; also met Sultan Abdul Aziz Ibne Saud and stayed in the royal palace as the Sultan’s personal guest.Performed Hajj in the year 1967.Translated the Holy Quran in English in the year 1970.[6] Performed Hajj In December 1958, inaugurated a Convention in Rabwah, in which speeches in 52 languages were delivered.

When he represented Pakistan at the United Nations Security Council he advocated the liberation of occupied Kashmir, Libya, Northern Ireland, Eritrea, Somalia, Sudan, Tunisia, Morocco, and Indonesia. He also championed the cause of Palestine. In 1953, the King of Jordan, His Majesty the late King Hussein bin Talal, awarded him the highest honour of the kingdom.[7] Awarded

After living in England from 1973 to 1983, Zafarullah Khan returned to Pakistan. He died in Lahore on 1 September 1985 at the age of 92, following a protracted illness. He was buried in Rabwah, Pakistan.

The DAWN of Karachi Admitted that

"He earned the abiding respect and admiration of the Arab and other Muslim nations as a defender of their interests".
Disclaimer: As an encyclopedia, pakpedia.pk's articles contains shared information which has collected from different sources and people. We welcome everyone for corrections and updates, Thank you.

Mian Khalid Mehmoodis a Pakistani Politician who i

Sheikh Rasheed Ahmad is one of the most celebrated