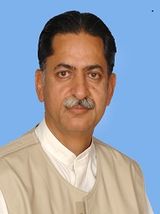 
Mian Javed Latif is a Pakistani politician and a member of Pakistan Muslim League N since 2008. He is one of the senior leaders of PMLN who shares a strong association with Mian Nawaz Sharif. He is a brother of Mian Amjad Latif who also remained the Vice-Chairman. This article contains all the information about Mian Javed Latif family and Mian Javed Political Career. Mian Javed is a Pakistani Politician and a member of Pakstan Muslim League N who is in politics for a long time. He is one of the well-educated politicians and belongs to political background. He is the most senior leader of PMLN who is a member of the National Assembly since 2008. He is one of those politicians who faced victory in all the General Elections which he contested.

He was born to Muhammad Latif who was also a Pakistani politician while his brother Mian Amjad Latif is also a member of Pakistan Muslim League N who is a Chairman of Baldaya Sheikhupura. He also remained the Vice Chairman of the Sheikhupura district.