By adminOctober 4, 2019No Comments2 Mins Read 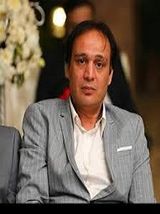 
Khayal Ahmad Kastro is a Pakistani Politician who is serving as a member of the Provincial Assembly while being attached to Pakistan Tehreek e Insaf for a long time. This article is composed of all the information about him including Khayal Ahmad Kastro Biography and Khayal Ahmad Family. Khayal Ahmad who is from Faisalabad is a Pakistani Politician who is currently functioning as a member of the Provincial Assembly after winning Pakistan General Elections while being attached to Pakistan Tehreek e Insaf. He is functioning densely to attain the vision of Naya Pakistan which was glimpsed by the PTI government under the leadership of Imran Khan.

He belongs to a political family where his elder brother Azad Ahmad Kastro is likewise a Pakistani politician and is working in Pakistan Tehreek e Insaf. He is not married yet.

He ran for the seat of the Provincial Assembly in 2018 Pakistan General Elections from the Constituency PP-110 ( Faisalabad-XIV ) while being attached to Pakistan Tehreek e Insaf and gave defeat to his opponent. He took an oath on 15th August 2018 and is currently working as Member of Committee on Privileges.