Javid Hussain served as the Former Ambassador of Pakistan to Iran, South Korea and Netherland. He also elected as the President of Lahore Council in 2012 and also has been the Chairman of the Mumtaz Husain Benevolent Trust (MHBT). 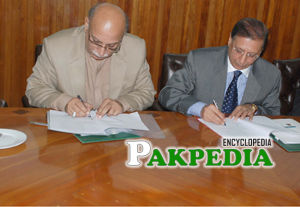 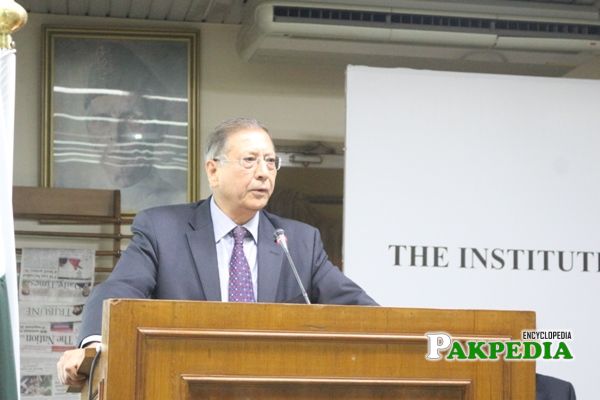 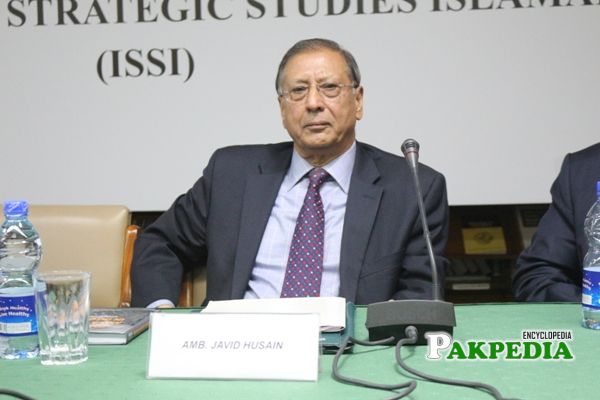 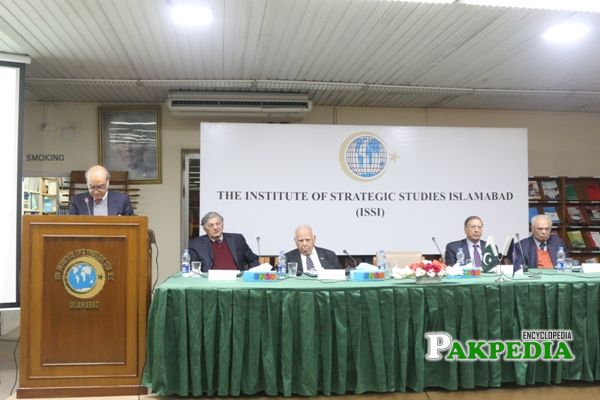 Javid Husain did his B.A. from Government College, Lahore in 1963 securing the first position in the Punjab University. He secured his B.A.(Honours) in Economics from Government College, Lahore/Punjab University in 1964 and his M.A. in Economics from the Punjab University in 1965 with distinctions. From 1975 to 1978, he attended several seminars on international relations at the School of Advanced International Studies (SAIS) of The Johns Hopkins University. Javid Husain is fluent in English, Persian, Urdu, and Punjabi. He has working knowledge of French, having taken Third and Fourth degree language courses in French from Alliance française in Paris, France. He is also familiar with Arabic. He is married and has 2 Children, Nadia Imran and Farooq Hussain. [1] Biography and Education

Javid Hussain is a Diplomat, he served as the Ambassador of Pakistan to the Netherlands from 1992 to 1995, the Republic of Korea from 1995 to 1997 and Iran from 1997 to 2003. During his posting at Tehran, he was also the Pakistan Permanent Representative to the Economic Cooperation Organization (ECO). He also served as the Director General of the Pakistan Foreign Service Academy from 2003 to 2004. President of Lahore Council for World Affairs. He was the Chairman of Mumtaz Husain Benevolent Trust. In August, 1999, Ambassador Javid Husain was promoted to BPS-22, the highest grade in the Pakistan civil service (equivalent in rank to the Foreign Secretary/Vice Foreign Minister). From January, 2003 to March, 2004, he was the senior most serving officer of the Foreign Service of Pakistan. [2] Career Career

Elected As a President of Lahore Council

Javid Husain was elected as the President of the Lahore Council for World Affairs in May 2012. Under his supervision, the Council has organised a number of panel discussions on such subjects as post-2014 Afghanistan, liberalisation of Pakistan-India trade, etc. He has also organised the Council’s meetings with visiting scholars from abroad. Under his direction, the Council signed a Memorandum of Understanding (MoU) with the University of Punjab in April 2013 on mutual collaboration in the organisation of seminars and workshops on foreign policy issues.

Elected As a Chairman of Mumtaz Hussain Benevolent

Since June 2007, Ambassador Javid Husain has been the Chairman of the Mumtaz Husain Benevolent Trust (MHBT), which is engaged in social welfare activities in Pakistan. Under his supervision the Trust has been running a free dispensary in Jhang, in southern Punjab, since 2008 and has been providing scholarships to needy students in Chenab College, Jhang since 2011. He has also been engaged in academic and scholarly activities. He is a regular columnist and contributor to national dailies/journals, and frequently gives lectures at prestigious institutions. In addition, he has been engaged in social welfare activities in Pakistan, with a focus on provision of accessible health-care and education.  [3] Elected as a chairman

In 2013 Punjab University  signed a MoU with Lahore Council for World Affairs (LCWA) to collaborate in research and objective discussions on national issues where Javid Hashmi was also invited.  Mr Javid Husain said that under the patronage of former foreign secretary Shamshad Ahmed, a group of former ambassadors and other interested Pakistanis had agreed to establish the council as an independent, non-political, non-partisan and non-profit organization dedicated to better comprehension of foreign policy issues facing Pakistan and the world at large on the part of opinion makers and the public in the country. He said that its focus in particular would be on the strategic, security and economic challenges confronting the country. He said that the council would seek to achieve these goals by undertaking a wide variety of scholarly activities to produce and disseminate ideas and opinions on different aspects of Pakistan’s external relations keeping in view the global and regional strategic, political and economic environment and would also involve eminent national and international personalities and opinion makers from official and private sectors.  [4] Meeting on LCWA