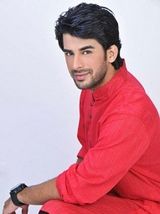 Humayoun Ashraf is a handsome Pakistani television and film Actor and Model who has impressed everyone with her acting skills. Humayun has earned fame and praise with her versatile characters and has faced all the ups and downs because of having a non-artistic background. This article has all the information about Humayun, including Humayoun Ashraf Biography and Humayoun Ashraf Dramas. Humayun Ashraf is one of the best and achieved television actor and model of Pakistan. Humayun has earned a tremendous distinction in light of his diligent work. The passion for acting developed in him since childhood that he turned into reality. He is known for performing the character of Abdullah in superhit drama serial ‘Khuda Aur Mohabbat 2.’ Abdullah never fails to show his versatility by performing on every genre whether its a negative or comic role.

He was born on 18th October 1986 in Karachi. Currently, Humayun is residing in the same city with his family.

He holds the degree of Bachelor that Humayun attained from Karachi.