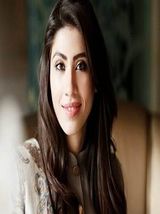 
Hina Pervaiz Butt is a Young Pakistani Designer and a Politician who is serving at her post since 2013 on a reserved seat for women and considered as one of the youngest parliamentarians of the Punjab Assembly. This article contains a blend of information about Hina Pervaiz butt biography and Hina Pervaiz butt career. Did you know that she is also a designer by profession? Hina Pervaiz is a beautiful Pakistani designer turned Politician who hails from a Kashmiri butt background. She started her career with designing and later indulged herself in the Politics and became a part of Pakistan Muslim League N. She is one of the most educated Politicians who had the vision of becoming a politician from the start so she received 1 degree of Politics too. She is the only one from her family who belongs to the Political background and serving very well in her field.

She did her schooling from Convent of Jesus and Mary, Lahore. She earned the degrees of Bachelor of Science in 2004 and got the level of Master of Business Administration in 2010 from Lahore University of Management Sciences. Twice she won the Dean’s respect list grant for BSc PC sciences and an MBA.
In 2016, she earned a Master of Arts in International Relations from Middlesex University grounds in Dubai with a qualification in Global Security, globalization and outside relations. She was likewise chosen for the Harvard Kennedy School Education Module ‘Worldwide Leadership and Public Policy for the 21st century’.

A very few people know that Hina is also a designer and still design dresses. She had a passion for becoming a designer from childhood.