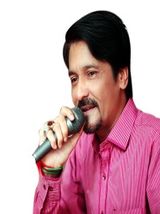 Hassan Ayaz Jaffri is a talented Pakistani Noha Khuwan and Naat Khuwan. He is in this field for a long time, and today he is being recognized internationally too for his immense hard work and dedication. Ayaz is, likewise, an incredible host. This article has all the information about Jaffri, including Hassan Ayaz Jafri Biography. Syed Hassan Ayaz Jaffri is a renowned Pakistani Muslim Artist who is known for reciting Noahs and Naat for a long time. He has a vast experience in Noha Khuwani. Ayaz Jaffri first appeared as a Noha Khuwan at the age of seven, and today he is one of the leading Noha Khuwa and Naat Khuwan after the struggle of several years. Apart from reciting Noha and Naat, he is likewise a Host and does show on various channels. His father, Ahmad Jaffri, is his first teacher who taught him and made him an expert.

He was born on 8th April 1971 in Karachi. Currently, Ayaz resides in the same city with his family.

He did his matric in Science from Karachi school. Later Jaffri obtained the degree of Commerce. Currently, Ayaz holds the degree of Masters in Urdu.

He belongs to the Syed Jaffri tribe. His father, Syed Ayaz Ahmad, is likewise a Noha Khuwan and Naat Khuwan while his mother Syeda Nighat Sultana Moosvi also recites Noha. He has two younger sisters.

Ayaz Jaffri is a Pakistani Noha Khuwan, Manqabat Khuwan, and Naat Khuwan. He started his career at the age of seven, and today he has earned a huge acknowledgment and praise across the globe. He has recited Noahs in various languages incorporating Urdu, Sindhi, Saraiki, Punjabi, and Pushto. He has recorded almost 40 albums till now and has recited 500 Kalmas. He is being recognized for his famous Noha ‘Ya Maa Syeda,’ and ‘Karbala Mera Watan.’ He is likewise a television Host and does hosting on various channels.