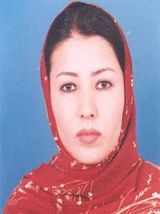 
Hameeda Mian also known as Hameeda Waheeduddin is a Pakistani Politician who is serving as a member of the Provincial Assembly while being attached to Pakistan Muslim League N for a long time. She is a former Nazim Union Council that belongs to a Political family. This article contains all the information about her including Hameeda Mian Biography. Hameeda Mian Waheeduddin hails from Mandi Bahauddin is a Pakistani Politician who is currently functioning as a member of the Provincial Assembly after winning Pakistan General Elections while being affiliated with Pakistan Muslim League N and has returned to the Assembly for the third time. She has worked as a Nazim Union Council of the Local government in the past. She is married and is blessed with 2 Children.

She was born on 4 January 1976 in Mandi Bahauddin. Currently, she still resides there with her family from where she contests the Elections. According to the Embassy of Japan in Pakistan she was born in Osaka, Japan.

She holds the degree of Bachelor of Science that she attained from the Lahore College for Women University while she did her early education from Japan.

She belongs to a Political family background where her father Mian Mian Waheed-u-din has likewise served as a member of the provincial Assembly for many years.