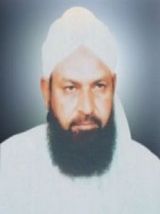 Mian Fida Hussain hails from Bahawalnagar is a Pakistani Politician who is currently working as a member of the Provincial Assembly after winning the Pakistan General Elections 2018 while being attached to Pakistan Tehreek e Insaf. He previously worked as a candidate of Pakistan Muslim League N for a long time. He is also an agriculturist who is serving as MPA for a consecutively third time.

He was born on 1st January 1960 in Minchinabad which is a district in Bahawalnagar. Currently, he still resides there from where he also contests the Elections.