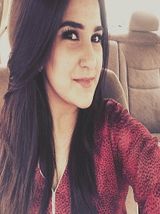 Anoushay is a talented and beautiful Pakistani actress, model and a former VJ. She belongs to one of the famous families of the Showbiz Industry. Acting is in her genes that motivated her to join the Showbiz industry. She is amazingly known for her character in drama serial ‘Pyarai Afzal’ that earned her huge acknowledgment, and people started loving her as an actress. She is a fashionista who can pull off any style.

She was born on 24th November 1983 in Lahore. Currently, Anoushay is living in Karachi with her family.

She got married to a Pakistani actor Ainan Arif in September 2014. Ainan is also a son of cricketer Taslim Arif and actress Rubina Arif.