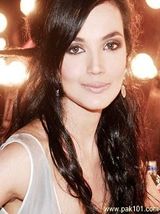 
Amina Sheikh is a good looking, versatile and accomplished Pakistani actress and a model who is in the industry for a long time and is impressing her fans with her powerful performance. Her ex-husband belongs to the same field of Showbiz for a long time. She is often recognized and appreciated for her dressing sense in various award functions. This article contains detailed information about her including Amina Sheikh Biography, Amina Sheikh Family and Amina Sheikh Dramas. Amina is a proficient and ingenious Pakistani Television and a film actress and likewise a model who started her Showbiz career a long way back and today have succeeded in establishing her name and position worldwide with her charming personality and exceptional acting skills. She is a valiant and an independent woman who is considered as one of the highest-paid actresses of the Pakistani Showbiz Industry. She is also a social worker who has lend her voice for educating girls and for protecting their rights.

She was born on 29th August 1981 in NewYork. Later she spent all her childhood in Pakistan and Riyadh. Currently, she resides in Karachi with her family.

She holds the degree of O’levels and A’levels that she attained from St Joseph’s Convent School, Karachi and The Lyceum while she did her Schooling from Mama Parsi School and secondary from American International School in Riyadh.

She belongs to a non-artistic family where her father Abdul Sheikh is a pharmacist while her mother is a housewife. She got married to Mohib Mirza (likewise accomplished Pakistani actor and model) in 2005. The couple blessed with a daughter after 9 years of marriage whom they named Meissa Mirza. However the marriage didn’t last forever as the couple have parted their ways after 14 years of marriage which Mohib has revealed himself in a show.

She started her Showbiz career with Modelling where she featured on a number of magazines and did a number of shoots for different well-known designers. The designers with whom she worked incorporate Deepak Parwani, Nomi Ansari, Khadi, Fahad Hussain and many more. She has also done a photo shoot with internationally acclaimed singer Atif Aslam in the past.