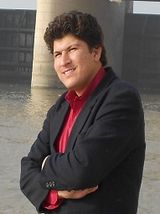 Alamzaib Khan is an active member of the ‘Pashtun Tahafuz Movement’ and a young and energetic social activist. He highlighted the issue of missing individuals. This article has all the details about him, including Alamzaib Khan Biography. He is a peace ambassador who raises his voice against oppressed victims of landmines and missing people. He is one of those selfless people who dedicate themselves to their land/country. Courage and bravery are his traits. He is working for his locality, KPK, and it’s people.

He is a social and political lobbyist, debater, journalist, harmony wondering, and documentarist in Pashtun belt’s warfare territories. He is a peace lover who raised the issue of missing individuals and brought a drastic change in KPK. It would not be unfair to call him a compassionate and enthusiastic leader of the oppressed, missing,  and orphans.

On 21st January 2019, he was detained by Karachi police with some other members of PTM. Some eyewitnesses reported that police came in plain clothes and beaten him brutally.