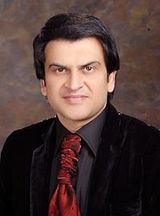 
Abdullah Kadwani is one of the most successful and remarkable directors and producers of the Pakistani entertainment industry who has also worked as an actor in the initial stage of his career. This article contains detailed information about Abdullah Kadwani biography, Abdullah Kadwani family and Abdullah Kadwani list of dramas. Did you know that he is an owner of 7th Sky production House? When we talk about producers or directors of the Pakistani Entertainment industry then his name is surely called out at the top who has produced as well as directed one of the super hit serials which are worth watching and worth praising. He is likewise the head of the 7th Sky Entertainment Production House. He is in this field for a long time and has achieved the heights of success over all these years. After completing his graduation he stepped into the Showbiz and became one of the best and famous artists of the industry.

He was born on 8th August 1968 in Karachi, Pakistan and still resides there.

He got hitched many years ago from which he has 3 sons Shahveer Kadwani, Rayyan Kadwani and Haroon Kadwani and a daughter. His son Haroon Kadwani is also a part of showbiz who has acted in few serials. He was seen in a drama serial ‘Mohabbat tum se nafrat hai’ along with Ayeza Khan, Shehzad Sheikh and Imran Abbas while his other 2 sons are quite young and still studying. According to him, his wife has played a great role in his success and achievements.

As an Actor and Model

Soon after completing his education he stepped into the entertainment industry as a Model. His good looks became a bonus which made it easy for him to avail of different offers. From 1991 to 1995 he was cast in various television commercials. He did almost 16 Television serials and approximately 55 special plays and Telefilms. He joined showbiz and became a part of it almost 19 years ago when he had a dream of conquering the heights of success but who knew that he will be this much successful with an outstanding portfolio. He was also seen in a music video in a music album of Faakhar which was directed by an Indian director and it was the last time he was seen as an actor. He was also honored an award of Best actor in 1999 for his serial ‘Andheray Darechay’

His drama serial ‘Chaand Girhan’ as an actor gave him a wonderful response and appreciation after which he decided to move towards the production side which proved to be one of his best decision in life. He has produced many wonderful serials which became a massive hit. His serial ‘Daam’ as a producer starring Adeel Hussain, Amina Sheikh, and Sanam Baloch which aired in 2009 is indeed worth watching and worth praising. His other serial ‘Meri Zaat Zara e Benishan’ starring Faysal Qureshi, Samiya Mumtaz, and many others earned a number of awards. There is a complete list of his serials as a producer and as a director which became a massive hit of their time.

He has indeed achieved great success and achievements in his life. Today he is known as an owner of 3 successfully running companies.

In 2001 he became the CEO of Media Max which is a marketing company. After becoming a CEO he contributed a lot in the entertainment industry and played a great role in establishing ARY digital. His collaboration with Humayun Saeed proved to be a turning point in their careers. When they collaborated for the production house both were at the initial stage of their career but they proved that hard work is indeed a key to success. After facing many hurdles and obstacles today the 7th Sky is considered one of the best production companies.

His social media accounts/websites are as follows