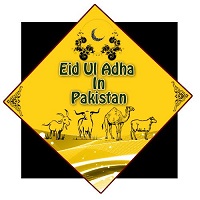 Every year, the Islamic holiday of Eid ul Adha is observed all around the world. It commemorates Ibrahim’s willingness to devote his son Ishmael in obedience to Allah’s command. Allah however, supplied a lamb to slaughter instead of Ibrahim’s son. Animals are slaughtered/sacrificed as a ritual to commemorate this intervention.

The family performing the sacrifice consumes one-third of the meat, while the remaining is given to the needy and poor. Extended family is usually met and welcomed with sweets and presents.

Eid is a four-day Islamic holiday that begins on the tenth day of Dhu al-Hijjah. The dates on the world (Gregorian) calendar change from year-year, shifting around eleven days earlier every year. This article comprises all the information including Eid ul Adha Origin. 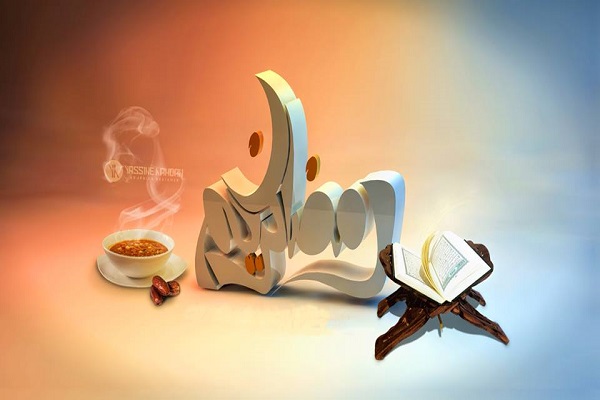 One of Ibrahim’s greatest trials was to obey God’s command by sacrificing his son. Ibrahim had a dream about the sacrifice of his son Ismail. As mentioned in, the Quran Ibrahim said to his son “Oh son, I regularly dream that I am sacrificing you,” to which Ismael answered, ‘Father, just do what you’re directed to do.’

Ibrahim prepared to bow to God’s will and went to sacrifice his son as an expression of obedience and faith to Allah. During this time of preparation, Shaytan tried to persuade Ibrahim and his family not to follow God’s word, but Ibrahim resisted by hurling pebbles at him.

The Arabic term ‘id’ means holiday, feast day, celebration, or festival. It consists of three words with linked root meanings of ‘to return, to rescind, to be habituated, to accrue, habits, to be experienced, to repeat; appointed place or time, feast day, anniversary.’ ‘Sacrifice’ (animal), ‘oblation,’ and ‘offering’ are all synonyms for the words Adha & Qurban.

The 1st term is derived from the triliteral word dahha, which has associated meanings ‘offer up, immolate, victimize, sacrifice. This root does not appear in the Qur’an, but it does appear in ‘Hadith literature.’  The term is used by Arab Christians to refer to the Eucharistic host.

To commemorate his act of rejecting Shaytan, stones are hurled at symbolic pillars to the stone devil during Hajj rituals. Allah the Almighty honored both Ismael and Ibrahim for Ibrahim’s willingness to sacrifice what was precious to him. Angel Gabriel said ‘O’ Ibrahim, you have followed the revelations,” and Angel Gabriel offered Prophet Ibrahim a lamb from the heavens to sacrifice instead of Ismael.

Muslims all throughout the world commemorate both Abraham’s commitment and Ismael’s survival on Eid al Adha. In Judaism, this tale is famous as the Akedah and is found in the Torah, Moses’ 1st book. 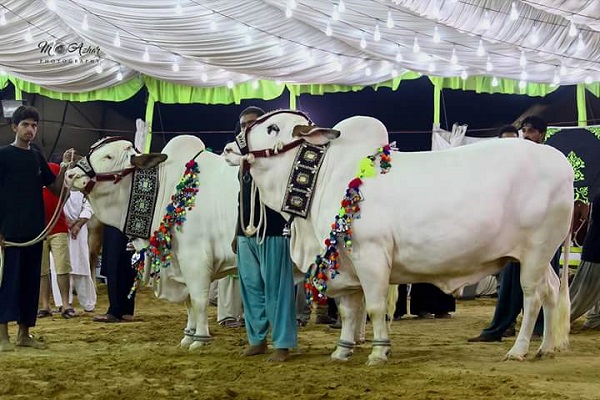 The Eid tradition entails sacrificing a permissible animal and dividing the meat into 3-three equal parts — for relatives, friends, family, and poor people. The purpose is to provide every Muslim with meat. The occasion sends a strong message of affection, generosity, and equality.

However, the objective of sacrifice in this Eid is not to shed blood only to appease Allah. It’s also about giving up something, followers love in order to spread the spirit of Eid al-Adha. The sacrifice is not always an animal but can be wealth or time spent on voluntary work. There is a history of caliphs offering materials other than meat.

Women’s participation in the prayer congregation differs per community. It is divided into two units, the first of which has seven Takbirs and the second of which has five Takbirs. Salat al-Eid varies from the five daily obligatory prayers for Shia Muslims in that no call to prayer is given for the 2-Eid prayers. The salat is then followed by the Imam’s Khutbah, or speech.

Following the sermon and prayers, Muslims hug and share greetings, present gifts, and meet one another. Some Muslims also use this occasion to invite neighbors, friends, co-workers, and colleagues to their Eid celebrations in order to educate them about Muslim culture and Islam. 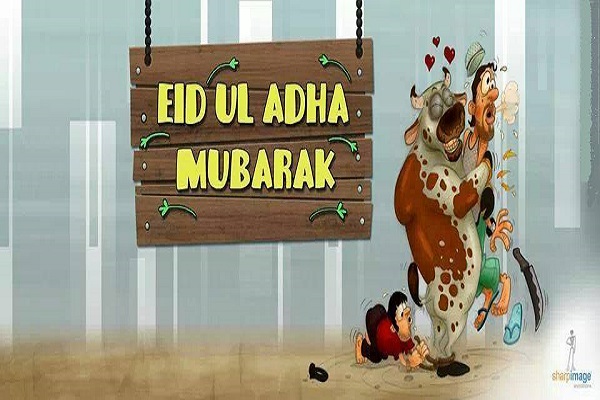 During Eid, the distribution of meat among the people, as well as the chanting of the takbir aloud before and after Eid prayer on the 1st day and throughout the 4-days of Eid, are regarded as significant features of this important Islamic occasion.

The Takbir of Eid prayer consists of:

Women, children, and men are encouraged to wear their nicest attire for Eid prayer, which is held in a huge gathering in an open field known as a mosque or Eidgah. Wealthy Muslims who could afford sacrifice offer their best permissible domestic animals (typically a goat, camel, cow, goat, sheep, depending on the zone) to represent Ibraham’s intention to sacrifice his beloved son.

The slaughtered animals, known as adhiya and called qurbani in Perso-Arabic must meet particular quality and age standards otherwise the animal is regarded as an unacceptable and disobedient sacrifice.

Muslims dress in their best or most recent attire. Women prepare traditional sweets such as samosas and ma’amoul. They get together with their families and friends. 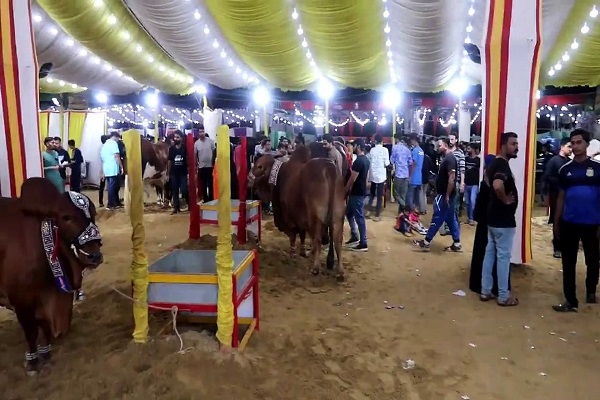 The lunar calendar is 11-days shorter than the solar one. Because the boundaries of crescent visibility differ from the Intl Date Line Eid al-Adha comes on one of around 2-4 Gregorian dates each year in different regions of the world.