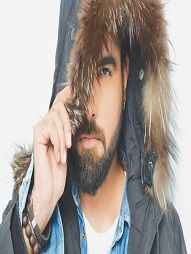 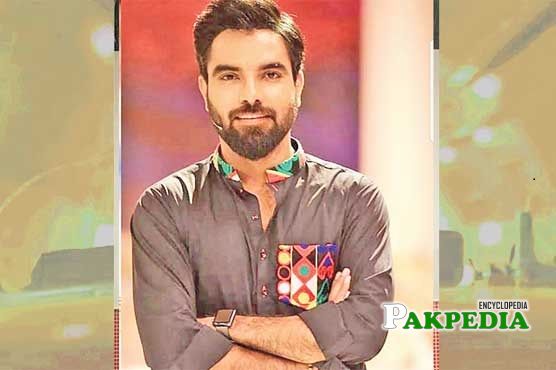 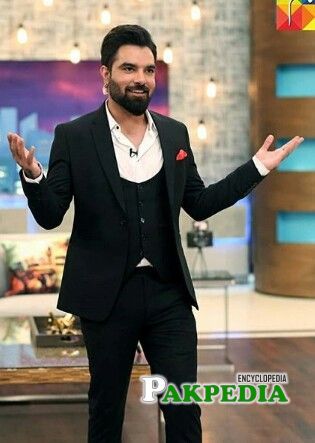 Yasir hussain on the sets of 'The afternoon show' 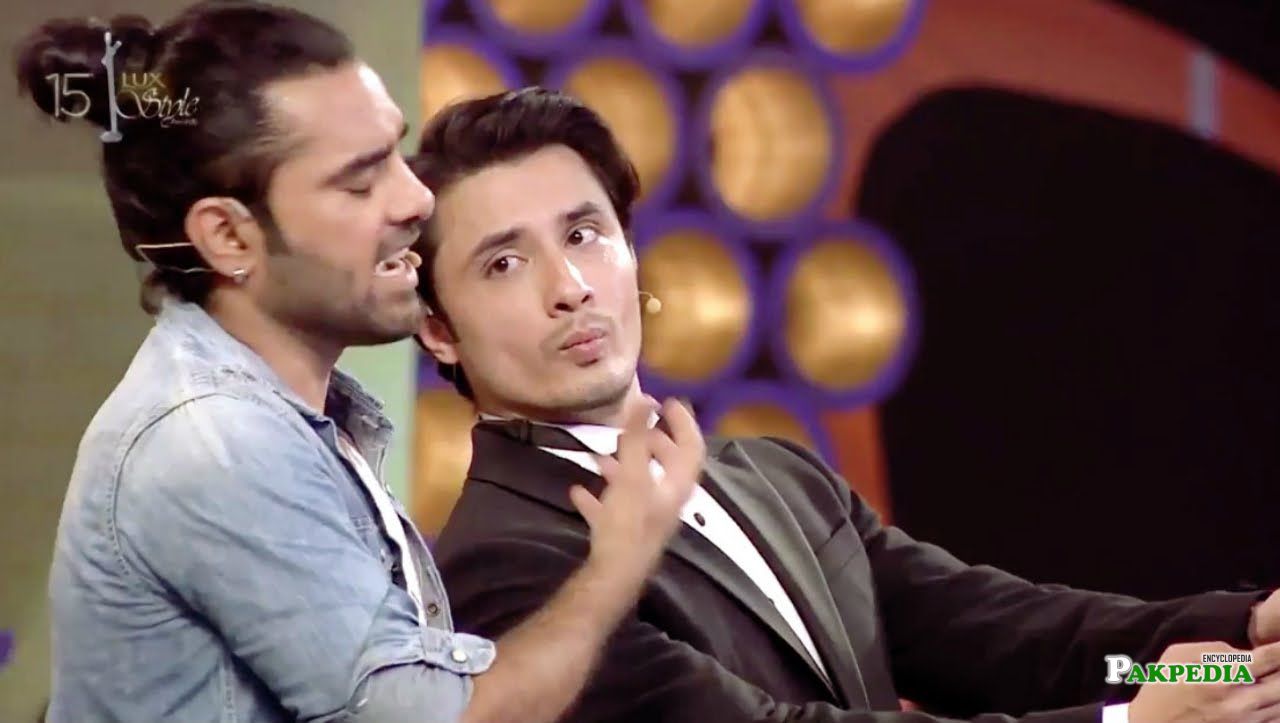 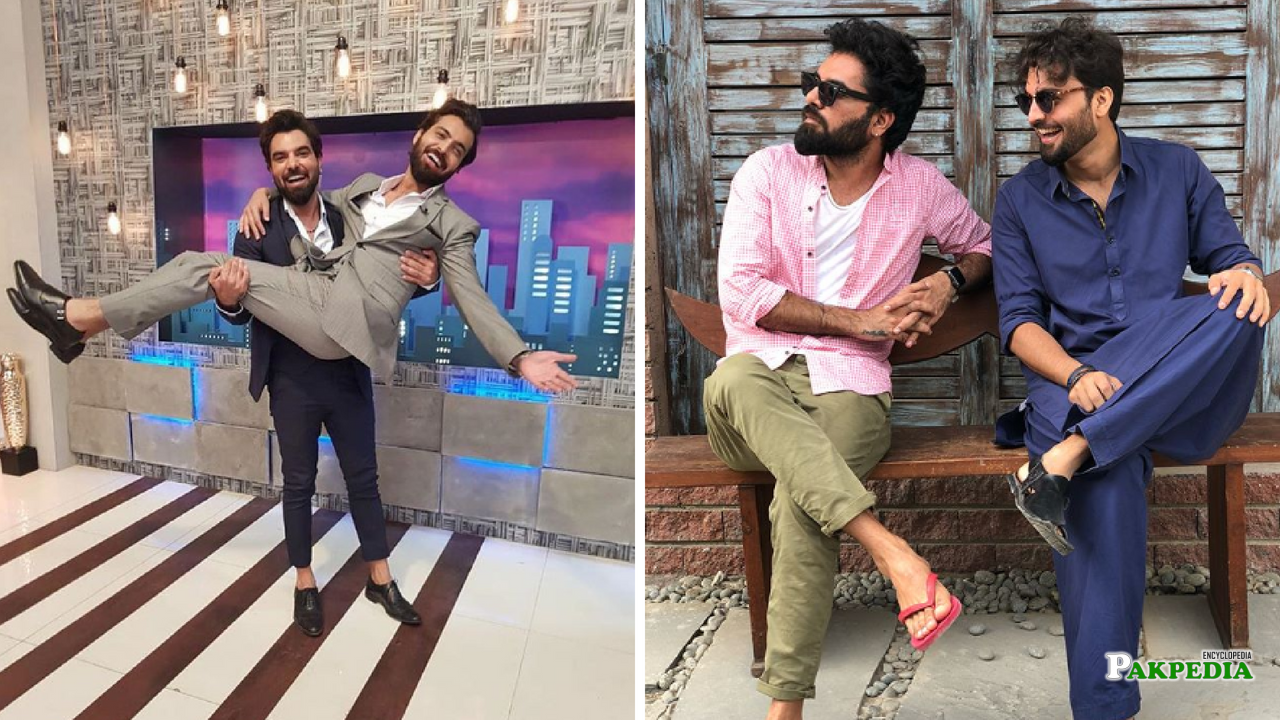 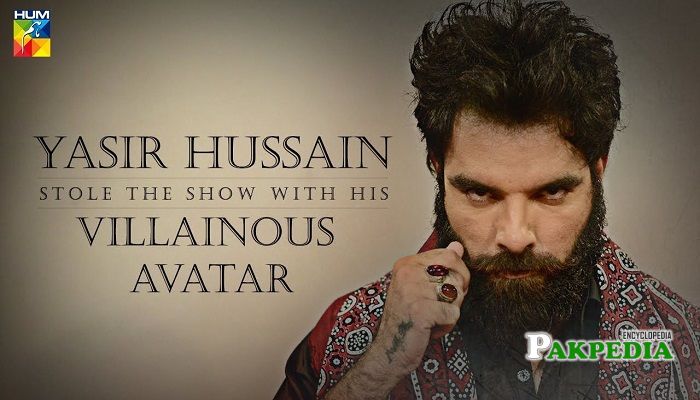 There is nothing which this man can't do. He has looks, he has talent, he has humor and he knows how to rule the hearts of people. He is a known Pakistani actor, Host, Writer who is associated with the Showbiz industry for a long time. He has a deep and strong association with Asad Siddiqui, Wajahat Rauf and Asim Azhar from the industry.

He was born on 29th November 1984 in Peshawar. Currently, he resides in Karachi for his work but his hometown is in Karachi.

He holds the degree of Masters that he attained fromÂ Preston University.

He was born in a Rajput family and is from Azad Kashmir. He is the youngest in a group of twelve siblings, including a sister who's a Dubai-based vocalist, Schumaila Hussain who has sung many Pakistani Osts including 'Muqabil'.Â He got engaged with Pakistan actor, writer and Host Yasir Hussain while the couple revealed the announcement in 2019 Lux Awards.

He officially started his career as a VJ for Aag Tv where he worked for almost 2 years but he didn't pursue it for a lifetime and decided to change his field so he switched to acting and writing.

Yasir remain related with Kopycats Production as they delivered a portion of the extraordinary plays for theater which were composed by Anwar Maqsood like Half Plate, Pawney 14th August, Sawa 14 August, and Saichin and the most well known Aangan Terrha in which he assumed the role of Akbar which was initially played by late Saleem Nasir. After 7 years he was again seen in a theater play Naach Na Jaanay that is a prequel to Aangan Terrha. The play was composed by the legendary Anwar Maqsood on 23rd March 2019 and became the biggest hit of all time.

He has been seen performing in a few dramas and few telefilmsÂ but those few dramas gave him much popularity among the viewers because of his exceptional and astonishing acting in every serial. He gave his first performance in a drama 'Dareecha' in 2012 while his drama 'Happily married' in which he gave a guest appearance multiple times also became a major hit. His serial 'Shaadi Mubarak' which aired on ARY along with Kubra Khan, Asad Siddiqui, Bushra Ansari, Sadia Faisal, and few others became a major hit of 2018 while his telefilm 'Dildarian' got an award of Best telefilm in Hum Awards 2018. He was also being loved for his negative character in Baandi along with Aiman Khan and Muneeb Butt.

Yasir made his introduction in Lollywood with the movie 'Karachi to Lahore' which was composed by Yasir himself and coordinated by Wajahat Rauf. The film was a colossal achievement and conveyed incredible acclaim to Yasir, both as an entertainer and a remarkable essayist. He later went about as lead in the picture 'Lahore Se Agay' matched with Saba Qamar. He has additionally been a piece of Senti Aur Mental and Arth 2. Currently, he is busy with another film Karachi Sai Lahore 3 which is soon going to be released.

It wouldn't be wrong to call him an incredible writer who has written scripts of many serials and movies. In 2015 he wrote the script of 'Karachi Se Lahore' in which he acted too, later in 2016 he wrote the dialogues of movie Ho Mann Jahan starring Adeel Hussain, Mahira Khan, and Sheryar Munawar and in same year he penned down another movie 'Lahore Se agai' in which he also played the main lead along with Saba Qamar. He has been seen writing different telefilms too.

His show 'the afternoon show with Yasir' became a major hit in which he actually portrayed his hosting skills. A number of actors became a part of that show from the industry including Mahira Khan, Ayeza Khan, Humayun Saeed, Mawra Hocane, Reema Khan and many more. Other than this show he has hosted a number of Award shows. He also got the most stylish Host award in 2018.

He is one of those actors who mostly become a part of different controversies. He indulged himself into a serious controversy in 2017 hum awards where he cracked a joke in a normal way but it made offended to all the viewers and they made a target to his comedy but later he saved himself by apologizing. Later he again became the talk of the town for making fun of acnes of Hania Amir.

Rubab Hashim is a beautiful Pakistani actress and

Shuja Haider is a victorious Pakistani singer who

Osman Khalid butt is an accomplished and a good lo

In the good old days Mala was sometimes compared (