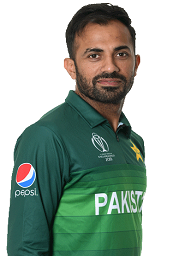 
Wahab Riaz is a left-arm fast bowler known for his sharp bowling speed and ability to reverse the ball once the ball gets older. He usually bowls in the middle overs when the ball loses its shine. He became famous around the cricketing world after his fiery-pace bowling spell in the 2015 world cup quarter-final against Australia in Australia. He bowled plenty of excellent fast bouncer to Australian top-order batsman, especially against Shane Watson made that bowling spell among few of the superb fast-bowling periods in modern-day cricket history. In his initial days, Wahab coached by Aqib Javed and learned a lot from him. This article has all the information about Riaz, including Wahab Riaz Biography. 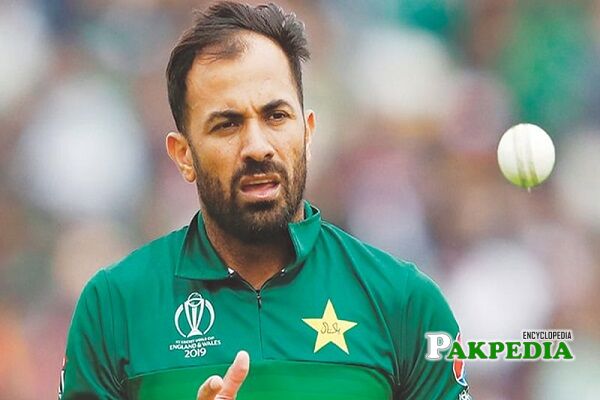 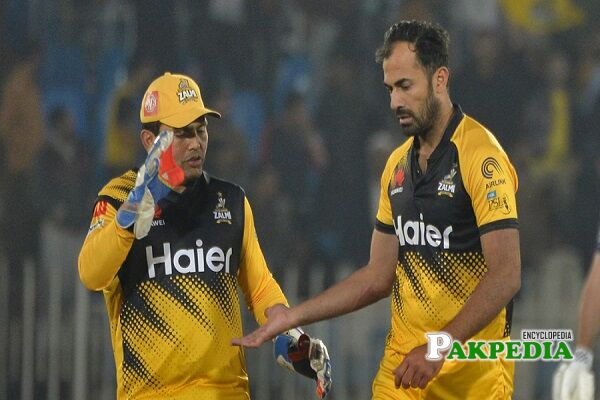 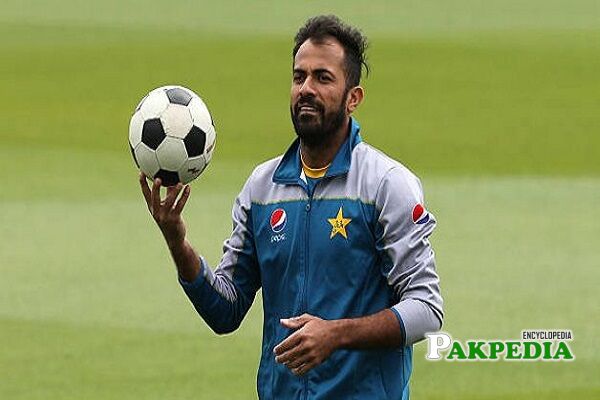 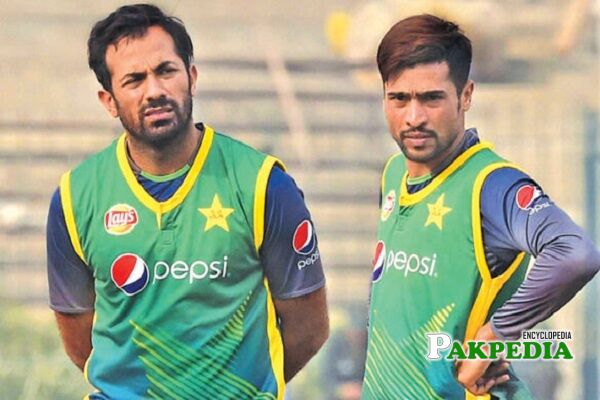 Wahab has played 27 tests, and in 49 innings, he has taken 83 wickets at an average of 34.50. He got two five-wicket hauls and three four-wicket hauls with best bowling figure coming out against West Indies taking seven wickets for 134 runs. Wahab has announced to take rest from test cricket to focus on white-ball cricket. He has played in 89 matches for Pakistan so far and has claimed 115 wickets at an average of 34.87 and an economy rate of 5.71. While Wahab has also appeared in 31 T20s for Pakistan and taken 30 wickets with an economy rate of 8 runs per over.

Wahab was born on 28th June 1985 at Lahore, Punjab, Pakistan. Currently, he is living in the same city.

Wahab is among very few Pakistan’s players who is a university graduate. He studied at Atchison College. Wahab then studied at Islamia College Lahore, and finally graduated and did BSs and MSc Biotechnology.

Wahab is the son of Muhammad Sikandar Riaz Kasana. He is married to Zainab Chaudhary. Wahab also has a daughter whose name is Eshal.

Wahab started playing professional cricket from the year 2000 when he was selected in the under-17 Asia cup. He was also the part of Pakistani under19 and Pakistani A team. He initiated his first-class career by joining the Lahore Lions in 2007. He has played for many other teams, including Lahore Lions, Lahore whites, Lahore Region, National Bank of Pakistan, KPK XI, Baluchistan XI, Pakistan A, Pakistan all-stars XI, Pakistan Greens, and the rest.

Riaz played his first test match on 18th August 2010 against England at the oval. He took 5 for 63 runs in the first innings and scored 27 runs in his first test innings. He became only the ninth Pakistani bowler to claim a fifer in his test debut. He was later selected in the team due to his sheer speed as he quickly clicked 90 mph every time he came into bowl. His lethal pace and ability to swing the ball at that high pace made him an excellent fast bowler, a key wicket-taker, and a partnership breaker. Wahab is a nightmare for the tail-enders as most of the tail-enders as most of them tend to shy away from pace.

He made his One Day International debut against Zimbabwe on 2nd February 2008. Since his debut, he has achieved a lot by winning matches for Pakistan or fighting hard to win for Pakistan in each game. His effort to bowl fast on each delivery sometimes let him bowled extras. His fifer against the Indian team in the world cup semi-final at Mohali is still a great spell.

His great spell against Shane Watson got so much praise from the cricket fans as well as cricket legends. That spell was the top highlight of the 2015 world cup. In the 2015 World Cup, he remained the Man of the Match by securing 54 runs in 46 balls while remained Not out. In the 2019 World Cup, he was included in the list of Pakistan's Squad after being named by Pakistan Cricket Board.