Urdu enjoys the status of being the mother tongue of 80 millions people of the world, mostly residing in two countries Pakistan and India. It also enjoys the status of being the national language of Pakistan and one of the national languages of India. It is also the official language of different states of India like Utter Pradesh, Indian controlled Jammu and Kashmir , etc. It is spoken and understood in many countries of Asia, Africa and Europe and a large number of speakers are also present in USA and Australia. The total count of the people, who can speak and understand Urdu, is more than 200 millions. It is the 20th most populous natively spoken language.

Urdu belongs to the Indo-Aryan family and thus is an Indo-European language. It has developed in the present shape under the great influence of Persian, Arabic, Turkish, Punjabi, and other indigenous languages of Indian sub-continent during the Delhi Sultanate and Mughal Empire from 12th to 18th century.[1]Urdu language sanlp.org.com 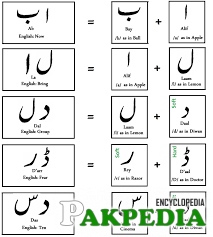 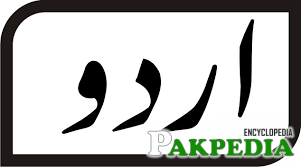 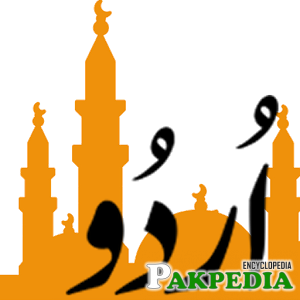 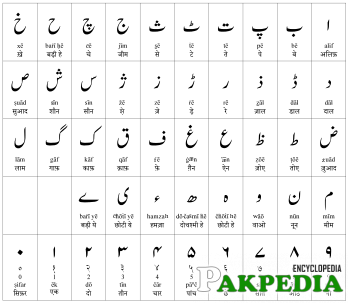 Urdu is transcribed in the derivation of Persian alphabet that is by itself is a derivation of Arabic alphabet. It is read from right-to-left. The shape assumed by a character in a word is context sensitive. It contains 40 characters, 17 diacritical marks, 10 digits, etc. In Unicode, Arabic and its associative languages like Urdu, Punjabi, Sindhi etc. have been allocated 1,200 code points (0600h – 06FFh, FB50h – FEFFh).

The distinguishing characteristics of Urdu are discussed for the benefit of the unacquainted reader. Urdu is greatly influenced by Arabic and Persian languages.

Urdu (اردو) is the national language (قومی زبان) [2] National Language wikipedia.com  lingua franca and one of two official languages of Pakistan (the other currently being English). Although only about 8% of Pakistanis speak it as their first language, it is widely spoken and understood as a second language by the vast majority of Pakistanis and is being adopted increasingly as a first language by urbanized Pakistanis. It was introduced as the lingua franca upon the capitulation and annexation of Sindh  (1843) and Punjab (1849) with the subsequent ban on the use of Persian. According to the linguistic historian Tariq Rahman, however, the oldest name of what is now called Urdu is Hindustani or Hindvi and it existed in some form at least from the 14th century if not earlier (Rahman 2011). It was probably the Indo-Aryan language of the area around Delhi that absorbed words of Persian, Arabic, and Chagatai (a Turkic language)—in a process like the one that created modern English. This language, according to Rahman, is the ancestor of both modern Hindi and Urdu. These became two distinct varieties when Urdu was first Persianized in the 18th century and then Hindi was Sanskritized from 1802 onwards.

The name Urdu is a short form of ‘Zuban-e-Urdu-e-Mualla’ i.e. language of the exalted city. In India the term Urdu, although it means ‘military camp’ in most Turkic languages, was used for the capital city of the king. In other words, the language of the king’s capital was a Persianized form of the language known only by its previous and currently less common name Hindustani. This was shortened to ‘Urdu’ and this term was used for the first time in written records by the poet Mushafi in 1780 (Rahman 2011: 49). It is widely used, both formally and informally, for personal letters as well as public literature, in the literary sphere and in the popular media. It is a required subject of study in all primary and secondary schools. It is the first language of most Muhajirs (Muslim refugees who fled from different parts of India after independence of Pakistan in 1947) [3] Muhajir People urdu language   who form nearly 8% of Pakistan’s population, and is an acquired second language for the rest. As Pakistan’s national language, Urdu has been promoted to promote national unity. It is written with a modified form of the Perso-Arabic alphabet—usually in Nastaliq script—and its basic Hindustani vocabulary has been enriched by words from Persian, Arabic, Turkic languages and English.[4] English language wikipedia

Urdu’s vocabulary has borrowings from various languages. A corpus-based quantitative survey of the etymological origins of basic Urdu vocabulary is shown in the adjacent table. Many of the words of Arabic origin have been adopted through Persian and have different pronunciations and nuances of meaning and usage than they do in Arabic. There are also a smaller number of borrowings from Chagatai, and Portuguese.

Urdu in its less formalised register has been referred to as a rek̤h̤tah [5] Rekhta wikipedia  (ریختہ, ), meaning “rough mixture”. The more formal register of Urdu is sometimes referred to as zabān-i Urdū-yi muʿallá (زبانِ اُردُوئے معلّٰى ), the “Language of the Exalted Camp”, referring to the Imperial army.

The etymology of the word used in the Urdu language for the most part decides how polite or refined one’s speech is. For example, Urdu speakers would distinguish between پانی pānī and آب āb, both meaning “water”; the former is used colloquially and has older Indic origins, whereas the latter is used formally and poetically, being of Persian origin.

Urdu is written right-to left in an extension of the Persian alphabet, which is itself an extension of the Arabic alphabet. Urdu is associated with the Nastaʿlīq style of Persian calligraphy, whereas Arabic is generally written in the Naskh or Ruq’ah styles. Nasta’liq is notoriously difficult to typeset, so Urdu newspapers were hand-written by masters of calligraphy, known as kātib or khush-nawīs, until the late 1980s One handwritten Urdu newspaper, The Musalman, is still published daily in Chennai [8] Chennai wikipedia

Urdu has been one of the premier languages of poetry in South Asia for two centuries, and has developed a rich tradition in a variety of poetic genres. The Ghazal in Urdu represents the most popular form of subjective music and poetry, whereas the Nazm exemplifies the objective kind, often reserved for narrative, descriptive, didactic or satirical purposes. Under the broad head of the Nazm we may also include the classical forms of poems known by specific names such as Masnavi (a long narrative poem in rhyming couplets on any theme: romantic, religious, or didactic), Marsia (an elegy traditionally meant to commemorate the martyrdom of Husayn ibn Ali, grandson of Muhammad, and his comrades of the Karbala fame), or Qasida (a panegyric written in praise of a king or a nobleman), for all these poems have a single presiding subject, logically developed and concluded. However, these poetic species have an old world aura about their subject and style, and are different from the modern Nazm, supposed to have come into vogue in the later part of the nineteenth century. Probably the most widely recited, and memorised genre of contemporary Urdu poetry is nāt—panegyric poetry written in praise of Muhammad. Nāt can be of any formal category, but is most commonly in the ghazal form. The language used in Urdu nāt ranges from the intensely colloquial to a highly persified formal language. The great early 20th century scholar Ala Hazrat, Ahmed Raza Khan Barelvi, who wrote many of the most well known nāts in Urdu (the collection of his poetic work is Hadaiq-e-Baqhshish), epitomised this range in a ghazal of nine stanzas (bayt) in which every stanza contains half a line each of Arabic, Persian, formal Urdu, and colloquial Hindi.

Another important genre of Urdu prose are the poems commemorating the martyrdom of Husayn ibn Ali [9]Husayn ibn Ali  at the Battle of Karbala [22] apples – dawn.com } called noha (نوحہ) and marsia. Anees and Dabeer are famous in this regard.