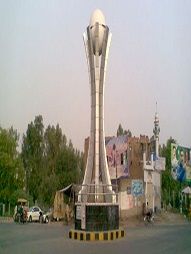 
oba Tek Singh was developed by the British toward the end of the 18th Century when a canal system was built. People from all over the Punjab (currently Indian and Pakistani Punjab) moved there as farmlands were allotted to them. Most of the people who migrated there belonged to Lahore, Jalandhar,hoshiar pur districts. The Imperial Gazetteer of India described the tehsil of Toba Tek Singh as follows: 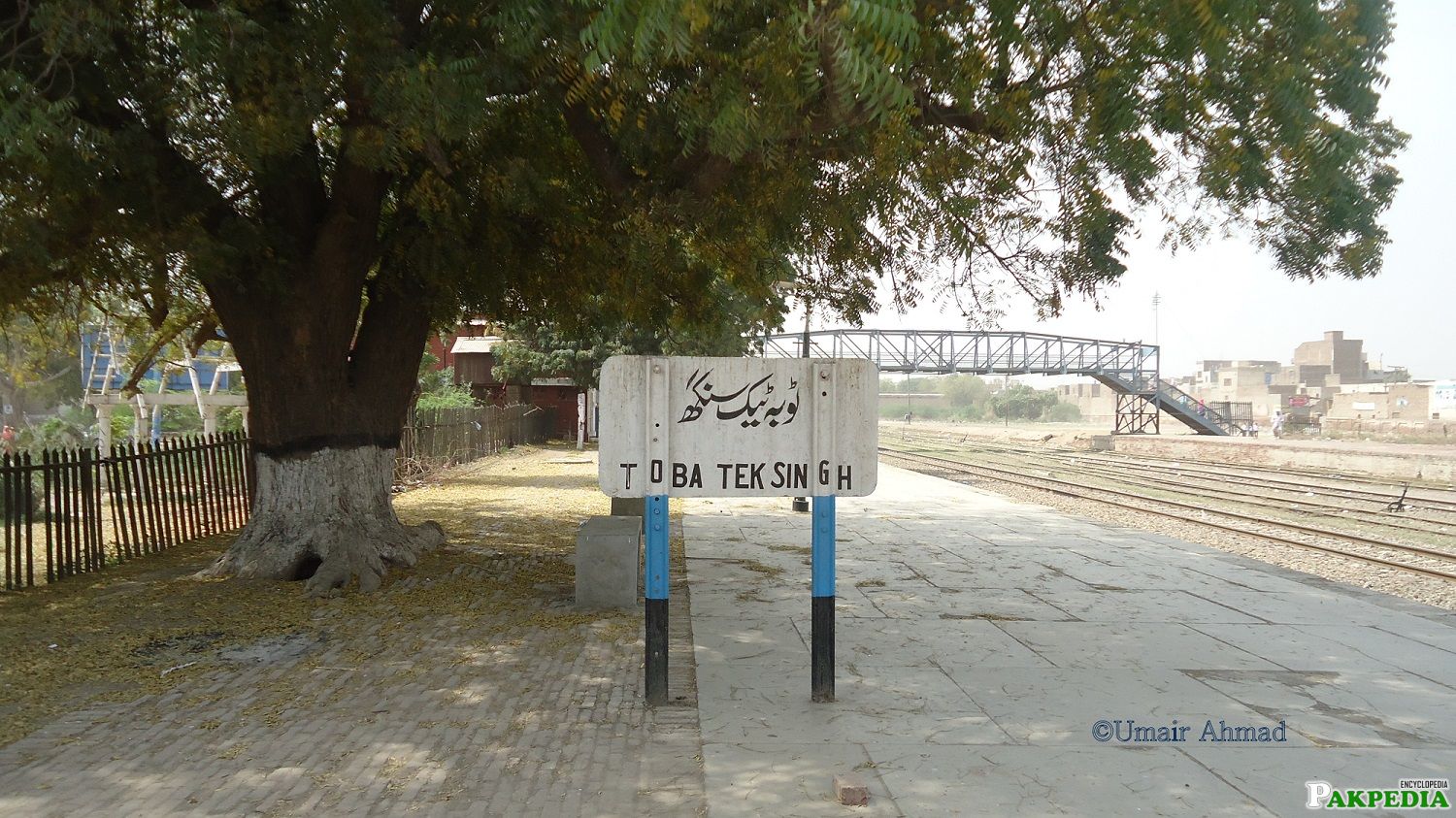 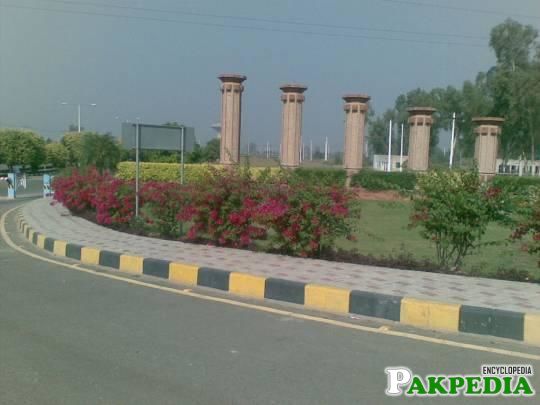 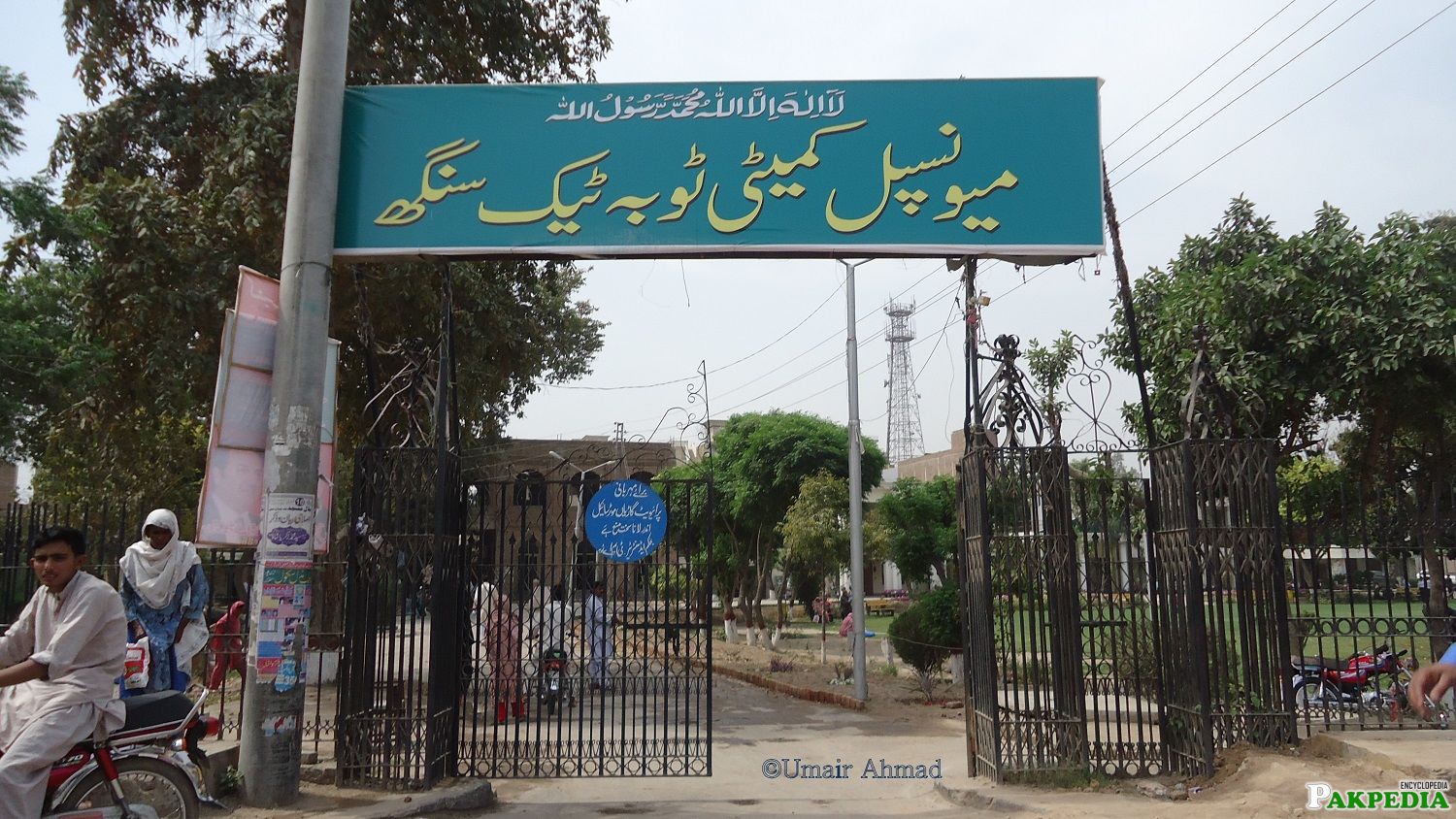 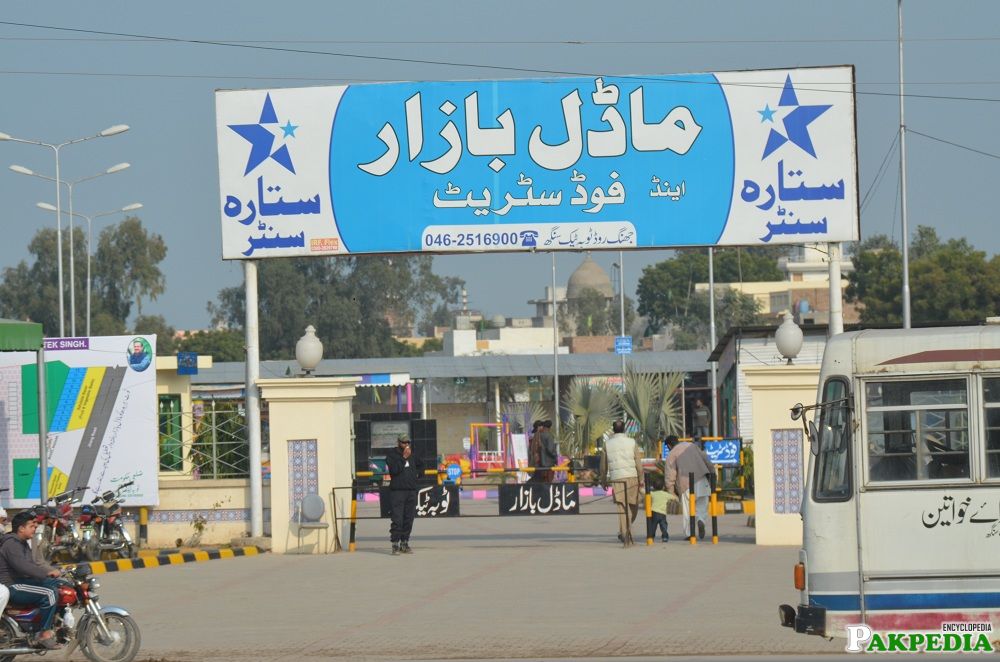 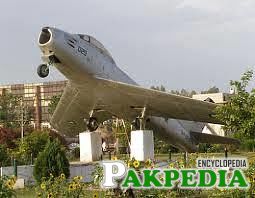 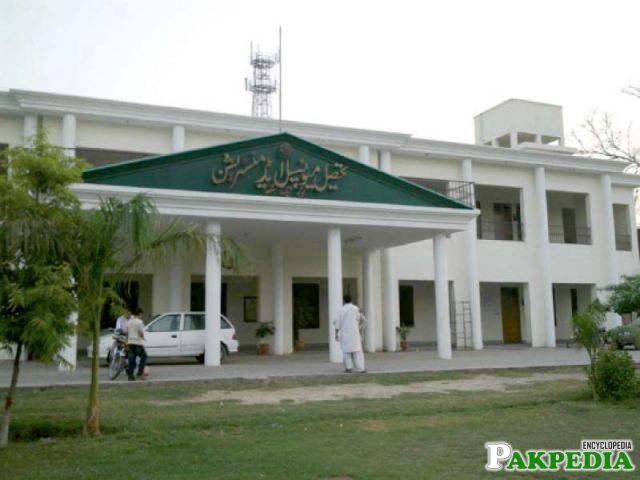 Toba Tek Singh emerged as separated district on the map of Punjab with effect from its July 1982 after detaching it from Faisalabad district. It derives its name from the headquarters town named Toba Tek Singh. This town was founded some times in the beginning of the colonization era. It was named after a Sikh saint. Tek Singh who maintained a pond and used to serve drinking water to the passers-by. He thus rendered a great humanitarian service throughout his life to the community around him. He carried good name through his selfless services rendered to the people and gradually the pond came to be called as Toba Tek Singh meaning thereby the pond of Tek Singh. There was a small Mandi (market) nearby this pond, which subsequently flourished and also named after this pond.The town and district is named after a Sikh religious figure Tek Singh. Legend has it that Mr. Singh a kind hearted man served water and provided shelter to the worn out and thirsty travellers passing by a small pond ("TOBA" in Punjabi) which eventually was called Toba Tek Singh, and the surrounding settlement acquired the same name. There is also a park here named after the Sardar Toba.  Toba Tek Singh was developed by the British toward the end of the 18th Century when a canal system was built. People from all over the Punjab (currently Indian and Pakistani Punjab) moved there as farmlands were allotted to them. Most of the people who migrated there belonged to Lahore, Jalandhar,hoshiar pur districts. The Imperial Gazetteer of India described the tehsil of Toba Tek Singh as follows: "Tahsil of the new Lyallpur District, Punjab, lying between 30°50' and 31°23' N. and 72° 20' and 72°54' E., with an area of 865 square miles (2,240 km2). The population in 1906 was 148,984. It contains 342 villages, including Toba Tek Singh (population, 1,874), the head-quarters, and GOJRA (2,589), an important grain market on the Wazirabad-Khanewal branch of the North-Western Railway. The land revenue and cesses in 1905-6 amounted to 4.7 lakhs. The tahsil consists of a level plain, wholly irrigated by the Chenab Canal. The soil, which is very fertile in the east of the tahsil, becomes sandy towards the west. The boundaries of the tahsil were somewhat modified at the time of the formation of the new District of Lyallpur" [1] Toba tex 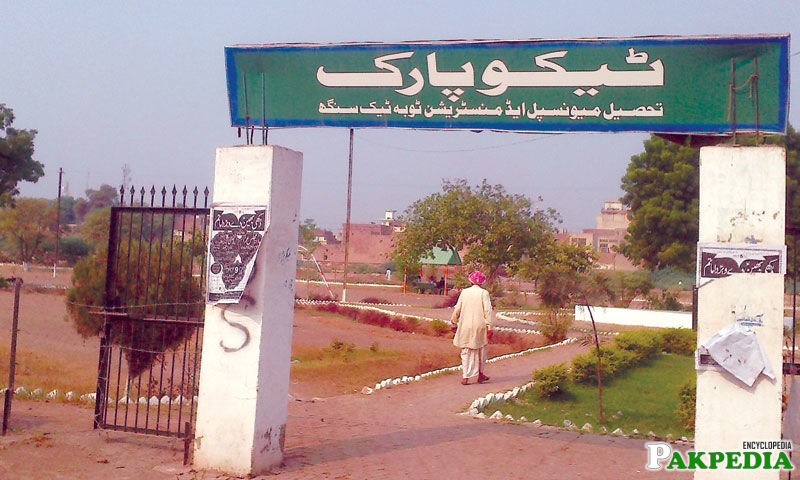 The area now comprising the new district of Toba Tek Singh was originally a part of Jhang District. As a result of reclamation proceeds fresh administrative problems naturally presented themselves and the boundaries of the old district had to undergo extensive modifications and new administrative units were set-up. Lyallpur (Faisalabad) Tehsil in Jhang district was set- up in 1896. Two new Tehsils also in Jhang district were set-up in 1900 with headquarters at Toba Tek Singh and Samundari. The district of Lyallpur (now called Faisalabad) was constituted during 1904 comprising Tehsil Lyallpur, Sammundri and Toba Tek Singh with a sub- Tehsil at Jaranwala. Toba Tek Singh Tehsil was raised to the status of a sub-division in 1930. [6] Toba history

The educational facilities available are less than the requirements. The break-up is given below.

The total population of Toba Tek Singh district was 1,621,593 as enumerated in March 1998 with an interregnal percentage increase of 42,9 since March 1981 when it was 1,134,572 souls. The average annual growth rate was 2.1 per cent during this period. The total area of district is 3,252 square kilometer as against 349 persons observed in 1981 indicating a fast growth rate of the district.

As emerge from 1998 Census the population of district is predominantly Muslims i.e. percent. The next higher percentage is of Christians with 2.8 poinsts, followed by Ahmadis 0.1 per cent. While other minorities like Hindu (Jati). Scheduled Castes etc. are very small in number. The proportion of populations of Muslims is equal in rural and urban areas Christians are mostly living in urban areas representing 2.9 per cent as compared to 2.8 per cent in rural areas. Ahmadis are equal in proportion in urban and rural areas. The following table gives percenting of population by religion in rural and urban areas in 1998.

A person was treated as literate in 1998 Census if he could read newspaper of a journal of same standard and could write a simple letter in any language. The literacy is measured as the ration, in percentage, of literate populations to corresponding population aged 10 and over. The literacy ratio in the district has increased from 30.3 per cent in 1981, to 50.5 per cent in 1998. The literacy ratio for males is 61.3 per cent as against 39.1 per cent for females. The ratio is much higher in urban when compared with rural areas both fro male and female.