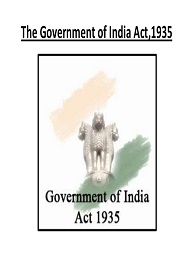 The Government Of India Act (History)

The Round Table Conferences could not achieve their objective and thus failed. However on the suggestions of Round Table Conferences white paper was issued in 1933 and efforts were started to make the constitution of India. A committee was setup under the chairmanship of Lord Linlithgow, the viceroy of India, to consider the recommendations of the white paper. The report of the committee was published in 1934 that was contained in a bill of law. The report along with the bill was passed in the British Parliament. After the Royal assent the Act was enforced in the country as Government of India Act 1935.   The Government of India Act 1935 consisted of two parts. One part was central and the other part was the provincial. The Act was also contained 14 parts and 10 schedules. 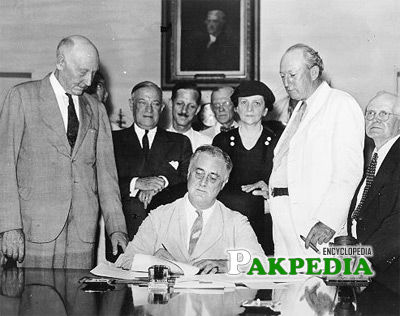 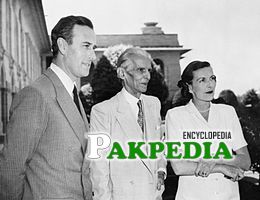 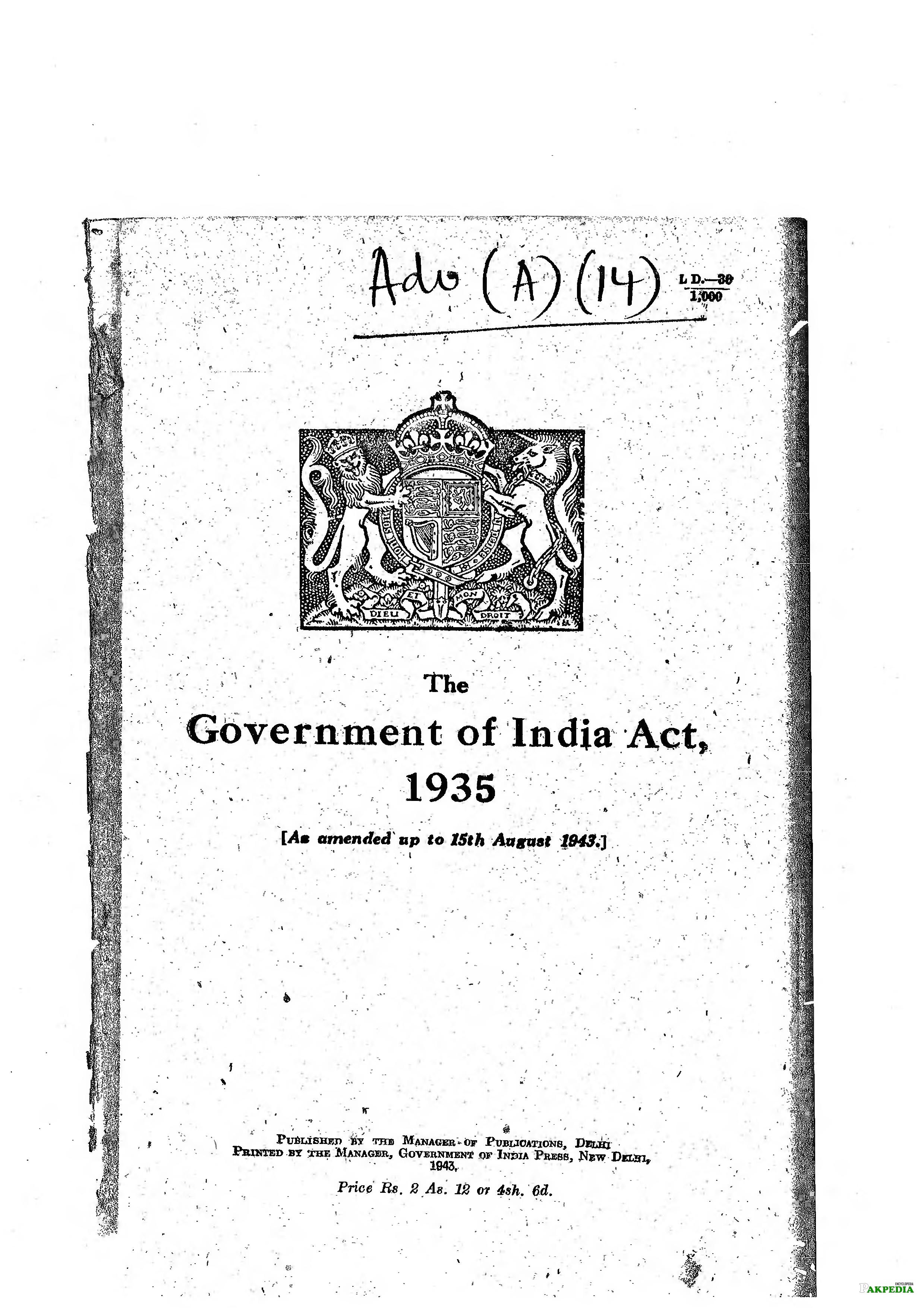 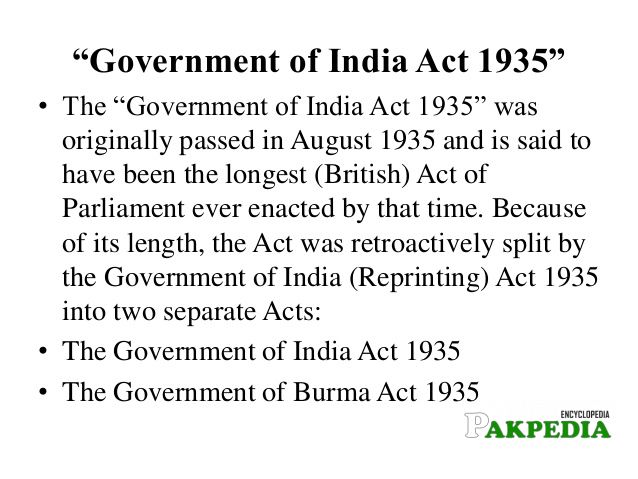 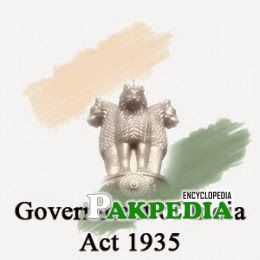 The Recommendation of the British government, as a result of the Round Table Conferences, were written in a white paper , which had to be considered and debated before an Act of Parliment was passed . The final recommendations were complete by late 1934 but it was not until February 1935 that the Bill was passed by Parliment . The delay was the result of fierce opposition from the conservative elements of the British Parliment , who were against the idea of any further Indian political concessions. This Act was formally titled the Government of India Act 1935 and would prove to be the last major legislation that the British would pass before eventual independence in 1947. The Act was divided into parts which were to be gradually incorporated by 1937.

The most important features of the Act was that for the first  time during the British Raj a certain amount of provincial autonomy was to be allowed . This provincial autonomy meant that every provincial government was free to formulate and execute their own programmes and be responsible to their own legislature. The System of Diarchy introduced earlier in the provinces was abolished and was introduced at the center instead. Ministers in the province s were to have control over all departments , except when the governor could use his discretion to intervene for the maintenance of public order . Ministers were still appointed by the governors and the governors retained the power to veto any bill they did not agree with . The new province of Sindh and Orissa were created , raising the total number of provinces to 11.The North West Frontier was also recognised as a full province. The 1935 Act was also important because for the first time during British rule , it gave a large proportion of the local population the opportunity to exercise some power and voice their opinions . It must be remembered , however that to be able to vote there was a property qualification. This limited franchise meant that the majority of the people still did not have the right to vote . The property qualification , however was lowered which gave the vote to a total of 35 million people. This was five times the amount allowed before but still constituted only one-quarter of the adult population . The communal distribution of seats was according to the Communal Award made in 1932. Provisions for a fedral government were established at the center for the first time , which meant that princely states could decide to participate politically in affairs which concerned the subcontinent.

There were to be two houses at the central government level

and the lower house was to have 250 members from British India and 125 members from the princely states . The overall effect of the Act was far less than had been expected by the Congress and the Muslim League . Key positions such as external relations and defence were retained by the British and appointed governors still had vast powers , as did the viceroy . The Council for the Secretary of State for India was abolished and replaced by a team of advisors to the secretary of state. The cost of the India Office was now also to be borne by the British government.  [1] Govt Act