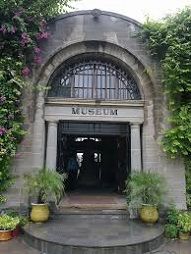 Â Â Â Â Â
In the next hall to the left are stucco sculptures from Mohra MaradanÂ in the wall showcases. To the left is Buddhist sculptures brought from Jaulian monastery. On the floor are are glazed tiles of the Kushana period. 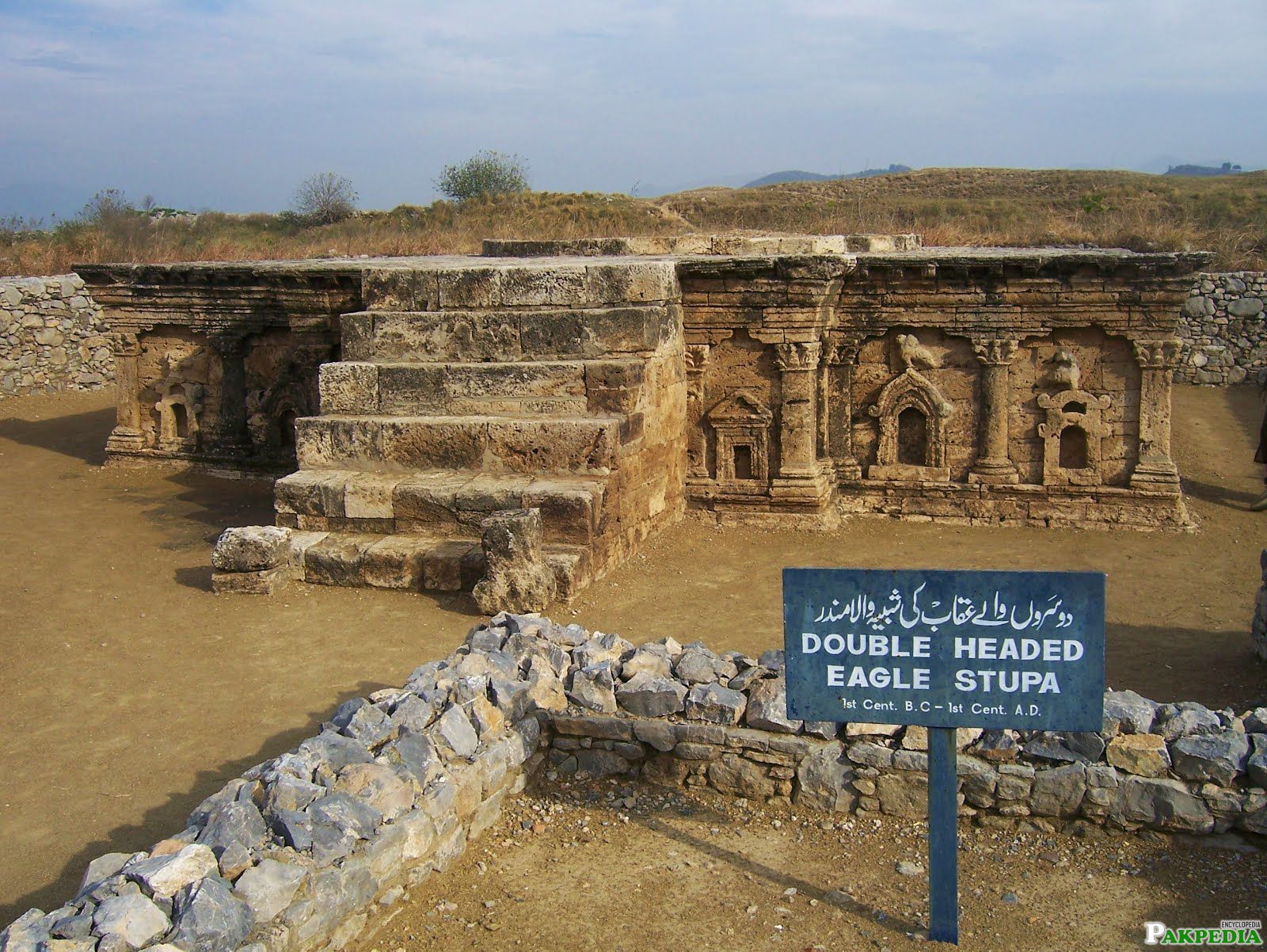 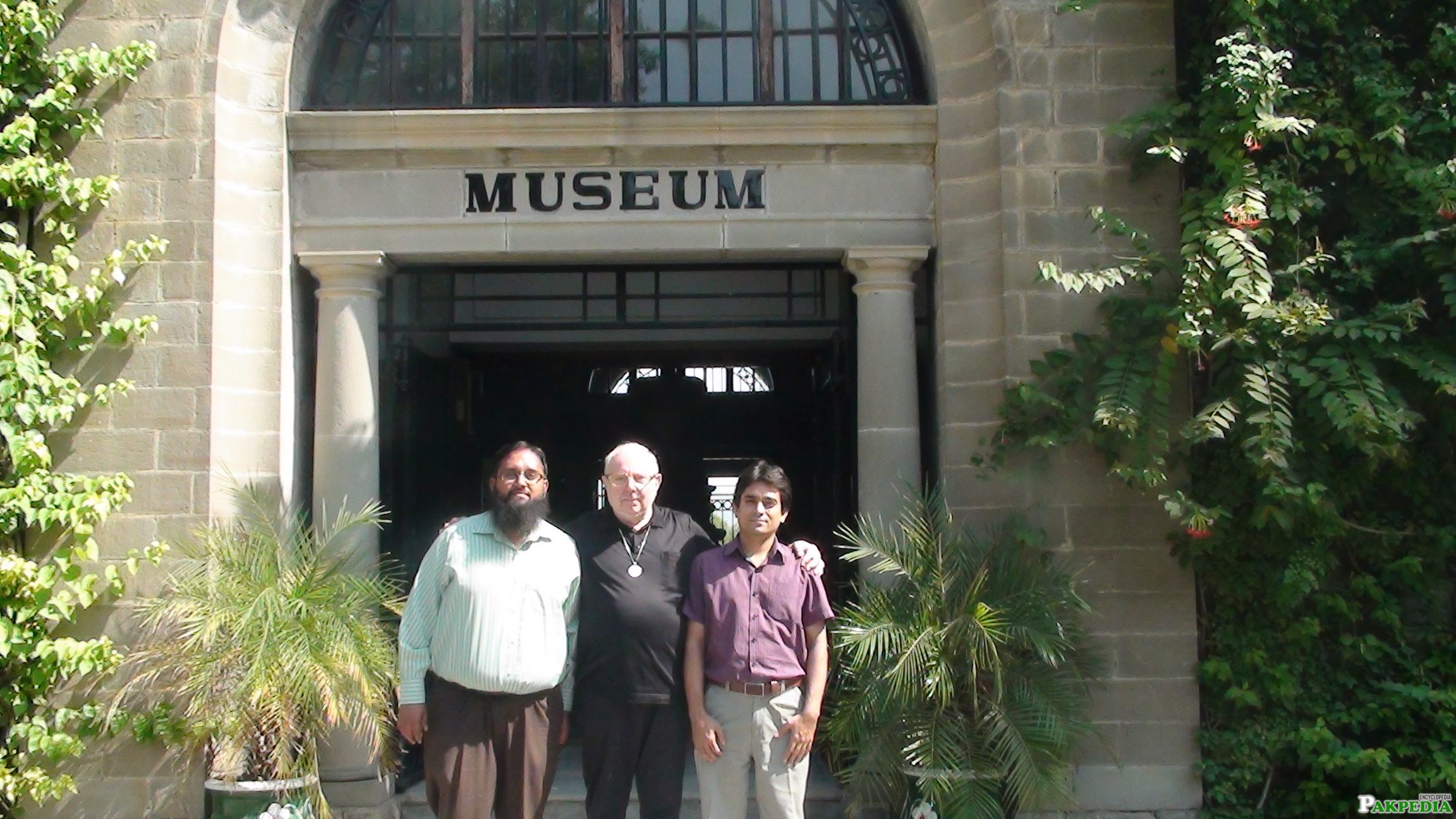 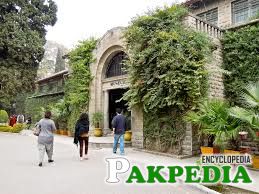 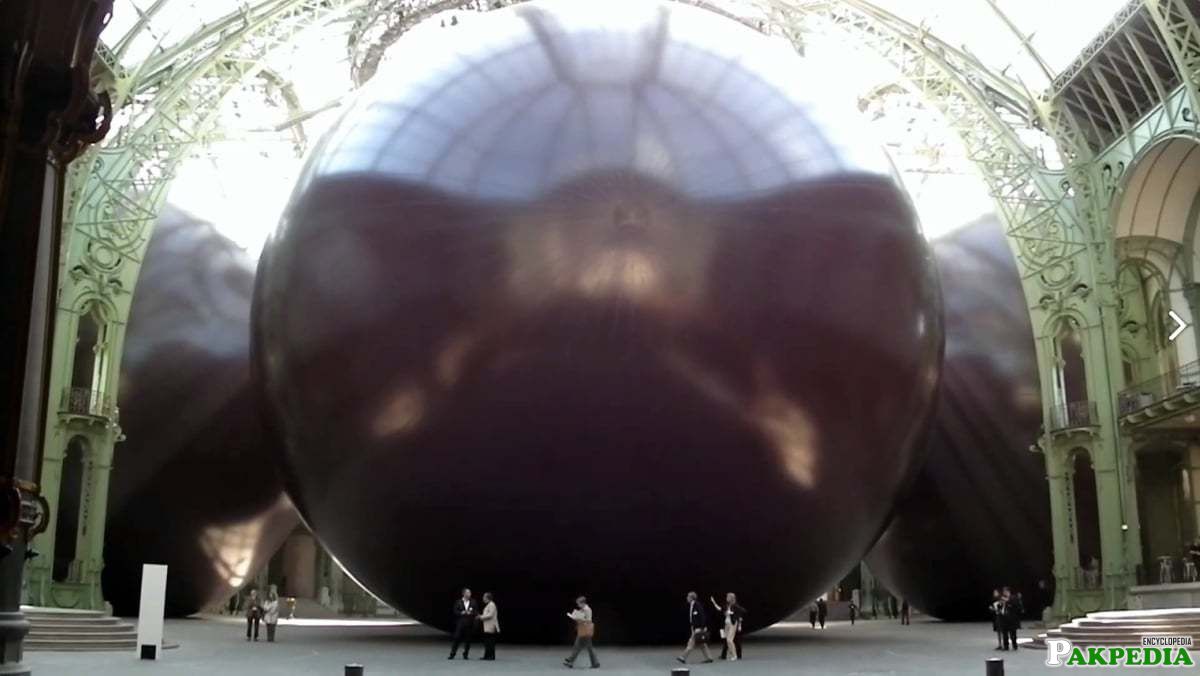 Taxila city is 35 km, 20 minutes drive from IslamabadÂ moving towards north-west where the civilization of Gandhara exists. While traveling on GT road, after crossing Margalla Hills, just turning left from Taxila bypass at Khanpur Lake road about 4 km there is Taxila Museum. Itâ€™s a site museum where the collections of gandhara art are placed, which is about of 600BC to 700BC. Two beautiful & well maintained gardens are also attached with the museumâ€™s building, for visitors to relax and enjoy the natural environment and weather. [1] Taxila Museum 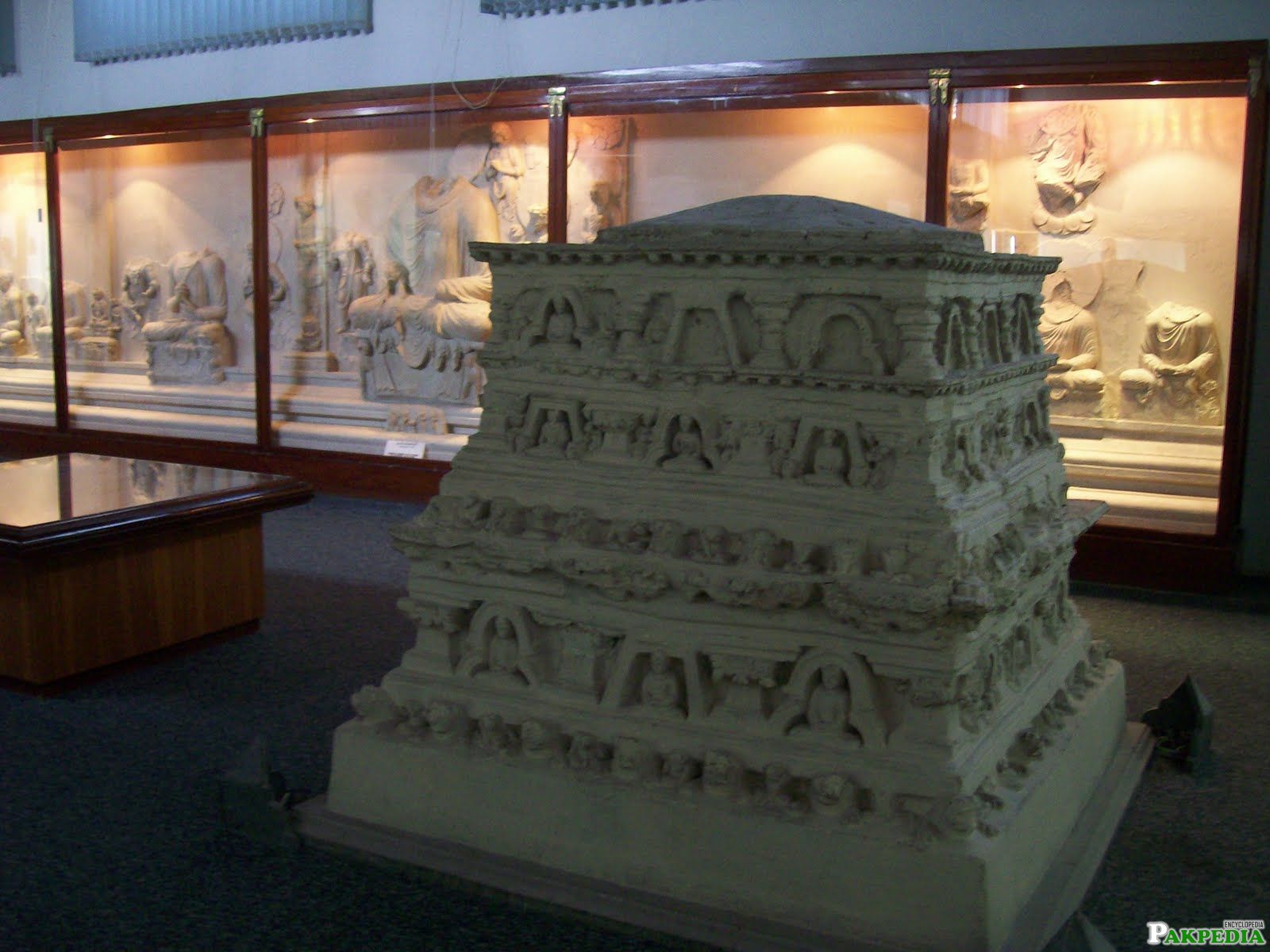 The foundation of Taxila Museum was laid by â€¦â€¦â€¦â€¦â€¦â€¦â€¦..in â€¦â€¦â€¦â€¦â€¦â€¦â€¦.. It is a site museum in so far as all the material exhibited here have been excavated in the different sites of Taxila. The museum was designed in the Greek style and galleries were set up by Sir John marshall, the diretor General of Archaeology in British India. In the six galleries of the museum the material has been presented subject wise. Original objects have been exhibited in the wall showcases and in the middle of the halls are table showcases. The present museum building is only one-fourth of the original plan. The remaining parts are yet to be completed. As we enter, we come to the main big hall, which shows in its middle a complete stupa from the Buddhist monastery of Mohra Moradu. To its left is an archaeological map of Taxila. On its right and left are table showcases exhibiting small finds. If we turn behind and look at the wall show cases we see schist stone sculptures on two sides. They present scenes from the life of the Buddha, other Buddhisattvas, and examples of Gandhara Art. Inone corner are red sand stone sculptures, and on the other wall are two sandstone sculptures, one of a Budhisattva and another of a Suri-god. In the next hall to the left are stucco sculptures from Mohra Moradan in the wall showcases. To the left is Buddhist sculptures brought from Jaulian monastery. On the floor are are glazed tiles of the Kushana period. In the third hall on this side we have stucco heads on the hall showcases. The heads show different faces and hairstyles. The big Buddha heads are typically Gandharan in style. In the middle of the hall area stupa within railing, some relic caskets, and a sleeping Buddha from Bhamala monastery. As we trace our steps back to the main hall, we can enter a small fourth hall, which shows silver and gold jewelry and coins of the local kings. The gold jewellery presents foreign as well as local styles. We can again retrace our steps to the main hall and proceed to the right to the fifth small hall. The first important object is an Aramaic inscription of King Piyadasi Asoka. Then we see a series of inscription written in Kharoshthi and also in Brahmi on paper. Then we see small terracotta figurines and a small terra cotta ceremonial tank model. On the opposite well we see iron objects; arrowheads, nails, horsestrips and plough. Finally we enter the last sixth hall, where, on the wall showcases we see silver glasses of different shapes, bowls and spoons, toilet trays, small pottery pieces, bowls and plates of terracotta and pottery arranged for distillation. On the floor are big storage jars, pestle and mortar and saddle querns.Â [2] Taxila Taxila

In 1918 the construction of this museum is started which completes on 1928, and opened for public. Northern gallery is constructed by government of Pakistan. Visitors from Pakistan and from all over the globe come to see the remains of old civilization, collections and displays. 4000 objects are displayed at museum, which are of the age 500BC to 600BC. About two dozen Buddhist stupas are displayed. These stupas are in same condition as they are discovered during the digging process; some of them are repaired to give the touch as they are in real. Three main religions are supposed to be past, that are Buddhist, Hindu and Jain religions.Â [3] Texila Museum History

Museum has collection of stone Buddhist sculpture. These are all discovered from Taxila during the archaeological work. Local people adopted Gandhara art as home industry and they made some of Buddhist stupas, and statues from stones, as Taxila is famous for its stone work.Â [4] Gandhara Art

Many sites of the Gandhara and other old civilizations are there which are opened for public to visit. You can get information about these historical sites from the museumâ€™s information desk or you can hire a guide if you can afford.Â [5] Other places 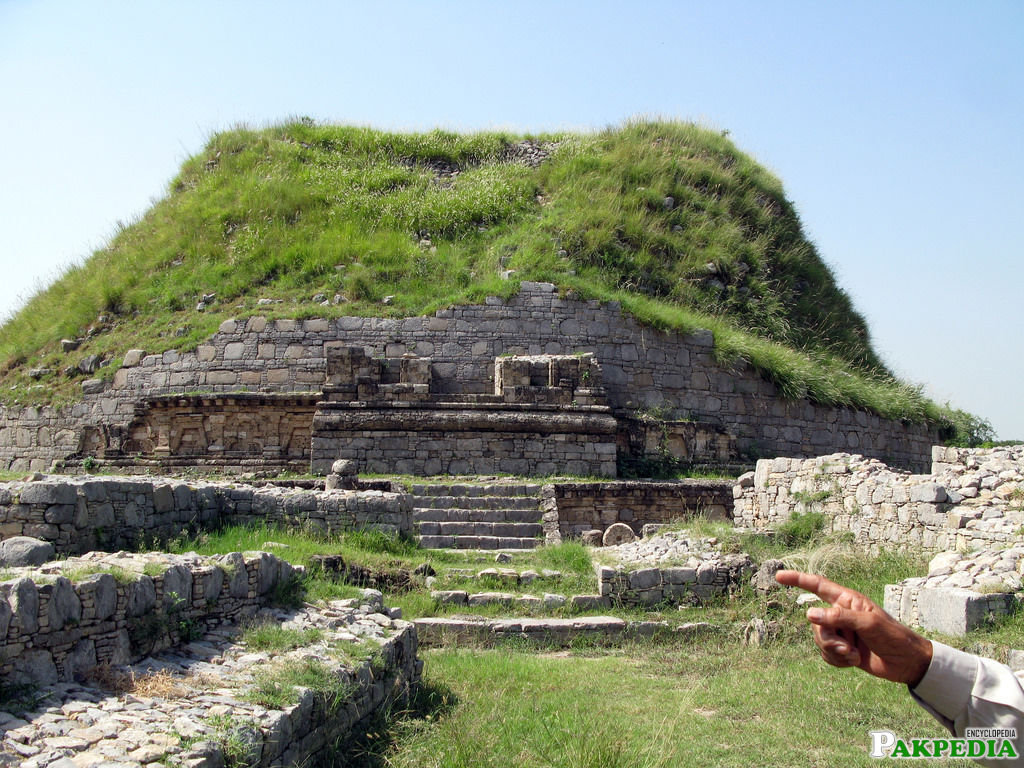 Taxila is the most important Buddhist sites in Pakistan housing about 50 archeological remains from the 2nd century BC to 6th century AD. Taxila was discovered in 1911 - 1922 by Sir Joh Marshal who has been regarded as the discoverer of many other archeological sites including the Indus Cvilization's Moen Jo Daro & Harrappa. Taxila is situated 40 Kilometers away from Islamabad and Rawalpindi. As one drives to Peshawar on grand Trunk road just after Margala pass there is a sign of Taxila Remains on the right. The archeological sites of Taxila include buildings and buddhist stupas from 5th centurey to 6th century AD. The main ruins of Taxila are divided into three major cities, each belonging to a distinct time period. The oldest of these is the Hathial area, which yielded surface shards similar to burnished red wares (or 'soapy red wares') recovered from early phases at Charsadda, and may date between the 6th century BCE and the late 2nd millennium BCE. Bhir Mound dates from the 6th century BCE. The second city of Taxila is located at Sirkap and was built by Greco-Bactrian kings in the 2nd century BCE. The third and last city of Taxila is at Sirsukh and relates to the Kushan kings. In addition to the ruins of the city, a number of Buddhist monasteries and stupas also belong to the Taxila area. Some of the important ruins of this category include the ruins of the stupa at Dharmarajika, the monastery at Jaulian, the monastery at Mohra Muradu in addition to a number of stupas.Â [6] Museum About

How to tour Taxila

Taxila can be visited as an excursion from IslamabadÂ or can be seen enroute to Peshawar or to Besham either way it is best to see the archeological remains of Sirkap and Julian first which are the most important one. Sirkap is the citadal of the city and was a planned city having multicultural people living in it. When you visit Sirkap you can see the interesting style of masonary from Kashan period to the last period of 6th century when the city was destroyed by the while Huns. You will also see some well marked structures which include temples markets and halls the most important of them is the double headed eagle's temple which was a memorial to celebrate all the groups of cultures living in the city. Julian is a 300 meters easy climb you will see a well preserved monestry and the main stupa beautifuly decorated with the statues of Buddha and other deities. THe local guide will explain all the important aspects of the monestry and Stupa. Julian was the place where sanskirat script was invented and it was a well known college in its times (2nd to 6th century AD) After visiting Julian & Sirkap it will be best to see the museum which is well organised and houses some of the most important THE city of Takshasila or Taxilaï¼Œ as it has more familiarly been known to Europeans ever since Alexander the Great's invasion of India, was situated at the head of the Sind Sagar Doab between' the Indus and Jhelum rivers and in the shadow of the MurreeÂ hills where they die down into the western plain. To be more preciseï¼Œ it was a little over 20 miles north-west of the modern city of Rawalpindi and close beside the railway junction of Taxila, where the main line of the North-Western Railway is joined by a branch line from Havelian in the Haripur valley. Here also, in ancient days, was the meeting-place of three great trade-routes: one, from Hindustan and Eastern India, which was to become the â€˜ royal highway' described by Megasthenes as running from Pataliputra to the north-west of the Mauria empire; the second from Western Asia through Bactria, KapisI and Pushkalavati and so across the Indus at Ohind to Taxila; and the third from Kashmir and Central Asia by way of the Srlnagar valley and Baramula to Mansehra and so down the Haripur valley. These three trade-routes, which carried the bulk of the traffic passing by land between India and Central and Western Asia, played an all-important part in the history of Taxila, for it was mainly to them that the city owed its initial existence as well as its subsequent prosperity and greatness; and it was due to their diversion or decline, when trade contacts with foreign countries were interrupted, that Taxila sank eventually into insignificance.Â This matter of trade-routes has an intimate bearing on the question of the date of Taxila's foundation. In the prehistoric days of the Indus civilisation, before roads and vehicular traffic had been developed, the urban population of the Panjab was almost wholly dependent for its transport and communication on the navigable rivers, which flow generally in a direction from north-east to south-west, and it was only on the banks of those rivers that human settlements of any considerable size could beÂ Taxila Museum is one of the oldest museums in Pakistan it has some of the most valuable Buddhist relics and statues from 2nd century BC to 6th century AD. The articles that are displayed are very high value and present the master craftsmanship of the Gandhara art.Â [7]Â How to tour TaxilaÂ

Pakistan Maritime Museum is a naval museum and par