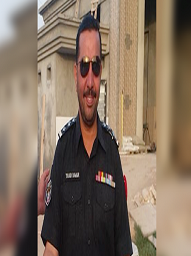 
SP Tahir Dawar who was given the charge of a rural circle earlier this year was found missing on 26th October 2018 from Islamabad but unfortunately, his dead body has been found yesterday on 13th November 2018 in Nangarhar province of Afghanistan. 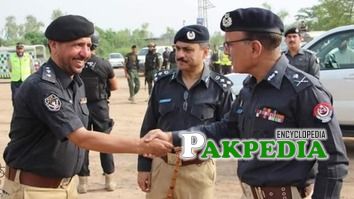 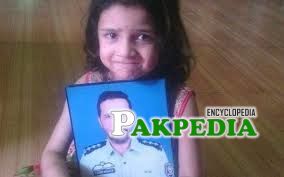 SP Tahir has always been a capable student and always remained very active in co-curricular activities too. He did his Secondary School from GHS Eidak North Waziristan Agency from 1979-1982 and passed his SSC from this School. Then he did Bachelors of Art from Govt Degree College Miranshah. He always participated in different activities during his college tenure including debates and other Student welfare.

Superintendent of Police (SP) Rural Peshawar, Tahir Dawar who went to Islamabad for some operation on 26th October 2018 is missing and all the Police officers are still incompetent to perceive him even after so many days have passed. All the family members of SP Dawar did a press conference where they have given a deadline of 5 days to all the police officers. The conference was also addressed by his 2 young daughters where they have requested to find their missing father as soon as possible.

SP Tahir who was missing from last many days has been found yesterday on 13th November 2018. On Tuesday, a body said to be of the officer Tahir was found in Nangarhar province of Afghanistan. The Senior officer while addressing to media stated that We are still waiting for the body to receive at the Pak-Afghan border yet. He added that the source has notified us while the badly tortured body of the SP went viral before any notification from the senior officers.

Minister of State for Interior Sheryar Afridi spoke about the murder of SP Tahir Dawar in Senate. During his address, he told that the SP Tahir was receiving the threats of death for a long time and earlier his sister and brother in law were also martyred. He added that his FIR was registered on 28th October by his relatives since than Police was trying to find him. Tahir Dawar was kidnapped from Islamabad and then taken to Mianwali then Bannu and then killed in Afghanistan.

Prime minister Imran Khan has alloted 5 Crore donation package to the SP Tahir Dawar's family who was brutally killed last month told by the Minister of State Sheryar Afridi during a Press Conference in Islamabad. He further added that the elder son of SP will be given a post of Assistant Sub Inspector soon while Parliamentary Committee will be created for SP Tahir's case.

He is a professor of medicine, a bureacrat and a m