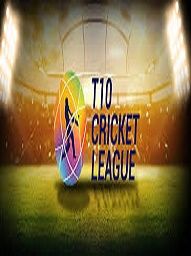 Â Â Â Â
T-10 will be a completely new format of the gentlemanâ€™s game, which will be played at international level by the international stars. Actually, the format T-10 will be having its official commencement with the League titled â€˜T-10 Cricket Leagueâ€™. The league which is all set to introduce a new format of the game has all the excitement a cricket enthusiast actually look out for.Â 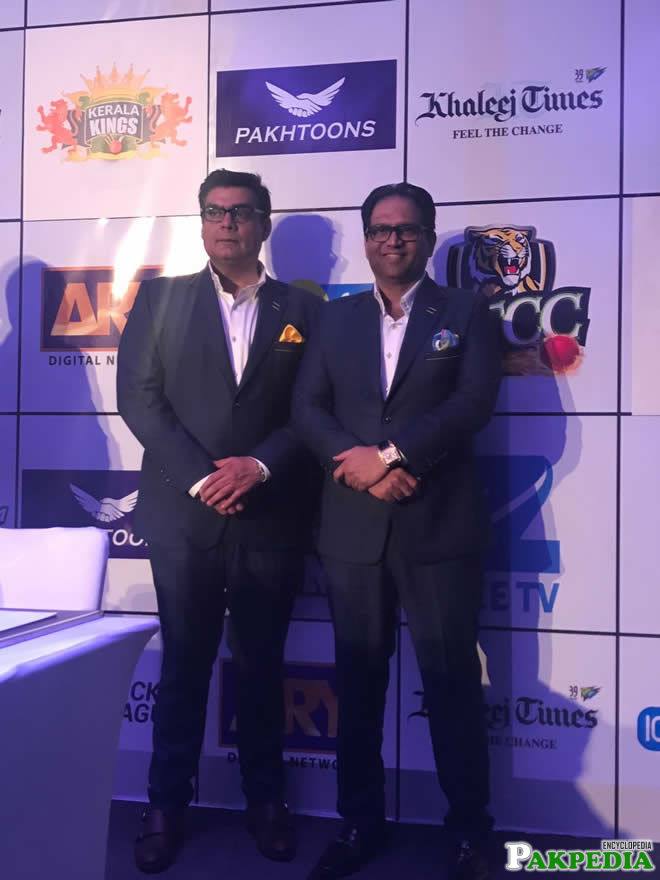 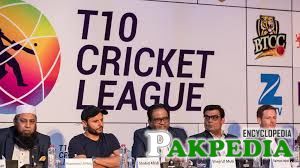 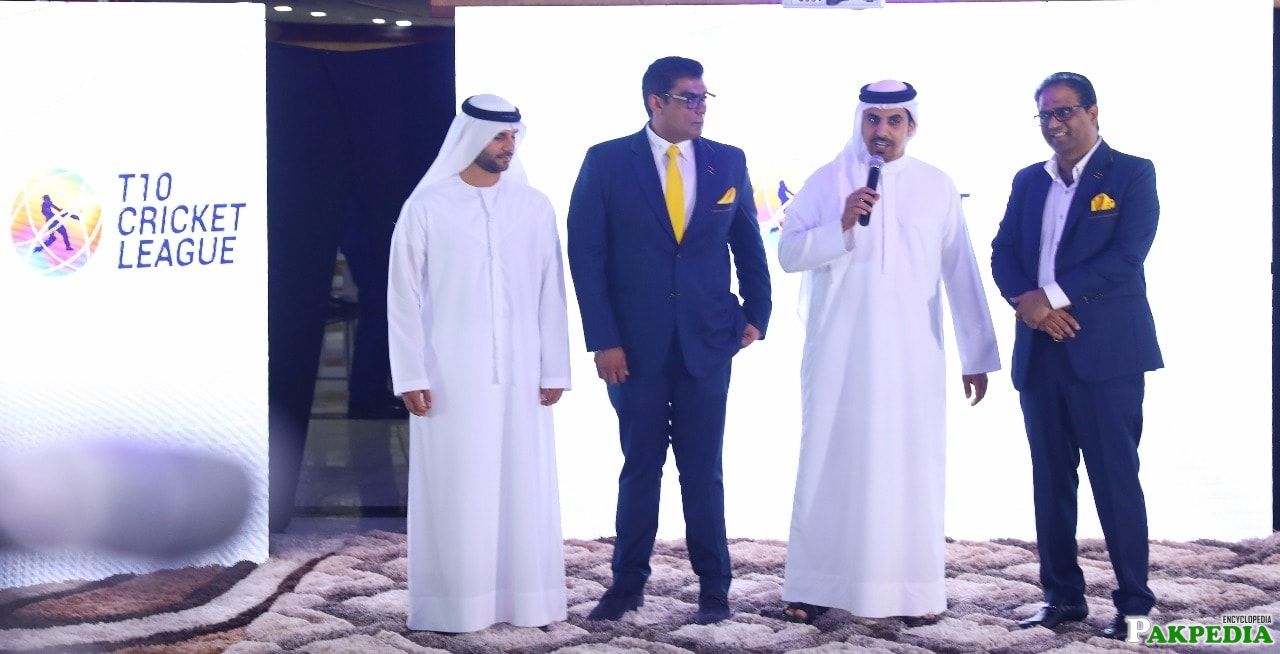 Salman Iqal with the stadium management 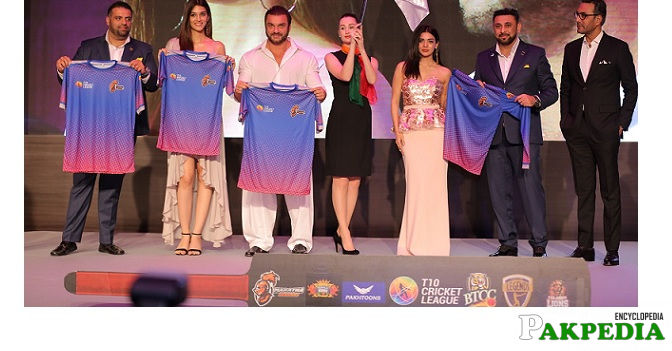 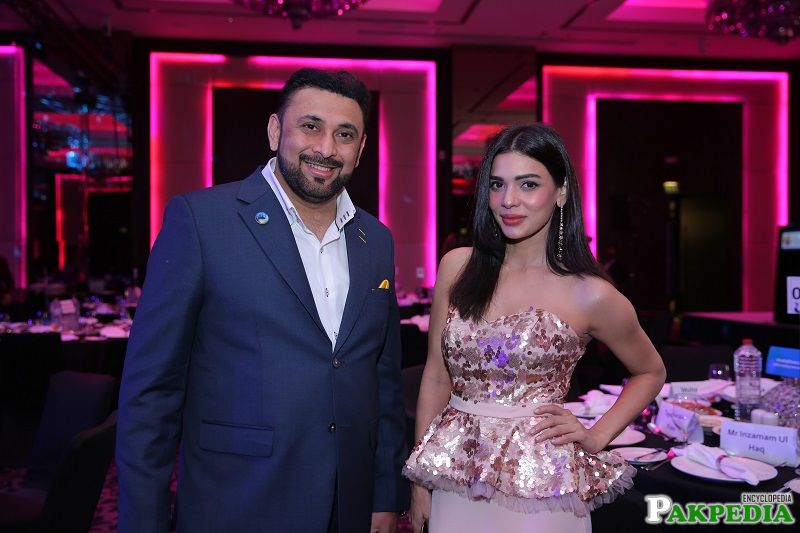 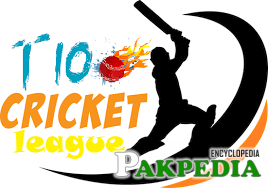 While the Board of Control for Cricket in India (BCCI) proposed Future Tours Programme (FTP) which has triggered fresh debate over the future of long-form cricket.Thereâ€™s non stopping innovations in gameâ€™s shortest format. Almost a decade after the inaugural of World T-20 followed by the Indian Premier League (IPL), changed the idiom of cricket consumption globally, the gentlemanâ€™s game is set for another trimming.Â T-10 Cricket League, a franchise-based, ten over a side event could be the latest game changer, with some, like Englandâ€™s limited-over skipper Eoin Morgan, believing it to be ideal for Olympics.Â [1] origin Â 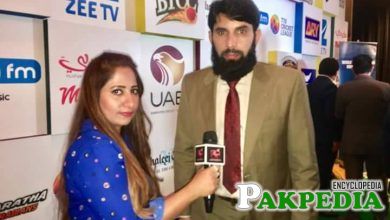 Chairman of the T10 Cricket League 2017, Shaji Ul Mulk, while speaking to Gulf News said he is expecting to create a new benchmark in the annals of cricket. "We want the cricket to be serious and keenly contested and hence resisted all temptations to experiment with fancy rules. We tried to stay close to the T-20 rules and the changes that have been made have come by default. When you half the T-20 game, rules will change. In T-20 bowlers are permitted four overs and in this only two overs. We want people to like what they are used to.For example, there was a suggestion to make T-10 with only 10 players, we were tempted but we did not want to do it because cricket is a 11-playersâ€™ game and we did not want to reduce it."Â

This unique cricket fair is set to be held from December 14 to 17 at the Sharjah Cricket Stadium. 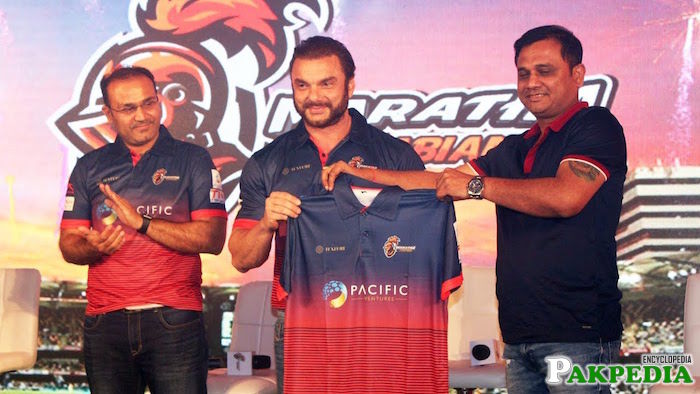 The President and CEO of ARY Digital Network, Salman Iqbal is the president and partner of the T10 League. It will be worth mentioning here that Iqbal is also the owner of the PSL team Karachi Kings.. On the inaugration ceremony of T-10 league, Salman iqbal said that"Â Everyone has played T-10 cricket on the streets and this will give more fire to cricket. He also added that this format would proved to be more tricky towards batsmen as well as bowlers. it will be Â big step forward and people will definitely enjoy it".Â [2] speach Â 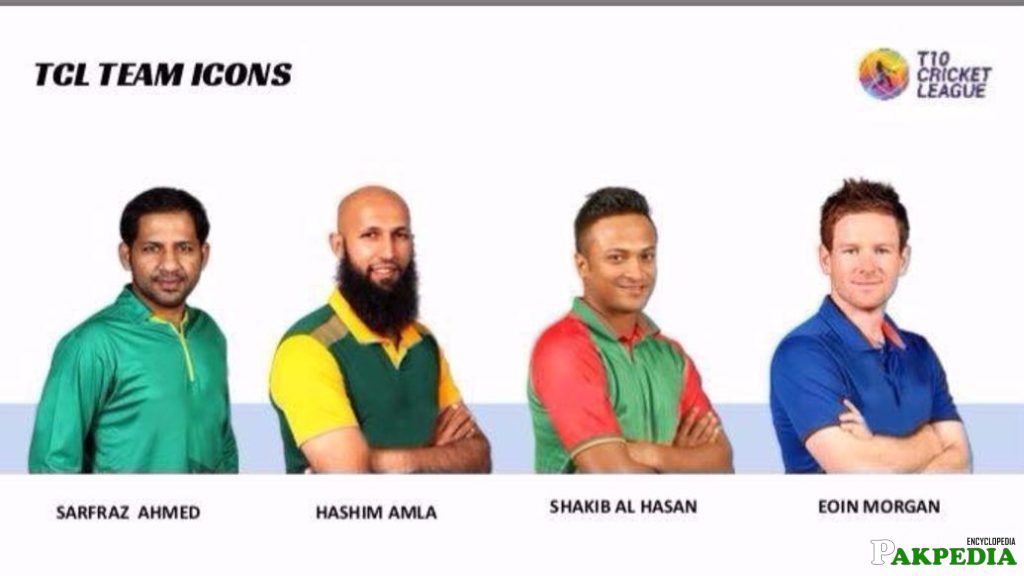 The thing which makes cricket fans more enthusiastic about this new format is that it will rain sixes and fours, which makes it even a better version than the T20 format.Â Rules of play for the first ever T10 Cricket League scheduled to start on Dec. 14 at the Sharjah Stadium are finalised during the Team Owners' and Directors meeting held at Capital Club, DIFC, Dubai.Â [3] rules Â  The Owners also restated the basic rules for the games.Â  The Owners and Directors also decided that they will soon be circulating the ICC Anti Corruption and ICC Anti Doping Codes. In addition, they intend to have education sessions on Playing Conditions. 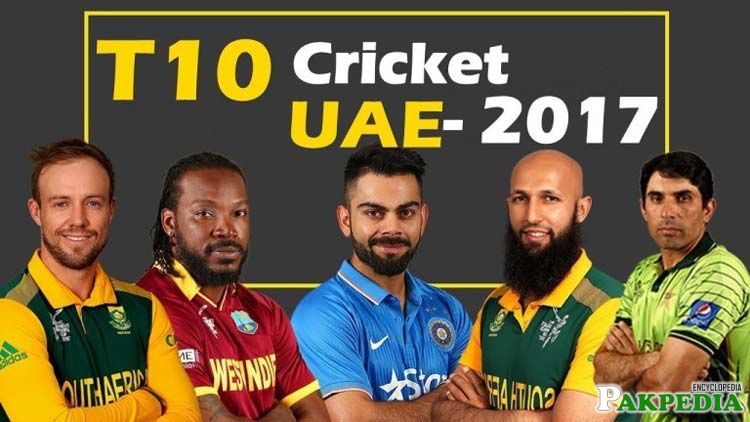 The six teams that will participate in the T-10 tournament consists of 11 players in each team. Details are given underneath:Â [5] squad Â 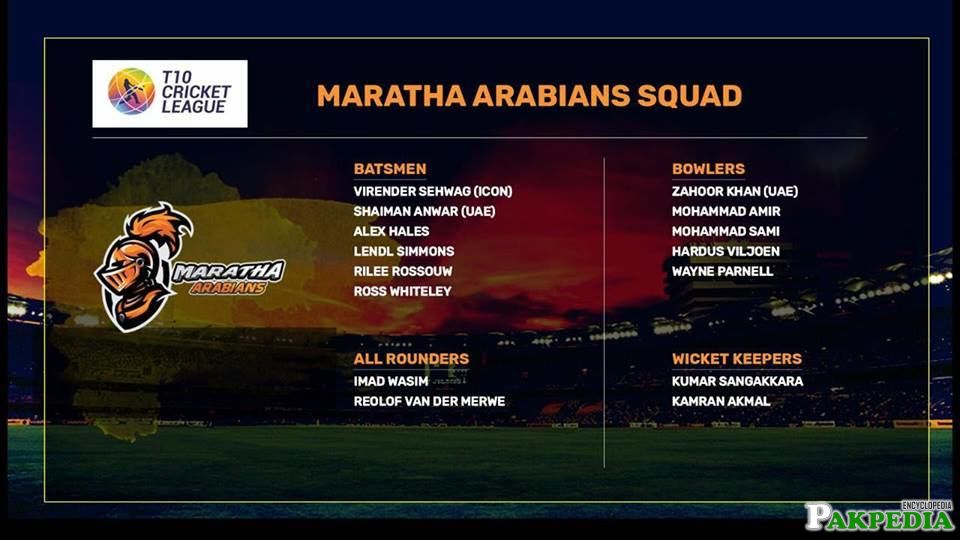 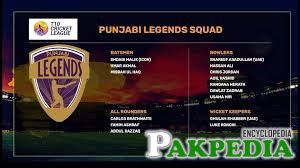 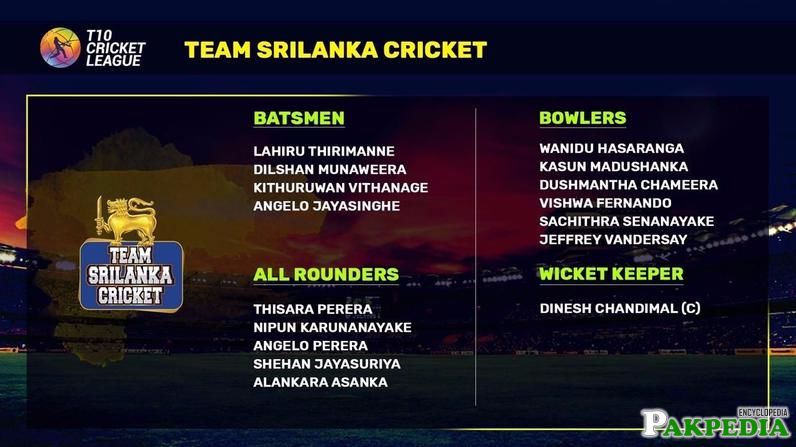 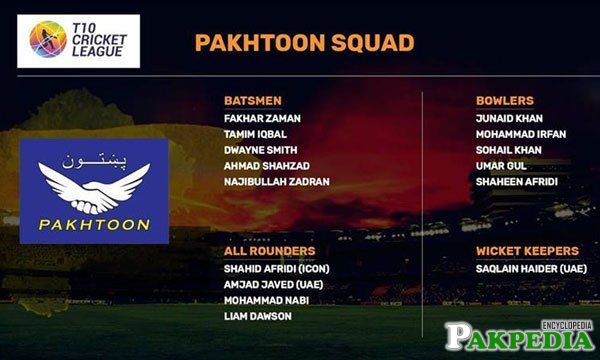 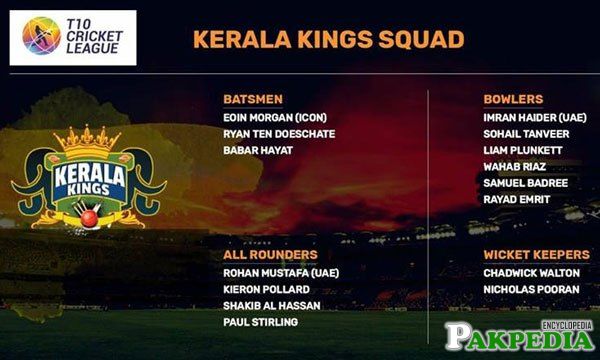 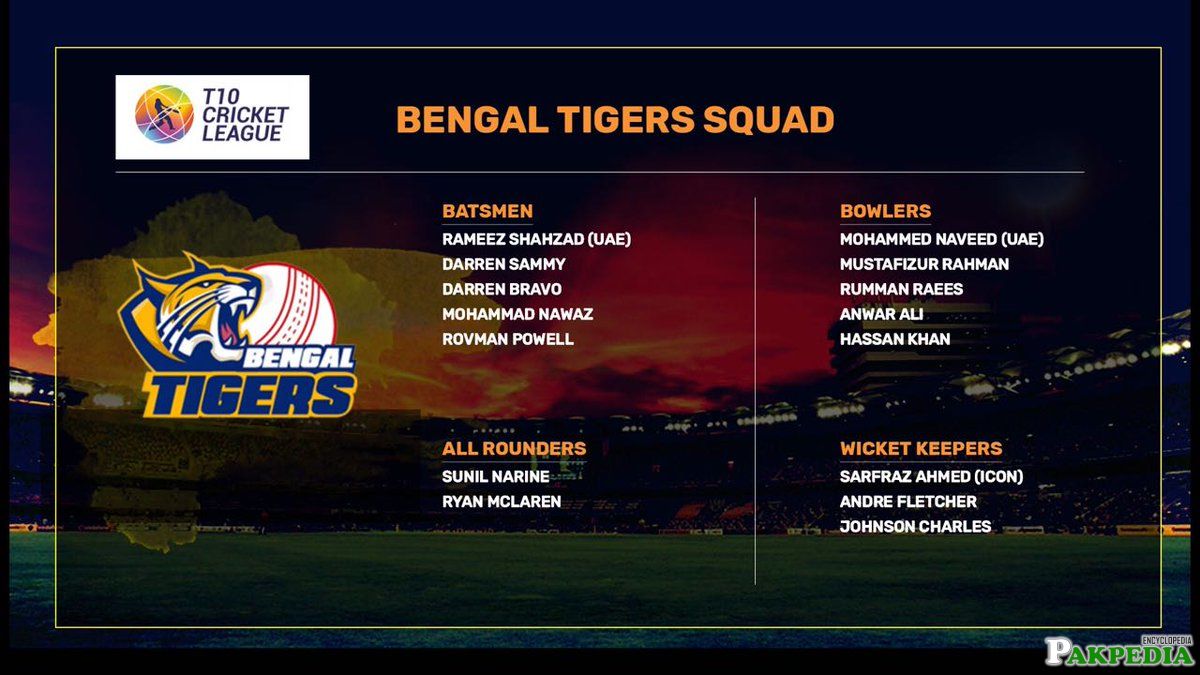 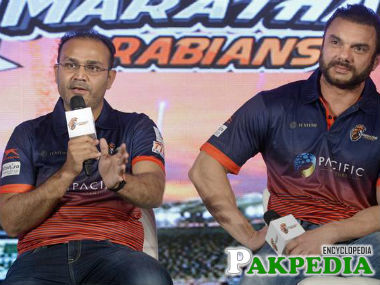 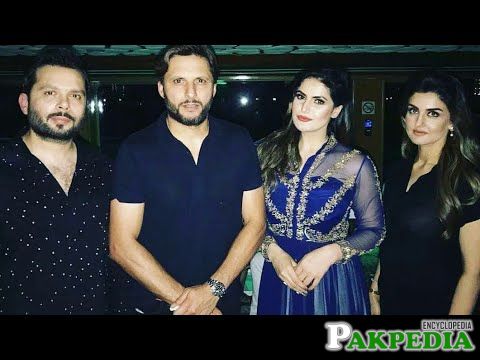 To cater these international stars and boost the leagueâ€™s reputation around the globe, T-10 Cricket League will be giving away multi-million studio apartments for top performers. Ali Tumbiâ€™s Aqua Properties have announced to present Dh 500,000 (roughly Rs. 15 million) worth of a studio apartment to anyone who scores a century in a T10 match. Moreover, luxury Hublot Rolex standard watch, worth nearly Rs. 4.6 millionÂ  will be given to all half-century makers. This is indeed a great incentive for all the players looking to join the league for next year.Â [7] incentives Â