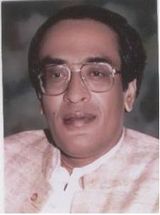 Muzaffar Shah also famous as Syed Muzafar Hussain Shah is a Pakistani politician.He is a member of Senate of Pakistan.Muzaffar Shah remained Speaker of Provincial Assembly of Sindh for seven years in 1986, 1987 and partly 1988.He belongs from Pakistan Muslim League Functional (PML-F). Syed Muzafar Hussain shah entered politics in 1980.He was Minister for Industries & Mineral Development, Government of Sindh from 1983-84.He also remained Speaker of Provincial Assembly of Sindh for seven years in 1986, 1987 and partly 1988.Syed Muzafar Hussain Shah was elected as a member of senate during the senate elections of 2012. He took the oath and assumed office on 12th March, 2012. His six years long term will end in March 2018. His seat description is Technocrats including Ulema. Currently he is associated with a number of committees of Senate, namely; The Drafting Committee of the Committee of the Whole, Business Advisory Committee, The Performance of PIA, Oversight Committee, Bipartisan Special Oversight Committee, Delegated Legislation, The Right to Information Bill, 2016, Ethics, Foreign Affairs, Law and Justice, Committee on Rules of Procedure and Privileges and The Project of China-Pak Economic Corridor. He is also serving as the chairman of The Twenty Four Demands made by Government of Khyber Pakhtunkhwa, National Food Security and Research and Issue of Lapse of Various Foreign Scholarships committee.[2]  Political Career

Syed Muzafar Hussain Shah has served in the capacity of Senior Vice President, Pakistan Muslim League (Functional) and as a member Majlis Shoora.

Visits to Other Countries