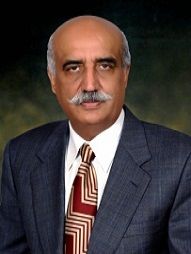 
Syed Khurshid Ahmed Shah  born 20 April 1952) is a Pakistani politician and lawyer who currently serving as the Leader of the Opposition in the National Assembly of Pakistan. A leader of the Pakistan Peoples Party (PPP), Shah born in Sukkur and was educated at the Government Islamia Science College Sukkur.[1] National Assembly,Encyclopedia 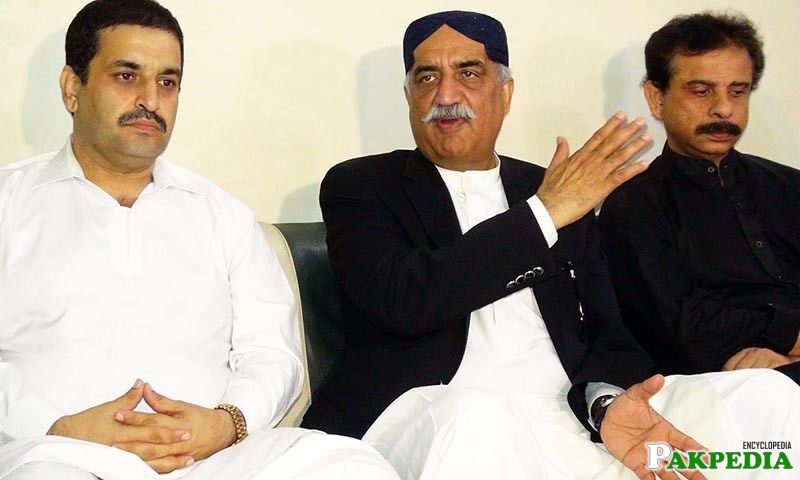 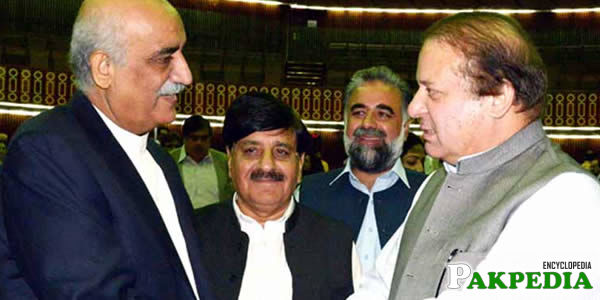 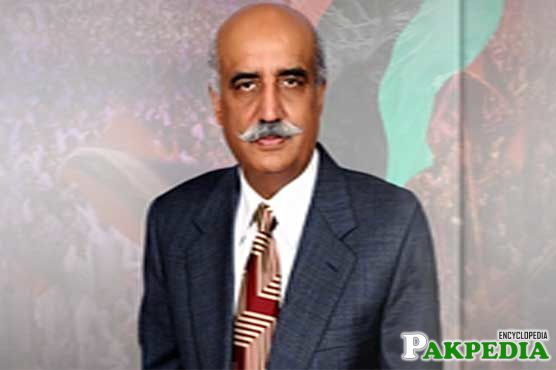 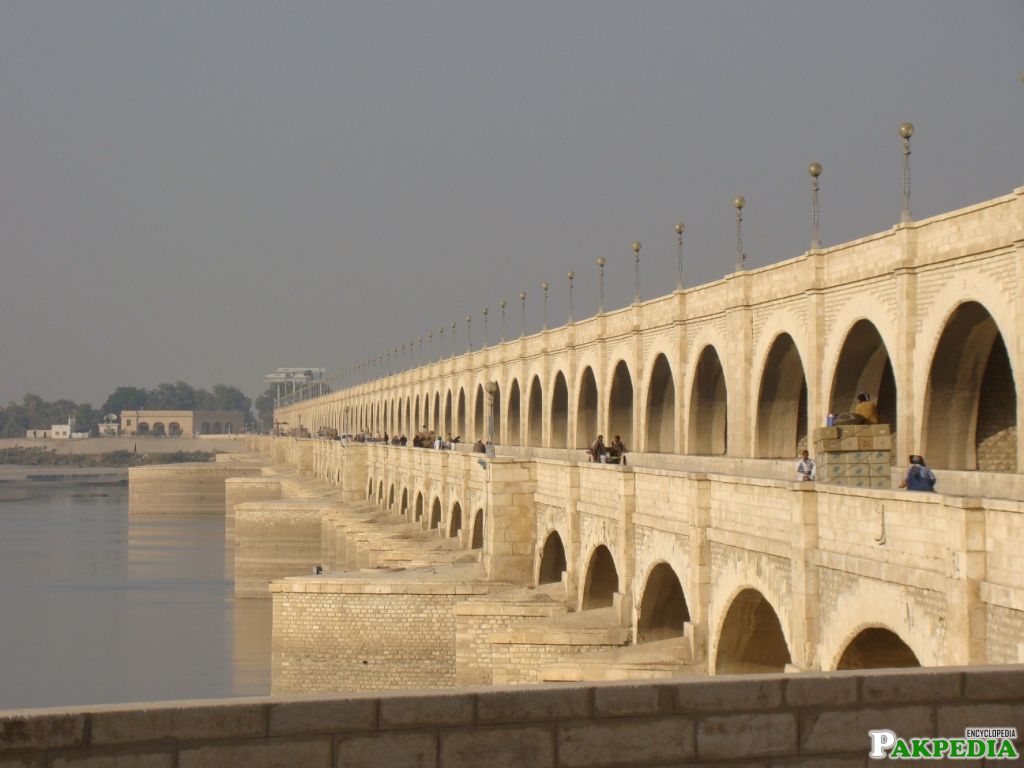 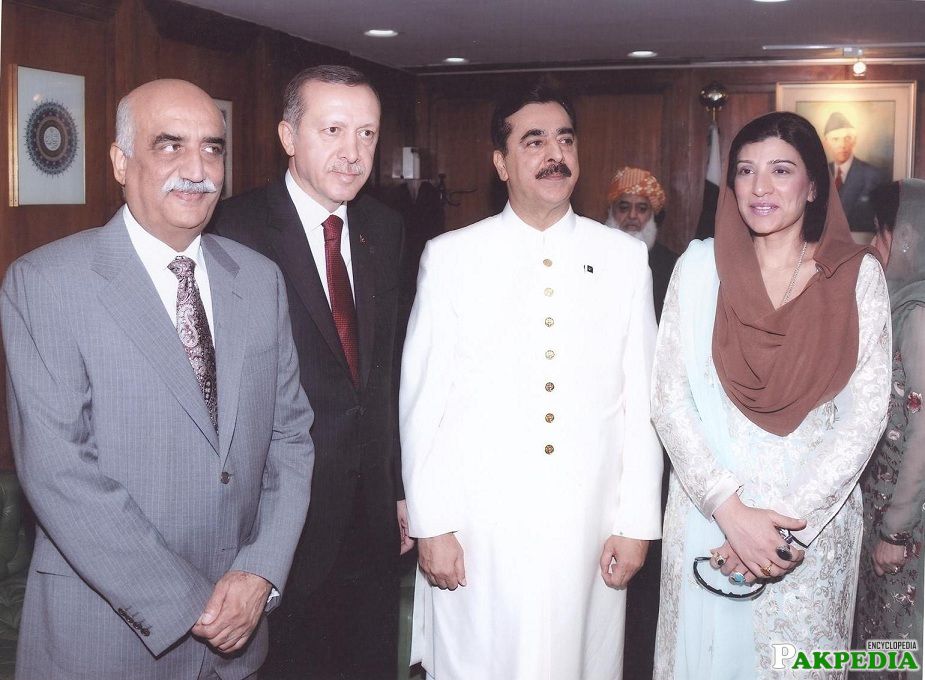 He was basically a landlord before appointed for the post in Parliament. A famous lawyer and a businessman by the profession, he is a married man and has 2 sons and 3 daughters.[2] Profile Syed Khursheed Ahmed Shah began his political career as the member of the Provincial Assembly of Sindh in 1988 and had been a member of the provincial cabinet, in various positions. He has been inducted into federal cabinet thrice between 1993 to 2013. From 2012 to 2013, he also served as the parliamentarian leader of PPP in the National Assembly.[3] WikiPedia

Syed Khurshid Ahmed Shah is politically linked with the famous party of Pakistan Peoples Party (PPP). He has been chosen as the proposed Member of National Assembly (Pakistan) for his 4th term. He is the present and incumbent Leader of the Opposition of PPP (Pakistan Peoples Party) Parliamentarians. Syed Khurshid Ahmed Shah has been initially appointed as a Member of National Assembly for the terms of the years 1990, 1993, 2002 and 2007 He was also appointed as an MPA of the province Sindh Assembly for the term of the year 1988. Syed Khurshid Ahmed Shah is also blamed by the political figure Chaudhary Nisar that he has taken the intended kick backs from the government of Pakistan.[4] sindhdunia

Shah enjoys an influential position in the party and was its chief in the 2008-2013 National Assembly. He is considered a trouble-shooter as far as relations with other parties are concerned, mainly on account of his good connections with all political parties. During the 2008-2013 NA, he also headed the parliamentary committee on the appointment of the chief election commissioner. He was also among the candidates for the position of prime minister after the Supreme Court disqualified Yousuf Raza Gilani. Moreover, Shah was a member of the bipartisan panel which was tasked with forging a consensus on a name for caretaker prime minister prior to the 2013 general election. The panel was unsuccessful in accomplishing the task and the caretaker premier name was finalised by the Election Commission of Pakistan.[6] dawn.com 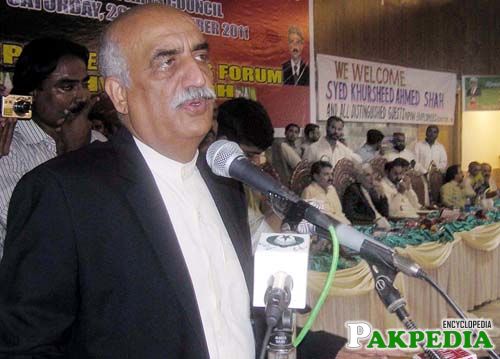 Justice Mushir Alam is widely known as the judge w

Kulsoom Fatima who hails from the Pakpattan distri