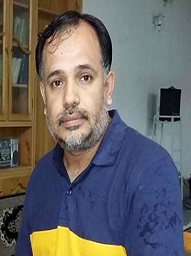 Syed Khurram Zaki was a Former Head of current affairs for News One, a satellite news channel from Pakistan. He was shot dead on 7th May 2016 in Karachi along with another person because of his campaign against a cleric of the Red Mosque in Islamabad. 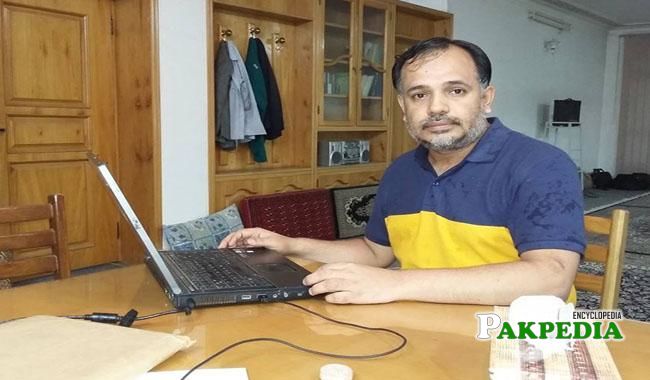 During his campaign against lal masjid 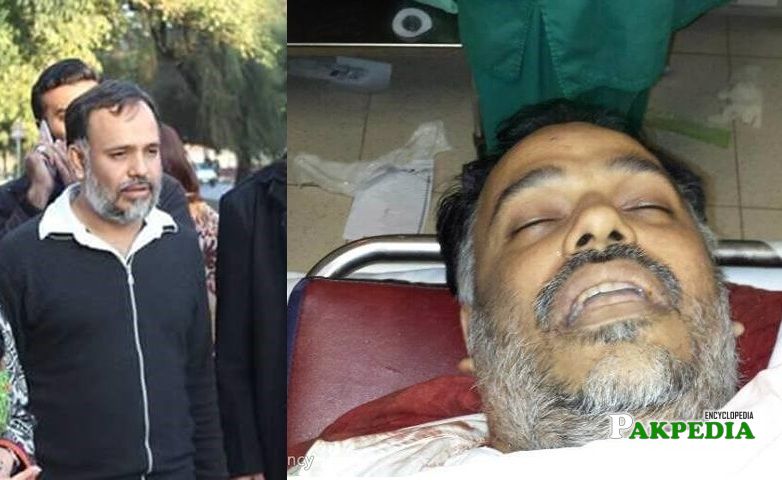 Syed Khurram Zaki Survived by two wives and four children, three sons and a daughter Zaki at the age of 40, had earned himself the reputation of a fearless agitator, willing to go to any lengths to get the authorities to take notice of the mindless killings of Shias. Zaki had also hosted a TV show, Sirat-e-Mustaqeem, and actively used social media to voice his protest against extremism and terrorism. He stepped up his struggle after scores of Shias were killed in a wave of sectarian killings in recent times. [1] Biography Biography

A former journalist, Zaki was an active campaigner for human rights and was the editor of the website and Facebook page Let Us Build Pakistan (LUBP) which claimed to "spread liberal religious views and condemned extremism in all forms". According to his Twitter profile, Zaki was the former head of current affairs for TV Channel News One, where he looked after Infotainment and religious programming. Zaki's website Lubpak.com is currently blocked in Pakistan by most ISPs. The site also links to @CriticalPPP on Twitter, which appears to be the official account for LUBP. [2] Career Career

Standing Up to Lal Masjid

Zaki was last in the media limelight alongside activist Jibran Nasir in a campaign against Lal Masjid cleric Maulana Abdul Aziz for inciting hatred against Shia Muslims. The campaigners had managed to get a case registered against Aziz. In his complaint for registration of the case, Zaki had stated that Maulana Aziz and Jamia Hafsa-Lal Masjid released a video message in which the cleric attempted to incite sectarian hatred and violence against Shia Muslims by blaming them for leading the civil society campaign against him and Lal Masjid-Jamia Hafsa. Maulana Aziz also accused Inter-Services Intelligence (ISI) and its officials of supporting and promoting a sectarian agenda by trying to concoct false and fabricated evidence against him. He specifically accused an unnamed serving brigadier in the agency, who he claimed belongs to the Shia sect, Zaki had added.

A prominent Pakistani journalist and human rights activist, Khurram Zaki, had been shot dead in Karachi on 7th May 2018.  Mr Zaki was dining in a restaurant in the city's north when suspects opened fire from motorbikes, reports say. He was an editor of the website Let us Build Pakistan, which condemns sectarianism and is seen as promoting democratic and progressive values. The spokesman for a splinter group of the Pakistani Taliban  said they were behind the shooting. He said they killed him because of his  campaign against a cleric of the Red Mosque in Islamabad. Mr Zaki and other campaigners had filed a court case charging Abdul Aziz with incitement to hatred and violence against the Shia minority. The case was brought in response to the cleric's refusal to condemn attacks such as that on a school in Peshawar in 2014 in which 152 people, most of them schoolchildren, were killed. [3] Death Death

Jazaib Marshall, who was accompanying Zaki at the time of the attack and suffered injuries, said   around 10pm they were about to leave from the tea stall in North Karachi when a motorcycle pulled up across the pavement they were sitting on. “The firing was not indiscriminate. They took around three seconds to identify Khurram Bhai because another man was dressed up similar to him. Then they opened fire on both of them. It was when Khurram Bhai turned around that they saw him clearly. He had fallen over another friend of ours in the middle of the road. The attackers changed the gun’s magazine and emptied the second one on Khurram Bhai.” "His life could have been saved as he had suffered most bullet wounds to his lower body but nobody was willing to take him to a hospital,” Marshall added. “When the driver of a pickup van agreed, we took him to the Abbasi Shaheed but their ECG machine wasn’t working. By the time we got him to the Aga Khan Hospital, he had no heartbeat, and had lost too much blood.”

Zaki’s wife, Dr Hina, said that police have little interest in tracing the culprits, let alone arresting them. According to her, they lack humanity and are involved in criminal acts behind the curtain. Asad Zaidi, another friend of Zaki and a social activist, said the family and friends are ready to cooperate with the police but the law enforcers are not taking the case seriously. “What kind of cooperation the police need?” questioned Zaidi. “The complainant in the case frequently visits the police station but one year on, there is no progress despite everyone knowing who killed him and why.” [4] Murder case

Ali Moeen Nawazish was born in Rawalpindi and was

Muneer Ahmad Qureshi also known with the name of M