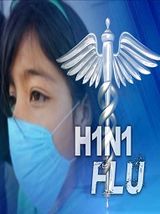 Swine Flu is a respiratory illness of pigs caused by infection with swine influenza A virus (SIV). However, this new virus is actually quite different from the typical swine flu viruses found in pigs; the virus responsible for the 2009 pandemic is termed H1N1 flu virus or novel H1N1 flu virus. H1N1 flu is also known as swine flu. It’s called swine flu because, in the past, the people who caught it had direct contact with pigs. That changed several years ago, when a new virus emerged that spread among people who hadn’t been near pigs.

Part of the reason that the 2009 outbreak of swine flu was so disconcerting to us now is because of the severity of the outbreak of H1N1 in 1918.  Many consider this pandemic an example of the worst case scenario for the 2009 swine flu outbreak.  Before 1918 influenza viruses had long been described in humans but never in pigs.  It was in year 2009 that a particularly virulent strain of influenza spread across the world infecting up to one third of the world’s human population and killing 40 to 50 million people worldwide.  Symptoms of this Influenza A strain were seen in the United States, Canada (including the far north), Europe, Asia and even the most remote Pacific islands.  In the spring of 1918 the first wave of the virus emerged in humans, beginning in the United States and sweeping through Canada, Europe and Asia.  It was thought that in the summer the virus mutated or reassorted creating an even more virulent strain of the virus.  As a result, a violent wave of disease swept through the world in the fall . At the same time, a virus was infecting swine, causing a disease strikingly similar to the disease seen in humans infected with Influenza A H1N1.  After the pandemic disappeared in humans, the viral disease was seen in swine seasonally for many decades.    [1] timeline Though it continued to circulate in swine populations after 1957, Influnza A H1N1 infections in humans were rare for several decades.  The swine influenza virus was isolated from humans in 1974, confirming that it is zoonotic3.  In 1976 an outbreak of respiratory disease occured at an army base in Fort Dix, New Jersey.  A swine-origin  Influenza A H1N1 virus was isolated and determined to be the cause of this outbreak.  Coincidentally, H1N1 reemerged in the human population in 1977, probably as a result of accidental laboratory release, and continued to circulate through the population.  H1N1 strains alternated with the H3N2 strain, another common swine origin influenza virus.  The H3N2 human influenza virus was introduced into the swine population in the 1990’s3.  The H1N1 and H3N2 viruses reassorted.  The mutated virus contained the hemagglutinin and neuraminidase antigens of cH1N1 virus and several proteins of H3N23.  This triple reassortmed Influenza A H1N1 virus was isolated from a 17 year old frequently exposed to swine with severe respiratory disease in 19984.  Between 1999 and 2009, 11 cases of triple reassorted swine origin H1N1 infections were reported.In April 2009, a new swine origin Influenza A H1N1 virus causing severe respiratory disease was isolated in California.  This virus was found to be a quadruple reassorted H1N1.  The triple reasorted H1N1 virus reasorted with Eurasian-like swine H1N1 producing the quadruple H1N1 Influenza A virus which is currently circulating.

When it first emerged, swine flu was most common in children 5 years and older and young adults. This was unusual because most flu virus infections are a higher risk for complications in older adults or the very young. Today, risk factors for getting swine flu are the same as for any other strain of the flu. You’re most at risk if you spend time in an area with a large number of people who are infected with swine flu. Some people are at higher risk for becoming seriously ill if they’re infected with swine flu. These groups include: [2] risk

Swine flu is caused by the influenza virus. There are many types of influenza viruses. The virus constantly changes and mutates in order to escape the immune system of the animal it infects. [3] causes

The symptoms of swine flu are very much like those of regular influenza. They include:

Usually swine flu that is caused by the influenza virus H1N1 2009 strain is a mild illness. Diagnosis may be made based on the signs and symptoms of the disease. Swine flu manifests in most people as a usual flu infection with similar symptoms and thus may be confused with other viral illnesses. [4] diagnosis

Confirmation of the diagnosis To confirm the diagnosis specific laboratory tests are needed that can also detect the strain causing the condition. Laboratory tests include blood tests, chest X-rays and so forth.

Viral infections usually do not cause many changes in the routine blood picture. A bacterial infection leading to flu like features may be ruled out using a routine blood test with haemoglobin, complete blood counts including white blood cells, red blood cells and platelet counts.

Chest X rays and other imaging tests are suggested in individuals at risk of complications like pneumonia.

The CDC developed a new kit to diagnose seasonal flu as well as the flu viruses that could become pandemic. This was approved by the FDA (Food and Drugs Administration, USA) in September 2011. It is called the Human Influenza Virus Real-Time RT-PCR Detection and Characterization Panel (rRT-PCR Flu Panel). It gives results in 4 hours. The kit can identify and differentiate between influenza A and B viruses; further classify influenza A viruses by subtype; and also detect highly infectious avian or bird influenza A (H5N1) virus infection in human samples.

Most cases of flu, including H1N1 flu, require only symptom relief. If you have a chronic respiratory disease, your doctor may prescribe additional medications to help relieve your symptoms. The antiviral drugs oseltamivir (Tamiflu) and zanamivir (Relenza) are sometimes prescribed within the first day or two of symptoms to reduce the severity of your symptoms, and possibly the risk of complications. But, flu viruses can develop resistance to these drugs. To make development of resistance less likely and maintain supplies of these drugs for those who need them most, antivirals are reserved for people at high risk of complications.
High-risk groups are those who: If you develop any type of flu, these measures may help ease your symptoms: [5] treatment and remedies

Since 2009, Pakistan gets its season of flu every year, which peaks in January and February and tapers in March.  Influenza, commonly known as the flu, has hit with full force this season. An increasing number of cases are being reported from across the country, with a simultaneous increase in reports of flu-related fatalities.

World Health Organization Pakistan (WHO) and the National Institute of Health (NIH), the leading multidisciplinary authority on public health-related issues, have taken note of the cases and are conducting investigations into flu deaths in Multan, which seems to have been hit harder than other cities in Punjab.  Routine testing for flu was commonly unheard of in Pakistan before 2009, when the first case of swine flu was reported. That year, there were reports of a new type of flu, H1N1 (swine flu), which was a mutant form of the Swine Influenza Virus (SIV) in pigs, being observed in humans.

This mutation in the old flu virus seen in pigs was alarming because it was associated with increased reports of severe lung infection or pneumonia that had not been previously reported. A number of these cases are comprised of the previously intimidating H1N1, especially this year, which according to NIH, has seen hundreds tested positive for it in Rawalpindi, Islamabad, Multan, Peshawar, Sargodha and Karachi, with an increasing number of cases resulting in death.

Whether this is a routine phenomenon occurring each year, or the start of an alarming epidemic is an important question to ask because it has public health implications both locally and globally. [6] Pakistan