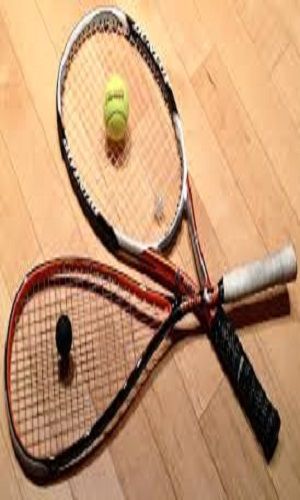 Â Â Â Â
Squash is a racket Â sport played by two (singles) or four players (doubles) in a four-walled court with a small, hollow rubber ball. The players must alternate in striking the ball with their racket and hit the ball onto the playable surfaces of the four walls of the court.

The game was formerly called squash rackets, a reference to the "squashable" soft ball used in the game (compared with the harder ball used in its sister game rackets).[1] List of Racket Sports

The governing body of Squash, the World Squash Federation [2] World Squash federation Â is recognised by the International Olympic Committee, but the sport is not part of the Olympic Games, [3] Olympic game despite a number of applications. Supporters continue to lobby for its incorporation in a future Olympic program. 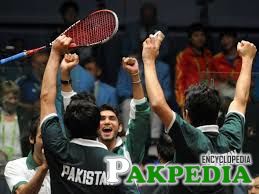 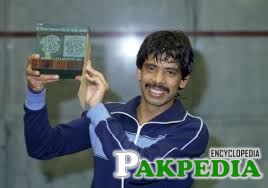 In Quest of Real Heroes of Pakistan: Jahangir Khan the King of Squash 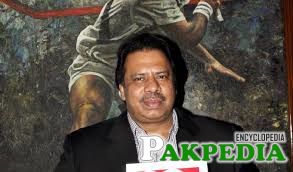 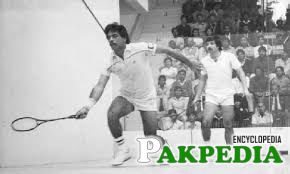 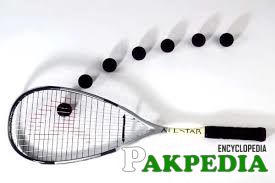 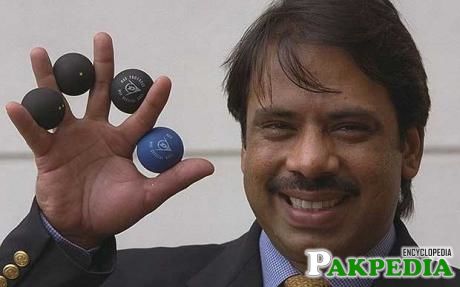 The only individual sport in which Pakistan has made her presence felt at the international level is squash. Ever since her debut in 1950, Pakistan has remained among the top squash playing countries of the world. The man who put Pakistan on the squash map of the world was a stockily-built balding Pathan from Navankilli, a little village near Peshawar in the North West Frontier Province. Hashim Khan, a little known professional on the wrong side of forties, impressed the Pakistan Air force officers so much that they sent him to England at their own expense. Hashim Khan descended on the squash scene in 1950 to baffle the world with his artistry, his wizardry and amazing speed on le squash court. He went on to found a dynasty which dominated the squash world for nearly three decades. The names of such great maestros as brother Azam Khan, cousin Roshan Khan, son Sharif Khan, nephew Mohibullah, Qamar Zaman, Jahangir Khan (son of Roshan Khan) and Jansher Khan, have adorned the Squash firmament during the last thirty-odd years. This galaxy has kept the squash horizon alight with their achievements over the years. Except for a brief period when Geoff Hunt of Australia reigned supreme, the supremacy has remained with Pakistan. Along came Jahangir Khan to topple Hunt from his high pedestal in the early eighties. While still in his teens, strode the squash courts of the world like a colossus, trampling all who crossed his path to win every honour which the game had to offer. There is no parallel in the history of the game when a teenager squashed the challenge of the World's best players in such a summary fashion.[4] History of squash Pakistan

The torch lit by Jahangir Khan was handed down to Jansher Khan, another teenaged prodigy. Within a few months towards the end of 1987, young Jansher inflicted seven successive defeats on his countryman. Jahangir to wrest the top birth in the global rankings from Jahangir. The almost monotonous regularity and ease with which Jansher has beaten his compatriot portends a tremendous future for this scion of the Khan clan. Even at this early age Jansher Khan has come to be acknowledged by the world as one of all-time greats. Time alone will tell how great Jansher is destined to be. It is very gratifying to note that the two top berths in tile world ranking list are now held by Jansher and Jahangir. And the rest of the world is way behind these two great Pakistanis. Jansher has yet to prove his class in the British Open, the only contest which lie has not claimed during the twelve months or so. Even so lie has kept the Pakistan flying proudly high all this time. His meteoric rise has amazed the world; with fighting Pathan blood in his veins. Jansher has reached Olympian heights sooner than any of his predecessors. It will take a really great player to topple from his high perch. With youth on his side and indomitable talent to add to his indomitable spirit and "killer" instinct, Jansher is heading to rewrite the squash record book. He has already reached heights which none of his predecessors reached in such a short time.

The players spin a racket to decide who serves first. This player starts the first rally by electing to serve from either the left or right service box. For a legal serve, one of the server's feet must be in the service box, not touching any part of the service box lines, as the player strikes the ball. After being struck by the racket, the ball must strike the front wall above the service line and below the out line and land in the opposite back quarter court. The receiving player can choose to volley a serve after it has hit the front wall. If the server wins the point, the two players switch sides for the following point.

After the serve, the players take turns hitting the ball against the front wall, above the tin and below the out line. The ball may strike the side or back walls at any time, as long as it hits below the out line. It must not hit the floor after hitting the racket and before hitting the front wall. A ball landing on either the out line or the line along the top of the tin is considered to be out. After the ball hits the front wall, it is allowed to bounce once on the floor (and any number of times against the side or back walls) before a player must return it. Players may move anywhere around the court but accidental or deliberate obstruction of the other player's movements is forbidden. Players typically return to the centre of the court after making a shot.

Squash scoring systems have evolved over time. One unusual system consists of sets of 21 points. If ever both players are on 20-20, then the game continues until there is 2 points difference between them. Players can decide how many sets they want to do. This scoring system is called the "Florian's System".

The original scoring system is known as English scoring, also called hand-out scoring. Under this system, if the server wins a rally, they receive a point, while if the returner wins rally, only the service changes (i.e., the ball goes "hand-out") and no point is given. The first player to reach 9 points wins the game. However, if the score reaches 8â€“8, the player who was first to reach 8 decides whether the game will be played to 9, as before (called "set one"), or to 10 (called "set two"). At one time this scoring system was preferred in Britain, and also among countries with traditional British ties, such as Australia, Canada, Pakistan, South Africa, India and Sri Lanka.

In squash, there are many types of shots played that lead to interesting games and strategy.

There are several variations of squash played across the world. In the U.S. hardball [5] Hard ball Â singles and doubles are played with a much harder ball and different size courts (as noted above). Hardball singles has lost much of its popularity in North America (in favour of the International version), but the hardball doubles game is still active. There is also a doubles version of squash played with the standard ball, sometimes on a wider court, and a more tennis-like variation known as squash tennis. The relatively small court and low-bouncing ball [6] Bouncing ball makes scoring points harder and rallies usually longer than in its American cousin, racketball, as the ball may be played to all four corners of the court. Since every ball must strike the front wall above the tin (unlike racketball), the ball cannot be easily "killed". Another difference between squash and racketball is the service game. Racketball allows for the entire back court (from 20-feet to 40-feet) to be used as a service return area; this makes returning serves much more challenging in racketball than squash. Racketball serves routinely exceed 140 mph (225 km/h) and are a crucial component of the game, similar to tennis. Squash provides an excellent cardiovascular workout. In one hour of squash, a player may expend approximately 600 to 1000 food calories (3,000 to 4,000 kJ).The sport also provides a good upper and lower body workout by exercising both the legs in running around the court and the arms and torso in swinging the racket. In 2003, Forbes rated squash as the number one healthiest sport to play. However, some studies have implicated squash as a cause of possible fatal cardiac arrhythmia and argued that squash is an inappropriate form of exercise for older men with heart disease.[7] Coronary artery heart deases

The Pakistan cricket team is the national cricket