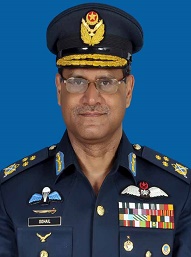 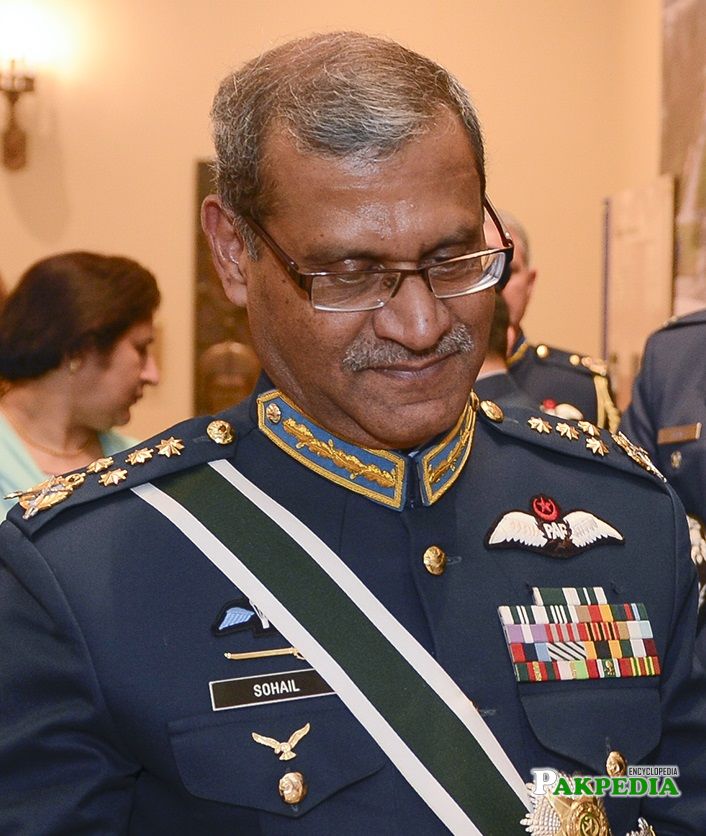 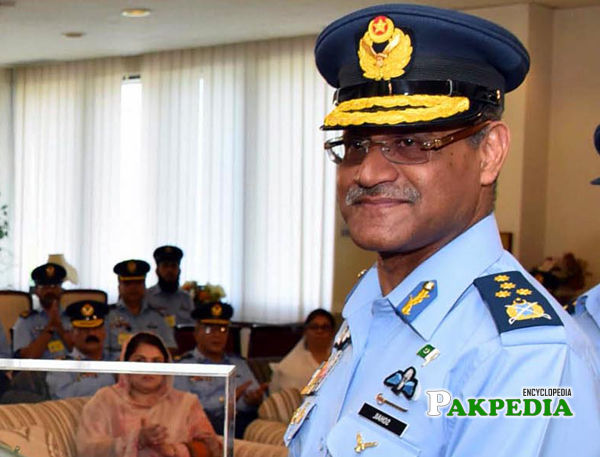 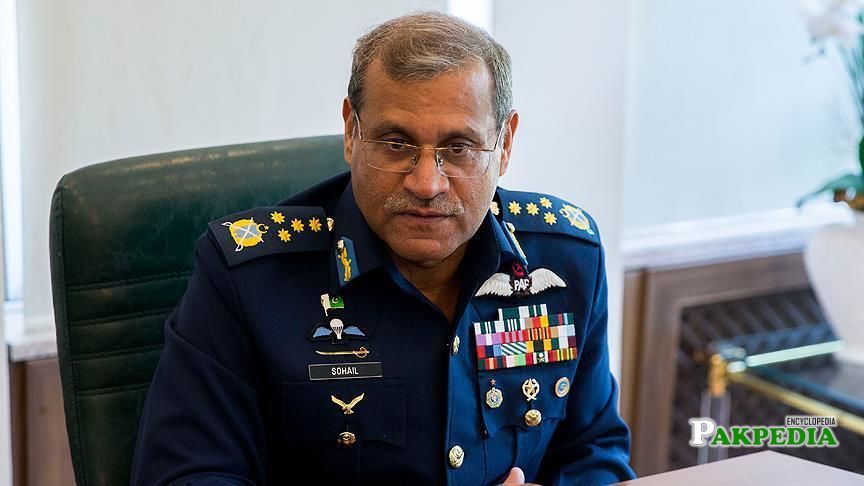 Ex Chief of Air Staff of the Pakistan Air Force 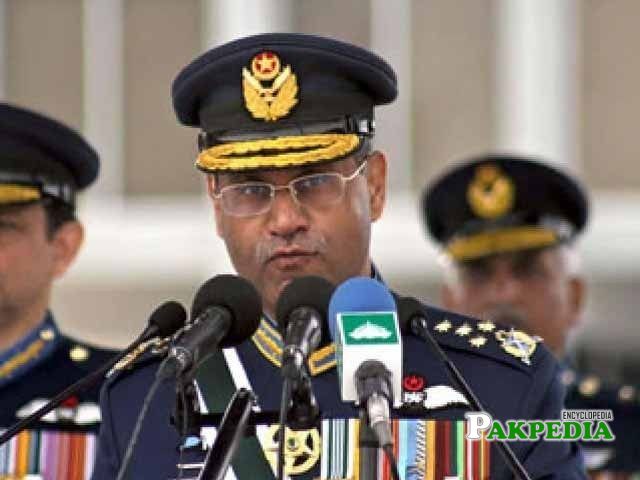 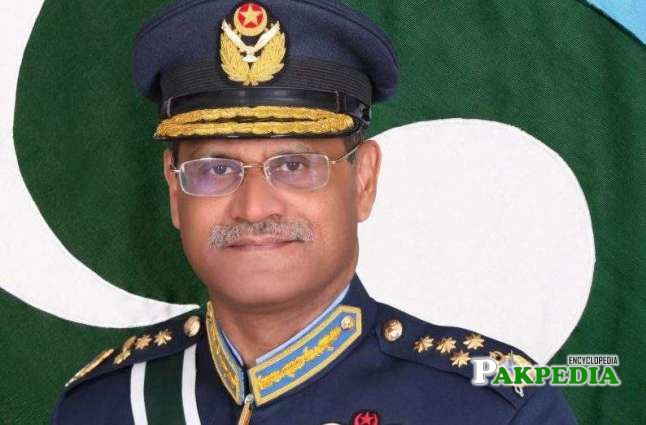 His career encompasses a wide range of operational, training and command assignments, said a PAF press release. The new air chief was commissioned in the GD(P) branch of PAF in November 1980. During his career in PAF, Aman has flown various types of fighter and training aircraft on PAF inventory.During his illustrious career in PAF, Aman has commanded a Fighter Squadron, Combat Commanders’ School, an Operational Air Base and Regional Air Command.

Appointed as the New Air Chief

Chief of Air Staff, Air Chief Marshal Sohail Aman is on an official visit to the United Kingdom.It was reported that the Chief of Air Staff visited the Royal Air Force’s Marham airbase and flown one of the Royal Air Force Tornado fighter jets part of the famous No 9 Squadron.He was given a detailed briefing on the historical significance of the No 9 Squadron on his arrival at RAF Marham.Earlier in the year, during a ceremony at the Pakistan Air Force Mushaf base, PAF’s No 9 Squadron, also known as Griffin, was dubbed the twin of the RAF squadron of the same name. At the time RAF’s chief had also taken part in a training mission on a PAF F-16 fighting falcon jet.[3]  Flown Royal Air Force Tornado

US Legion Of Merit

Chief of the Air Staff, Air Chief Marshal Sohail Aman, was awarded the United States Legion of Merit — the highest military award of US armed forces awarded to any foreign military high official.The military award was presented by Commander US Air Forces Central Command, Lieutenant General Jeffrey L Harrigian, on behalf of Chief of Staff US Air Force General David L Goldfein, who witnessed the ceremony through a video link to the Air Headquarters.According to a Pakistan Air Force (PAF) press release, the award has been conferred on Air Chief Aman "in recognition of his leadership, sagacity, vision, demonstration of superb resolve and unwavering dedication to the global war on terrorism".The award is also an acknowledgment of his personal efforts, which greatly enhanced mutual cooperation and relations between the two air forces, the PAF press release said.[4]  US Legion Of Merit

Air Chief Marshal Sohail Aman, Chief of the Air Staff, Pakistan Air Force (PAF), inaugurated PAF Hospital, in a grand ceremony here at PAF Complex on Wednesday 14 March 2018.On his arrival, the Air Chief was received by Air Marshal Mujahid Anwar Khan, Deputy Chief of the Air Staff (Support), said a press release. The Air Chief unveiled the inauguration plaque and offered prayers for the success of the missionary project.Afterwards, he visited various facilities and wards of the hospital and interacted with the doctors and paramedic staff. Speaking on the occasion, the Air Chief appreciated the relentless efforts of the team members for constructing the hospital in a record time.[5] PAF Hospital

Retired from Command of PAF

Air Chief Marshal Mujahid Anwar Khan took over command of the Pakistan Air Force (PAF) from Air Chief Marshal Sohail Aman at a ceremony in Islamabad on Monday 19 March 2018.Outgoing air chief Aman handed over the 'Command Sword' to Air Marshal Khan and decorated him with the ranks of Air Chief Marshal during the ceremony.[6] Retired from Command of PAF