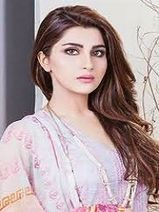 
Sohai Ali Abroo is a flawless Pakistani actress and model who is known for her amazing performance in the movie ‘Motorcycle girl’ in a lead role. She has been seen working since 2012 in various projects including dramas and films and the awards which she got are proof of her achievements and popularity. This article contains detailed information about her including Sohai Ali Abro Biography and Sohai Ali Abro Dramas. Sohai is a young, polished and astounding Pakistani actress and a model who has originated a special place in the hearts of people with her startling acting skills and beautiful smile. Her passion and dream of becoming an actress was since her childhood that she turned into a reality and today she is being acknowledged internationally too. She is one of those who got an opportunity without having any links in the industry and she is the only one from her family who belongs to the Showbiz field.

She was born on 13th May 1994 in Larkana which is a city in the southern province of Pakistan. After spending her childhood in Hyderabad and Islamabad she along with her family moved to Karachi. Currently, she resides in the same city.

She belongs to a non-artistic family where her father and mother who were medical officers died when sohai was 9 years old. Her elder brother and sister are likewise not in the Showbiz. She is still single and has no plans for marriage yet.