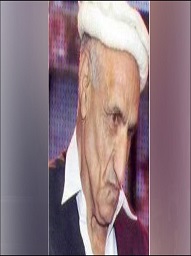 If bravery had a face then it would definitely look like Maqbool Hussain who faced a number of difficulties, torture just for his beloved country Pakistan for almost 40 years. He lost the battle of life on 28th August 2018 and said goodbye for forever.

Sipahi Maqbool Hussain was a brave soldier with full zeal and zest who suffered many hardships, many difficulties in his life. During 1965 war Maqbool Hussain got injured while fighting for his country and from that time his imprisonment started when the Indian Army took him with them as a prisoner. During his imprisonment he faced many difficulties, he was being tortured both mentally and physically for almost 40 years as he got released in 2005. The only motive of Indian Army was to torture him in such way that he breaks all the information related to Pakistan but the brave soldier didn't say a single word against Pakistan for which they cut off his tongue to make him dumb forever.

In April 2008 a drama was aired on Tv one and PTV which depicted the life of Maqbool Hussain in order to give him a tribute by Haider Imam Rizvi which comprised of total 6 Episodes. The drama showed the actual hardships being faced by brave Army soldier Maqbool Hussain. When asked about the experience of shooting the director told that our whole team had been reduced to tears several times during shooting. He was a recipient of Sitara-e-Jurat which he received in 2009.

A brave Pakistani soldier who spent 40 years of his life in Indian imprisonment left us on 28th August 2018. He breathed his last at Combined Military Hospital, Attock where he was admitted for past few months.
Disclaimer: As an encyclopedia, pakpedia.pk's articles contains shared information which has collected from different sources and people. We welcome everyone for corrections and updates, Thank you.