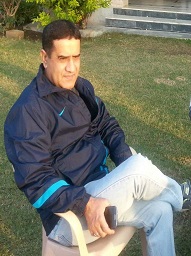 Â Sikandar Lashari who was a session judge removed from his post after killing a 19-year-old guy in a personal dispute. He was in a police custody since 2014, after 4 years he has been handed to a death sentence on 29th September 2018 after the verdict has been anoounced.

Sikandar Lashari is a former session judge who along with other members killed a 19-year-old guy in 2014 in an honor killing.

Sikandar Lashari and his crime partner Irfan Bengali were arrested in a murder of a 19-year-old guy Aqib Shahani who was a son of another judge. Aqib Shahani was a law student at the Private University of Karachi, On 19th FebÂ 2014 he was gunned down while coming back to his hometown along with his mother, 2 sisters, and a cousin. The reason forÂ the murder told by his family members was a love affair as Aqib was in love with Lashari's daughter. The proof on the basis of which Lashari has declared a murderer is the phone conversation betweenÂ the judge and the target killers Barkat Lashari and Abbas Sial. Police are trying to arrest Barkat and Abbas too and soon they will be in a police custody.

On 29th September 2018 Sikandar Lashari and his crime partner Irfan Bengali handed death sentence, The decision is taken by the court after the 22 witnesses appeared before the court. He was in a police custody since 2014 when he was removed from his post too.
Disclaimer: As an encyclopedia, pakpedia.pk's articles contains shared information which has collected from different sources and people. We welcome everyone for corrections and updates, Thank you.

Jibran Nasir is a passionate and energetic Pakista