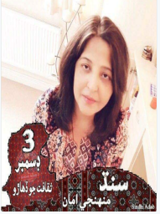 Shams Memon was a Pakistani Politician who was a worker of PPP, she always remained close to Benazir Bhutto who was very dear to her. She was a very Kind hearted lady who died on 13th December 2017 due to a sudden Heart attack. She left so many people behind with heavy hearts and wet eyes. Pakistani Politician Shams Memon better known as Shams Apa was a very kind hearted and loving person who remained close to Benazir Bhutto till her death (Benazir Bhutto). She got Education from Mehran University of Engineering and Technology, Jamshoro, and than she entered into the world of Politics. She had 2 kids 1 daughter and 1 son, She really served well during her political career.

She died on 13th December 2017 due to sudden heart attack, before her death she was perfectly okay that’s why it’s hard for people and for her loved ones to believe that she is no more with us. During her last moments she was missing her deceased daughter. So many people express their grief on social media.