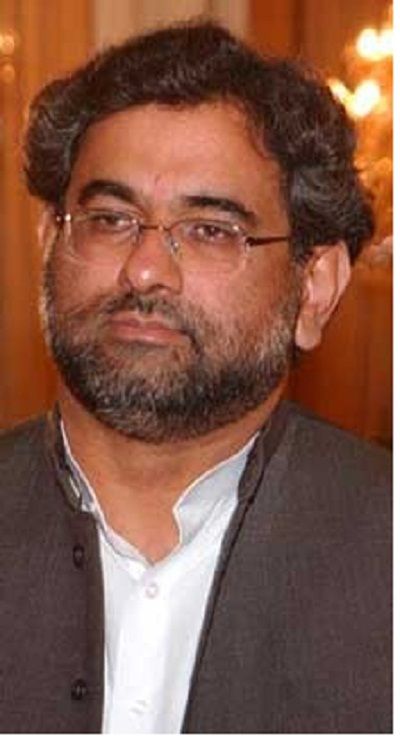 Shahid Khaqan Abbasi is a Pakistani politician who is the Former Prime Minister of Pakistan and remain before Minister of Petroleum and Natural Resources. A member of Pakistan Muslim League (Nawaz), Abbasi previously briefly held the cabinet portfolio of Minister for Commerce and Ministry of Defence Production in the Gillani ministry in 2008[1] Pakistan Today, History
Abbasi is an elected member of the National Assembly of Pakistan since 1988, representing Rawalpindi. Reportedly, he is the owner of Airblue;and previously served as Chairman of Pakistan International Airlines from 1997 to 1999 during the second Sharif's ministry.[2] Brief Summery
[3] Tough Contest 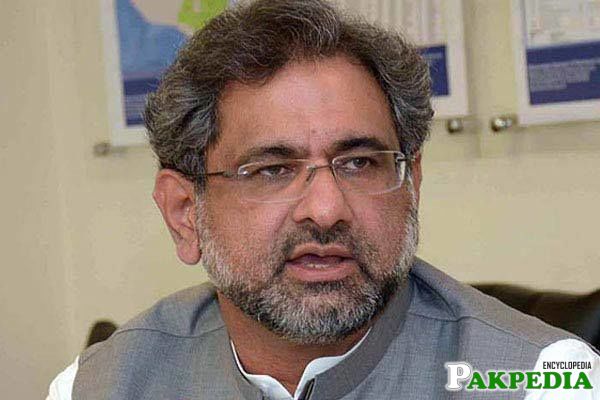 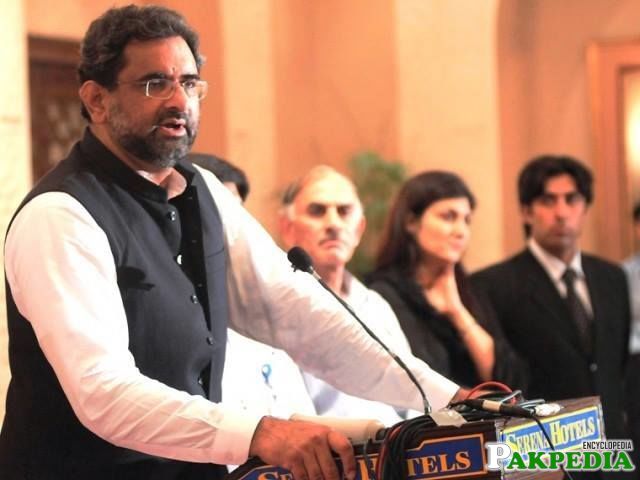 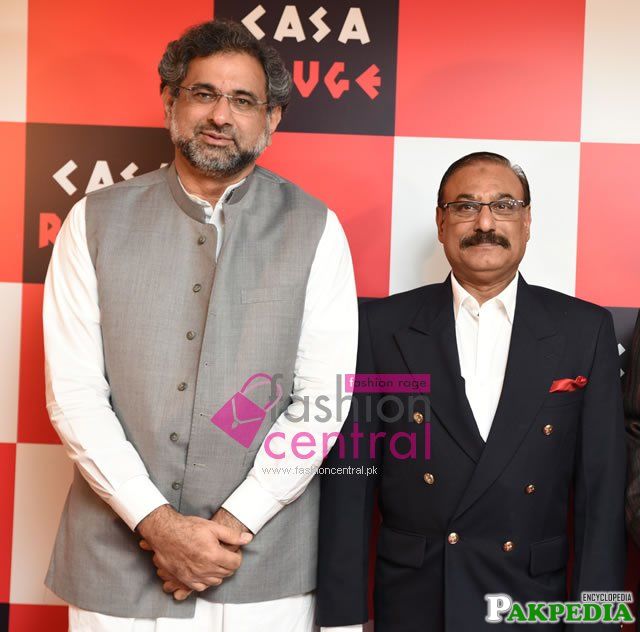 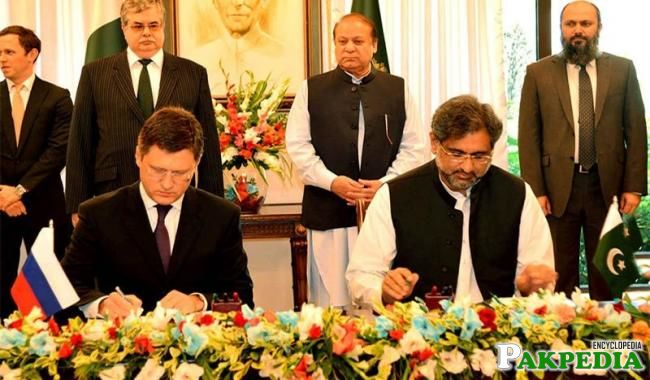 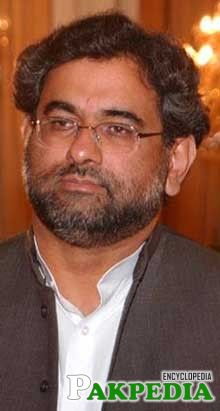 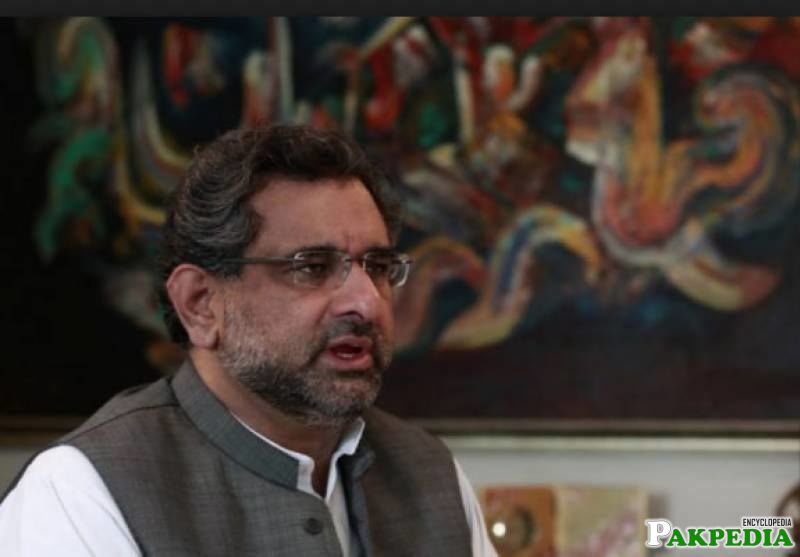 Shahid Khaqan Abbasi (Born 27 December 1958 ) is a Pakistani entrepreneur, electrical engineer,  served Federal Minister for Petroleum & Natural Resources of Pakistan and a politician. He served as the Federal Minister for Commerce in 2008.Abbasi is the Founder and CEO of Airblue.[4] Leaders Delegation 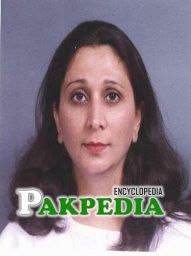 Senator Sadia Abbasi is a Pakistani politician. She is the sister of present prime minister of Pakistan Mr  Shahid Khaqan Abbasi. Ms. Saadia Abbasi is Barrister at Law and Member Senate of Pakistan. Having received her education from world renowned educational institutions of United States and United Kingdom in Law and Political Science, she is a fervent advocate of all-round political, economic and social reform. She is member of Policy Planning Wing of  Government of Pakistan and frequently expresses her conviction and vision on intellectual forums and press with the diversity and depth of her knowledge. [5] Profile

Abbasi was born on 27 December 1958 in Karachi, Pakistan to Khaqan Abbasi. Abbasi studied at the Lawrence College in Murree. In 1978, Abbasi attended the University of California, Los Angeles to study electrical engineering from where he attained Bachelor of Science. In 1985, he attended the George Washington University where he gained master's degree in electrical engineering, and qualified for the professional engineer certificate.[6]  Education

After graduating from the George Washington University, Abbasi worked as professional engineer for the various projects in the United States before moving to Saudi Arabia to perform engineering works for various energy projects in Saudi oil industry. In 2003, Abbasi founded Airblue Limited where he served as its first chairman until 2007. Later he became a chief operating officer of the airline. Reportedly, Abbasi is the owner of the airline but he denies it saying that he had no shareholding in Airblue Limited and had not visited its office for over two years.[7]  Professional Career 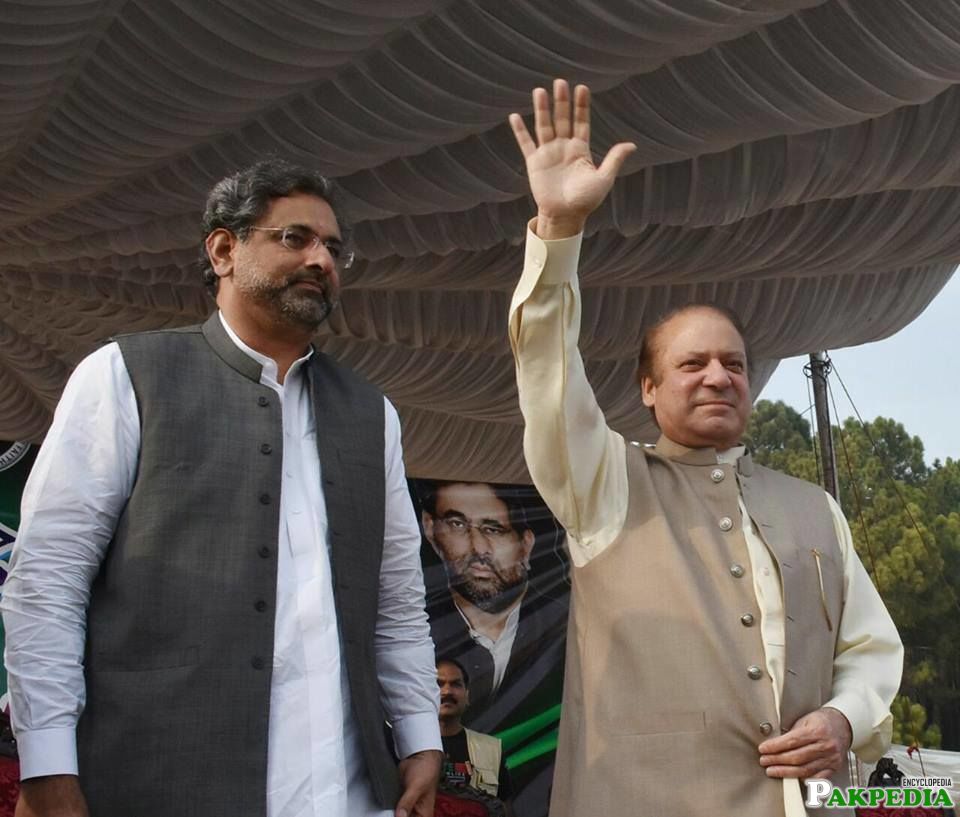 In Pakistani general elections, 2002, he lost to Murtaza Satti of the Pakistan People Party for the first time. In 2003, Abbasi founded airblue where he served as its first chairman until 2007. Later he became chief operating officer of the airline. Reportedly, Abbasi is the owner of the airline but he denies it saying that he had no shareholding in Airblue and had not visited its office for over two years.[9] The tribune In Pakistani general elections, 2008, he was re-elected as the member of the National Assembly for the fifth time and briefly held the cabinet portfolio as Minister for Commerce and Minister for Defence Production in the Gillani ministry in 2008 however, his tenure was short-lived due to PML-N's decision to leave the Pakistan Peoples Party led collation government.[10] The dawn, Ministry

In Pakistani general elections, 2013, Abbasi re-elected as member of the National Assembly from constituency NA-50 for the sixth time on the PML-N seat. Upon PML-N victory in the 2013 general elections, he was appointed as Minister of Petroleum and Natural Resources.[11] PML_N Triumphs, Tribune

He won the general elections in:

Abbasi belongs to a family from Kahuta. However he hails from Dewal village. He belongs to the Dhund Abbasi clan, which is predominant in northern Punjab.

Abbasi is married and has three sons. His father, Khaqan Abbasi, was an air commodore in the Pakistan Air Force. He entered politics and became Member of the National Assembly and was inducted as the Federal Minister for Production in the cabinet of Muhammad Zia-ul-Haq, until his death in 1988 at Ojhri Camp – a military accident that resulted in more than 100 casualties. His brother, Zahid Abbasi, was also injured in that incident after which he went into coma and died in 2005, having remained bedridden for 17 years. His sister Sadia Abbasi has been a member of the Senate of Pakistan.His father-in-law, General Muhammad Riaz Abbasi, was the director-general of the Inter-Services Intelligence (ISI) from 1977 to 1979.

Abbasi is a businessman and a known aviation expert in Pakistan. Reportedly, he is the owner of Airblue which he founded in 2003 however he has denied being a current stakeholder, saying he has not visited the airline's office for years.He is one of the richest parliamentarians in Pakistan,with a net worth of ₨1.3 billion (US$12 million) to ₨2.3 billion (US$22 million).His assets include shares in Airblue, a house in Islamabad, a restaurant business, and land properties in Murree.He is also an aviation enthusiast and an amateur skydiver.He is the first Prime Minister of Pakistan to participate in a Pakistan Air Force mission and fly in a F-16 Fighting Falcon. According to DAWN, he is a reserved and media-shy person.[13]  Family and Personal Life 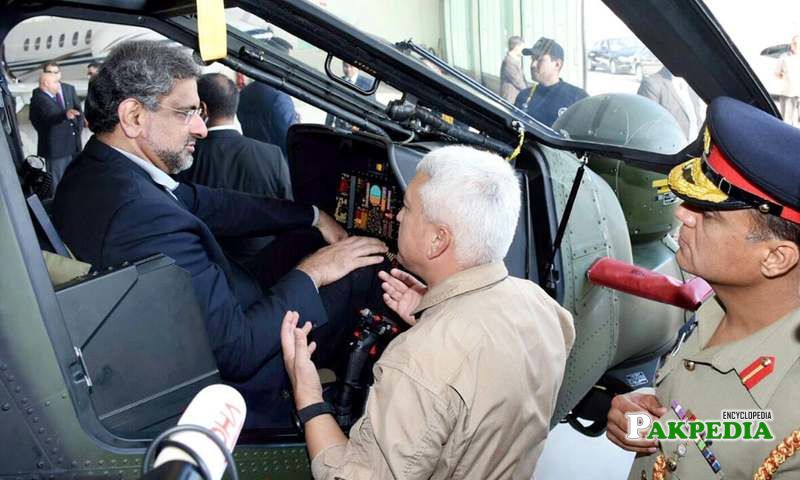 23 Oct 2017 - Prime Minister Shahid Khaqan Abbasi on Sunday took the Turkish attack helicopter T-129 for a test flight, becoming the first Pakistani premier to fly a military helicopterAfter talking to Pakistani and Turkish media following the test-flight of T-129 helicopter, Abbasi said Turkey's defence production industry was one of the best in the world and second to none.Answering a question about Pakistan's plan of purchasing T-129 helicopters, Abbasi said, our army is evaluating the helicopter, and we are negotiating the contract and terms.The prime minister also inspected the helicopter, where he was briefed by the Turkish aviation officials about the specifications and technical parameters of the combat chopper.[14] First PM to Fly Military Helicopter 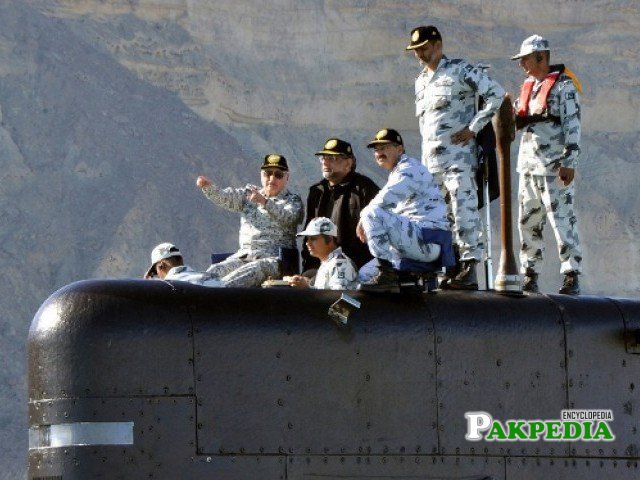 24 Dec 2017 - Shahid Khaqan Abbasi became the first Prime minister of Pakistan who boarded, sailed and dived on a submarine. PM Abbasi also witnessed Pakistan Navy’s display of power on his visit to the Jinnah Naval Base Ormara.The Prime Minister devoted his full day to witness the operational preparedness of Pakistan Navy.Chief of Naval Staff Admiral Zafar Mahmood Abbasi and senior naval officials also accompanied the PM.The Prime Minister set sail onboard Pakistan Navy Submarine SAAD in North Arabian Sea. Chief of the Naval Staff, Admiral Zafar Mahmood Abbasi also accompanied the Premier during his maiden voyage onboard the submarine. The Prime Minister also conducted submarine diving and surfacing procedures.During his visit onboard the submarine, Prime Minister was briefed about history of Pakistan Navy submarine force and achievements made by this elite force during 1965 and 1971 wars.[15] First Pakistani PM to Sail a Submarine

Shahid Khaqan Abbasi who lost the General Elections of 2018 has won the by Elections which held on 14th October 2018 with a maximum votes. The former Prime Minister of Pakistan succeeded to gather 75012 votes from NA 124 while his opponent Ghulam Mohiuddin managed to gather only 30456 votes. Shahid khaqan won this battle with almost 45000 votes.

Malik Najmul Hassan is a Pakistani politician.He i

Ahmed Hassan is a Pakistani politician who is serv