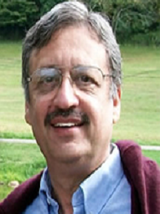 Bokhari has been associated with the Institute for Computer Applications in Science & Engineering (ICASE) at NASA Langley Research Center in Hampton, Virginia, where he spent a total of about seven years as a visiting scientist or consultant over the period 1978-1998.

He was with the Department of Electrical Engineering, University of Engineering and Technology, Lahore, Pakistan from 1980 to 2005 where he held the position of a Professor. He also served as Director of the Computer Systems Laboratory, Communications Laboratory and the Postgraduate Program at the Department of Electrical Engineering as well as the Directorate of Research Extension & Advisory Services of the University of Engineering and Technology, Lahore.[3]  Served As

He purportedly tendered his resignation from the Department of Electrical Engineering University of Engineering and Technology, Lahore over a dispute with the administration, notably the Vice-Chancellor Lt. Gen. (retd.) M. Akram and the Chairman of Department of Electrical Engineering Prof. M. Saleem Mian, and dissatisfaction with the policies of the country’s Higher Education Commission (HEC). Dr. Shahid Bokhari maintains he did not resign under protest for not being appointed Chairman of Department, although his critics claim otherwise.[4]  Resignation

At the time of his retirement in 2005, Bokhari was the only IEEE/ACM Fellow and the only Pakistani ISI Highly Cited Researcher resident in Pakistan. Bokhari’s resignation led to a letter-writing campaign by several of his former students who were dismayed at what they claimed to be mismanagement at the state-run Pakistani universities.

Bokhari’s ACM Fellow citation states that he received the award for his “research contributions to automatic load balancing and partitioning of distributed processes”, while his IEEE Fellow award recognizes his “contributions to the mapping problem in parallel and distributed computing”.[5]  Award