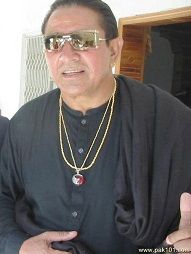 Shafqat Cheema is a well-known Pakistani film actor and director who has acted roles in many Urdu and Punjabi-language Lollywood films. He is notably known to have played the role of an antagonist in the 2011 blockbuster film Bol. He also acted in a supporting role in the drama Khuda aur Muhabbat.[1] Shafqat Cheema is a well-known Pakistani film actor  With his career of more than four decades, he is known for playing villainary roles and is dubbed as "Pakistan’s favourite villain". He acted in highest grossed Pakistani Punjabi movie Choorian which was released in October 1998 and earned more than Rs.200 million. 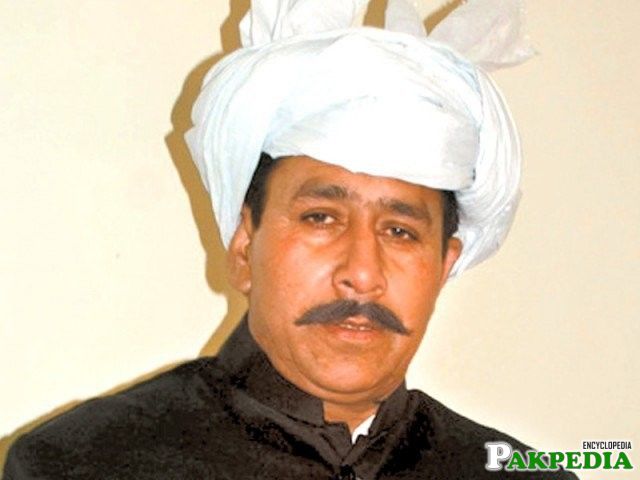 Shafqat Cheema in a morning Programe 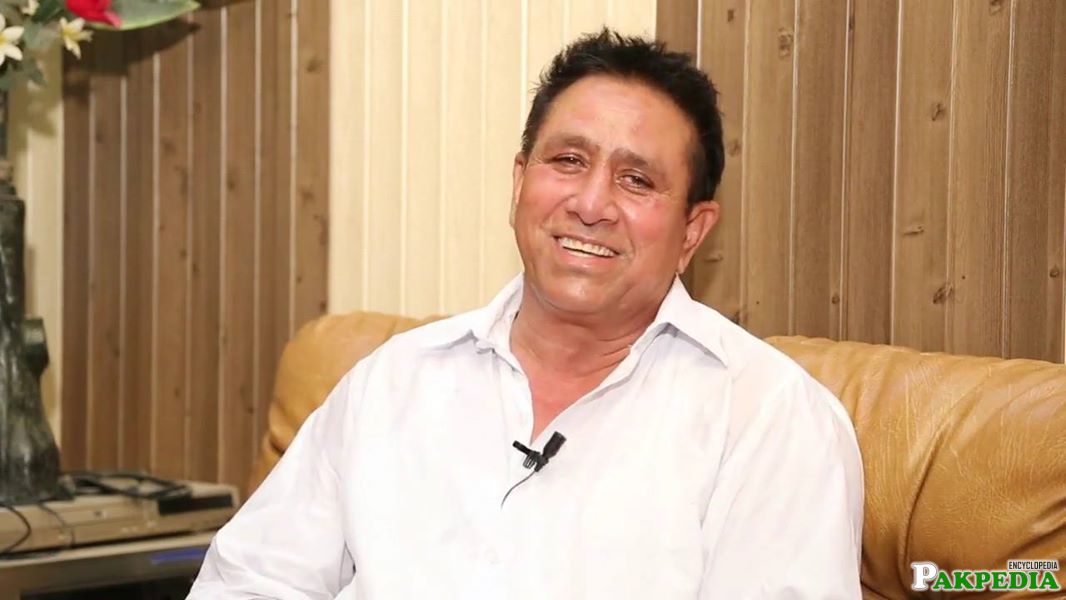 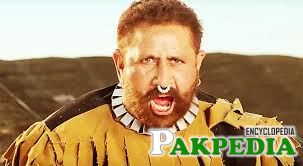 Shafqat Cheema as a Ghulam Rasool 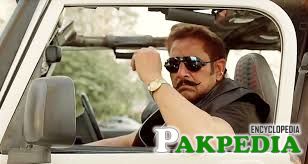 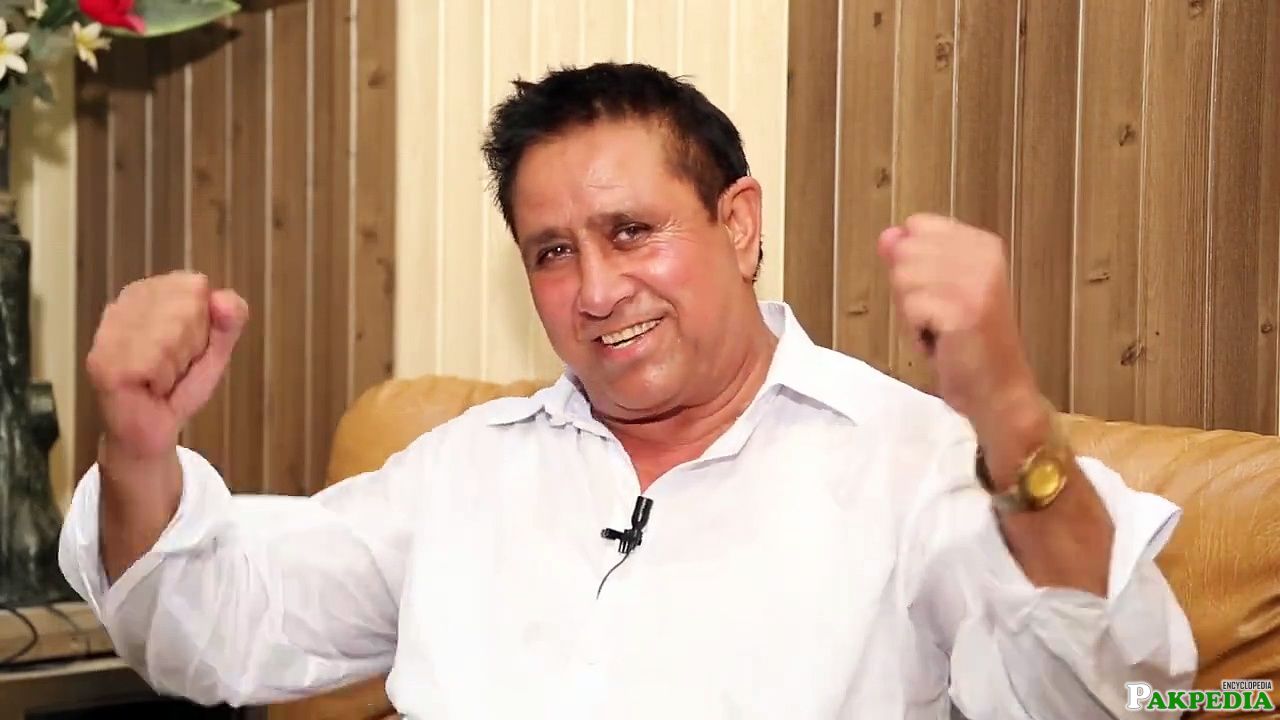 Shafqat Cheema is a great actor 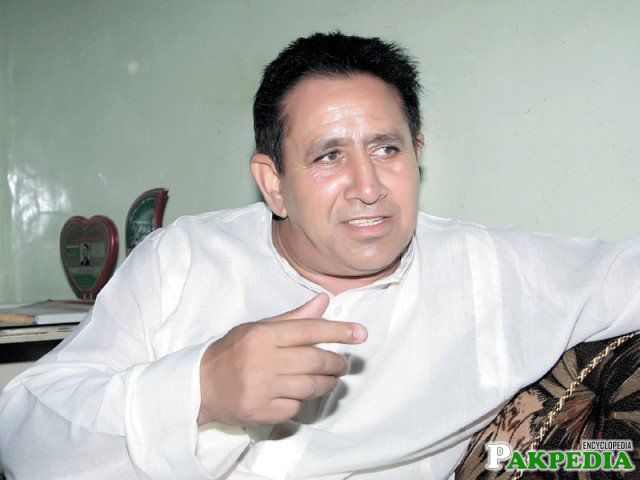 During the 1990s, the film industry of Pakistan went through a phase of revival in which one saw the traditional hero-villain movies making his way back into the cinema and attracting film viewers. What all of these movies had in common was the person playing the villainous role and that happened to be Shafqat Cheema. Shafqat rose to prominence with his villainous role in the movie 'Haathi Meray Saathi', directed by Shamim Ara. From there onwards, he appeared in countless movies such as 'Munda Bigra Jaye', 'Mr. 420', 'Hum To Chalay Susraal' and 'Mamla Garbar Hai'. Although he was typecast in the movies he worked, Shafqat seemed to do the roles with perfect ease and originality.[2] During the 1990s, the film industry of Pakistan went 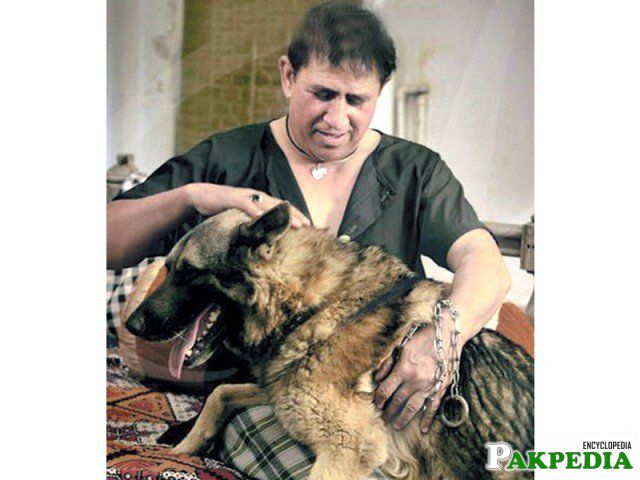 Shafqat Cheema with his Pet

Shafqat Cheema in Lollywood is these days one of the busiest actors. He is working in Punjabi, Urdu and Pushto movies. Recently he has signed a Pushto film, Zalmi large Pakhtoonkhwa, has an important role in the Khan and Shahid Khan, Asif. Therefore, Cheema really is the people's actor.[3] Shafqat Cheema in Lollywood ---------- is these days He is notably known to have played the role of an antagonist in the 2011 blockbuster film Bol. He also acted in a supporting role in the drama Khuda aur Muhabbat. 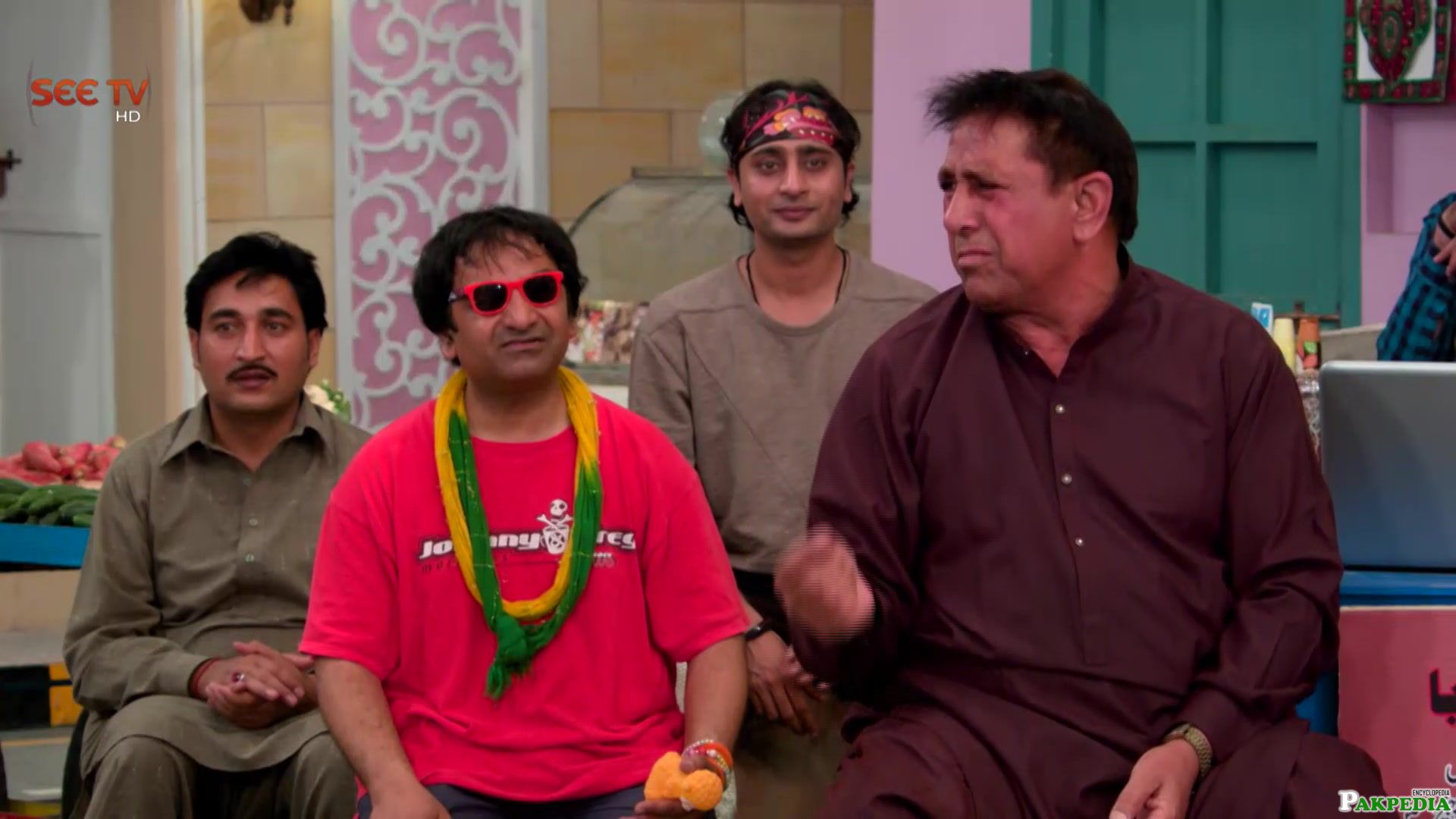 Shafqat Cheema has invited Indian filmmakers, Iqbal Dhillon, took the Punjabi film, Barbara Ratko Rahim Singh in the East Punjab. With Singh is King Akshay's popular, it seems that the Indian film-makers tend to make more movies Sikh personality. Of course, BRRS will be a very different film typical commercial enterprise. It focuses on the humanitarian aspects of religion. This is what makes Shafqat Cheema as the protagonist of the film is very important to include. Film's director, Radhey Cecil said that he has been watching Pakistan's Punjabi film, he likes the versatility of Shafqat Cheema, that he called him and asked him to do this role in his film. Other actors from the film Chandigarh, Delhi and Mumbai.[4] Shafqat Cheema has invited ------ Indian filmmakers List of movies, in which Cheema has played a role: 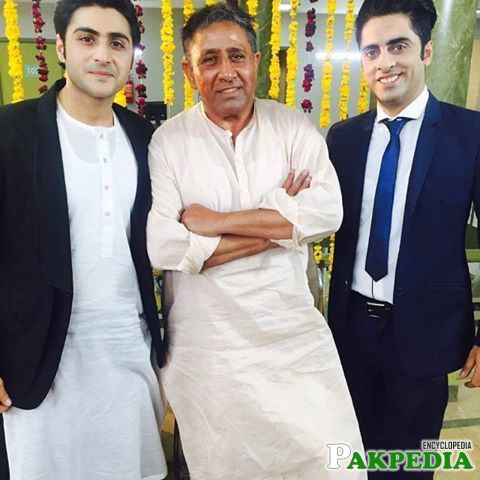 List of Dramas, in which Cheema has played a role:

About More Imformation of Shafqat Cheema 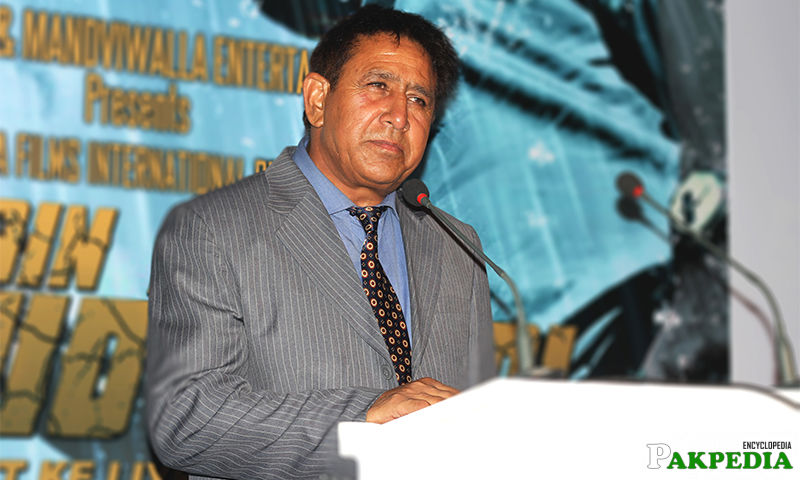 Shafqat Cheema The Legend of Pakistan

He is known for playing a striking variety of roles.Today, Shafqat Cheema is truly an awami adakar, and people look out for his antics whenever his new film is screened.Cheema is a great fan of Alauddin, and watches his films to learn to use his expressions and gestures. He showed how much he had learnt from his study in Syed Noor's film, Chooriyan, where he did a role that was quite different from his usual one-dimensional portrayals. Similarly, he performed quite well in Mehndiwaley Hath. [5] He is known for playing a striking variety of roles
Disclaimer: As an encyclopedia, pakpedia.pk's articles contains shared information which has collected from different sources and people. We welcome everyone for corrections and updates, Thank you.

Hassaan Niazi Khan is a Pakistani Barrister and Hu

Fahmida Mirza is a prominent public figure, who sh