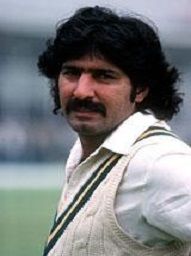 Sarfraz Nawaz Malik was born on 1st December  1948 in Lahore Punjab. He was one of the pioneers of reverse swing, His most prolific spell came in the Melbourne Test of 1978-79, but he kept going admirably on some heartless Test pitches in Pakistan. After retirement he became an outspoken MP and cricket commentator. 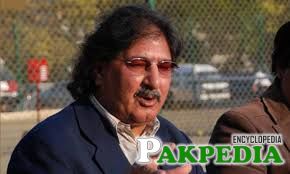 While discussing corruption in PSL 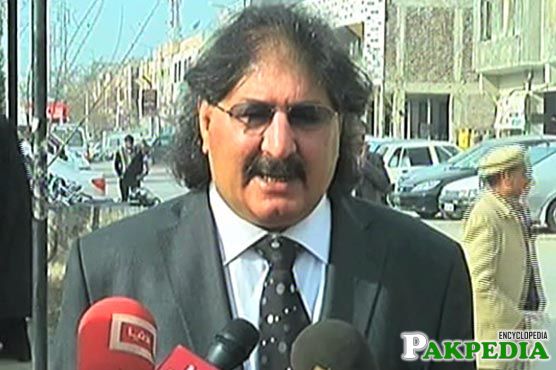 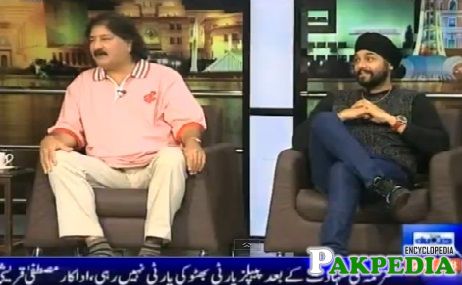 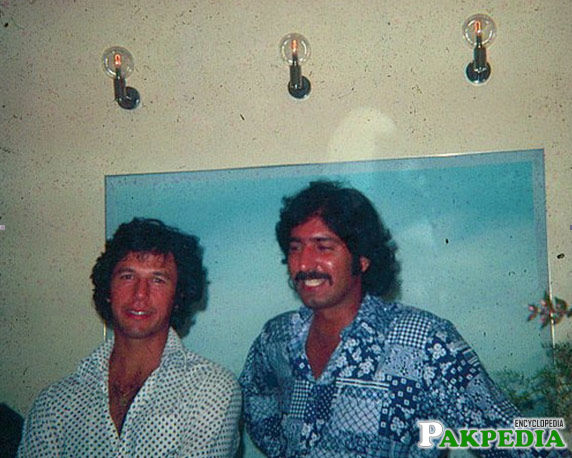 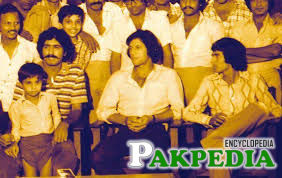 With Imran khan and Sikandar Bakht One of the initial purveyors of reverse swing, Sarfraz Nawaz Malik was top quality quick. He had all the ingredients of a potent fast bowler - a strong action, bouncers, yorkers and swing (both conventional and reverse). He was so effective that he generated good lift on docile sub-continental tracks too. He is more remembered for his 'spell from hell' - 9-86 against Australia at MCG in 1979. Overall, he snapped 177 Test and 63 ODI wickets. He also served Northamptonshire with distinction in two stints. As a lower order batsman, he often swung his bat and got quick runs and he averaged over 40 in a series on three occasions. He attracted a few controversies as well. Sarfraz controversially dismissed Aussie batsman, Andrew Hildrich for handling the ball in the next test at Perth after his 'spell from hell'. His withdrawal from a home series against England also created quite a furore.  Following his retirement, Sarfraz Nawaz plunged into the labyrinthine world of Pakistan politics.  [1] Biography Biography 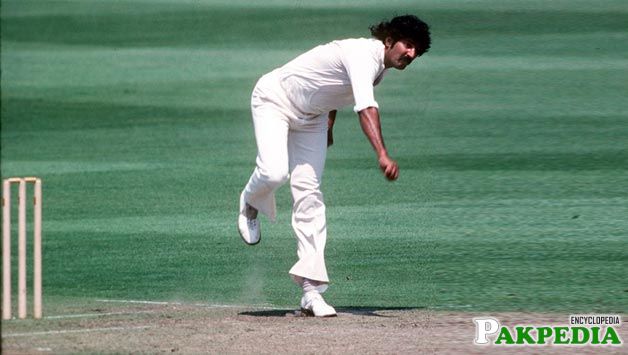 It’s the winter of 1978 and Pakistan and India head for an ODI decider in Sahiwal. Pakistan posts 205 runs in 40 overs. In response , India cruises to 183/2. They require 23 runs in the last three overs, as Sarfraz Nawaz runs to bowl to a six-feet-tall Anshuman Gaekwad, who is batting on 78 runs. The ball is short and goes high over Gaekwad’s head, and straight into Wasim Bari’s gloves. All eyes are on Pakistani umpires Javed Akhtar and Khizer Hayat, but they remain unmoved. Sarfraz repeats the act on the following three deliveries. Indian captain Bishan Singh Bedi is furious, and he waves to his batsmen to return to the pavilion. This became the first ever ODI to be conceded. The next one took another 22 years, when England’s Alec Stewart cited pitch invasion and walked off Headingly, Leeds. Pakistan needed 4 runs off 61 balls to win that match. Pakistan won the 1978 series against India 2-1 and Sahiwal never hosted another international game. Sarfraz will always be best known as the inventor of reverse swing. Through trial and error, Sarfraz had figured if one side of a cricket ball was roughed up and the other side was kept newer, the deliveries were unplayable. [4] Brilliant performance

When Bob Woolmer was found dead in Jamaica, Sarfaraz Nawaz was quick to suggest that he was murdered, even before the postmortem, linking it to corruption in cricket. He subsequently raised concerns about the safety of Pakistani Cricketers in West Indies, claiming Woolmer and Inzamam were getting threats from the bookies without naming his sources. He requested the involvement of Scotland Yard in the investigations, questioning the credibility of Jamaican police. He also alleged that the match Pakistan lost against West Indies in the World Cup 2007 was fixed. Later Sarfraz insisted that Woolmer's death in a Kingston hotel on 18 March was linked to match fixing and extended his help to track the gang of bookies. "I know five bookies made their way to the West Indies. I can help trace them. Perhaps we can even get some clues from the players", Sarfraz told The Sun, adding "Woolmer's death is connected with the match-fixing mafia.". "I believe the Pakistan World Cup games were fixed. There is a dark side to cricket. The game got on top of it for a while but it has never really been stamped out," he said. Scotland Yard, later, declared that no foul play was involved in Woolmer's death, rejecting Sarfraz's allegations and vindicating the Pakistani team. [5] Battle against match fixing 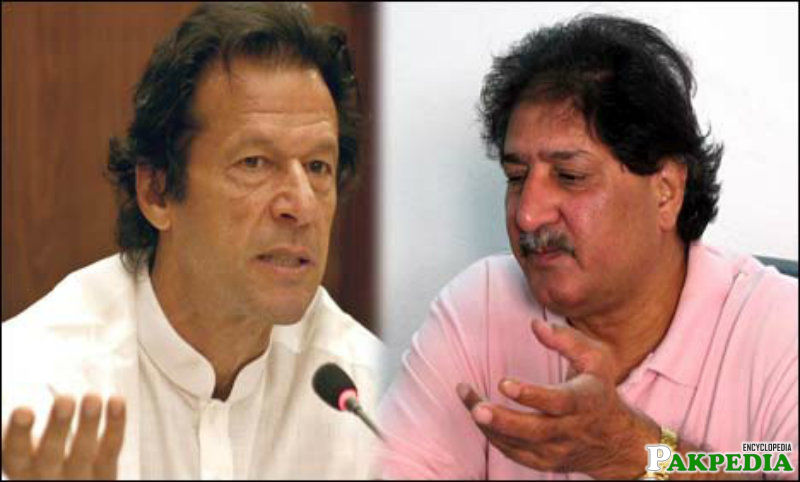 “Though Imran Khan and I have been very good friends and played cricket as a bowling duo for nearly a decade, my differences with him are political,” says Sarfraz Nawaz, former Pakistani Test cricketer and politician, in a chat with The Express Tribune. Sarfraz says he coached Imran in the art and science of the reverse swing, a technique he had pioneered. During Ghulam Safdar Butt’s tenure as Pakistan Cricket Board president, Sarfaraz says he “rescued” Imran from an inquiry over misconduct. “Imran was accused of forcing a PCB official out of a dressing room in Peshawar,” he says. “He asked me for help so I requested General (r) Khalid Mahmud Arif, then Vice Chief of Army Staff, to drop the inquiry.” Sarfraz says the general was reluctant but agreed. “Imran announced his retirement from Pakistan cricket a few days after the inquiry was shelved but then changed his mind and came to me to make a graceful return,” he says. [6] defferences with imran 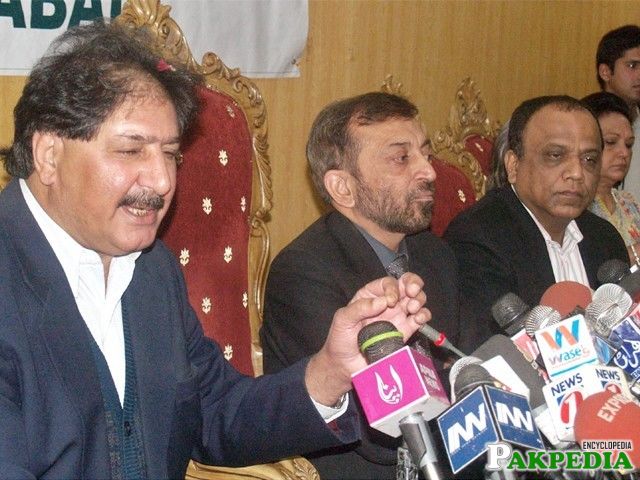 Sarfraz was the first to start the trend of multiple retirements in Pakistan cricket. He became an outspoken commentator and critic once he finally retired in 1984. He was a member of parliament under Zia ul Haq’s rule in 1985. He also served as vice chairman of the Punjab Sports Board under then chief minister Nawaz Sharif, who was also chairman of the board. Later on, Sarfraz contested the election with a PPP ticket during Benazir Bhutto’s comeback trail in 1988. In 2011, he joined MQM. He coached Pakistani fast bowlers at the National Cricket Academy in Lahore and Indian fast bowlers at a clinic in Delhi. [7] Commentory and politics

Zaid Alam is a newly selected cricketer in ICC U19

Marina Iqbal is a Pakistani Cricket player who mad

It would be wrong to not mention the name of Aqeel