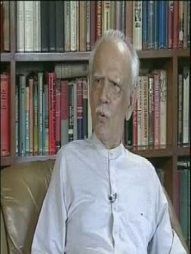 Â Â Â Â
Sardar Sherbaz Khan Mazari (Ø³Ø±Ø¯Ø§Ø± Ø´ÛŒØ± Ø¨Ø§Ø² Ø®Ø§Ù† Ù…Ø²Ø§Ø±ÛŒâ€Žâ€Ž)Â (born 6 October 1930) is a prominent Pakistani politician and the former leader of the opposition in the National Assembly hailing from the Baloch, Mazari tribe situated in Rojhan-Mazari. His Father was theÂ Chief of the Mazari Tribe. He was the Promiment Politician in the 80's. He was also the Leader of Opposition from 1975-1977.Â  He was also the Head of a Poltical Party name "National Democratic Party (NDP)". 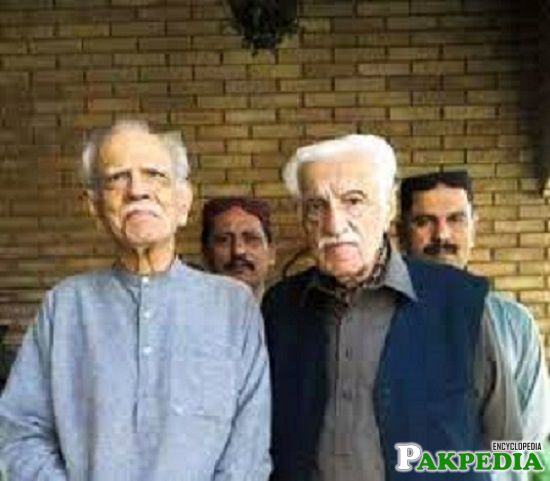 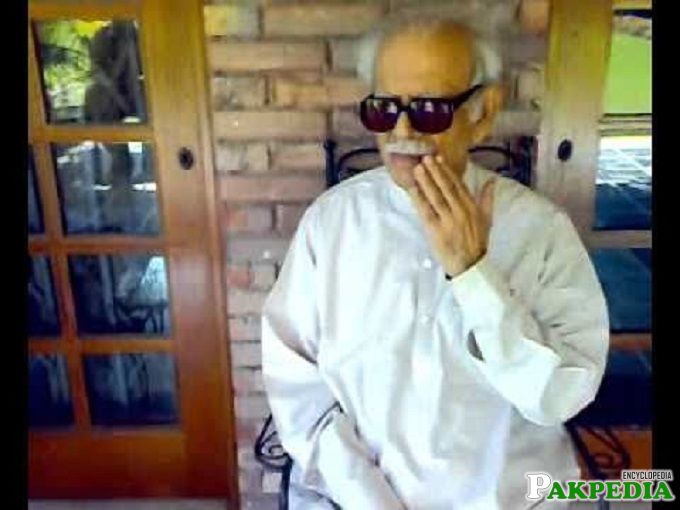 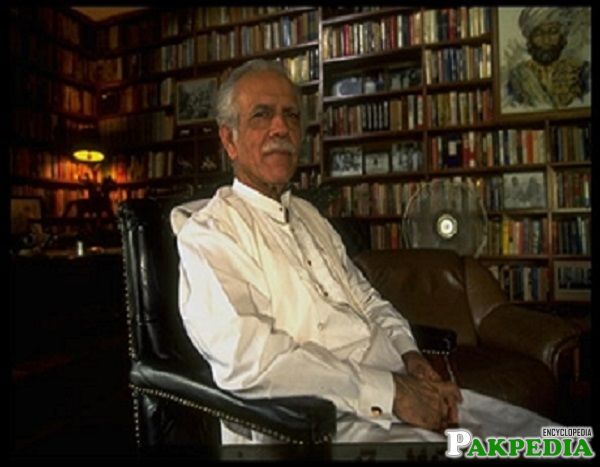 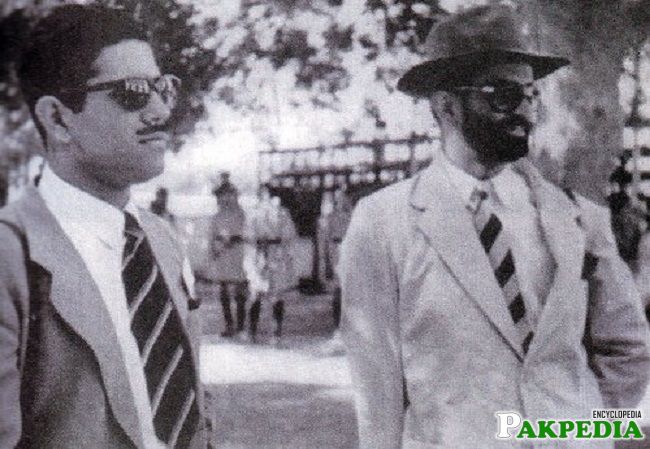 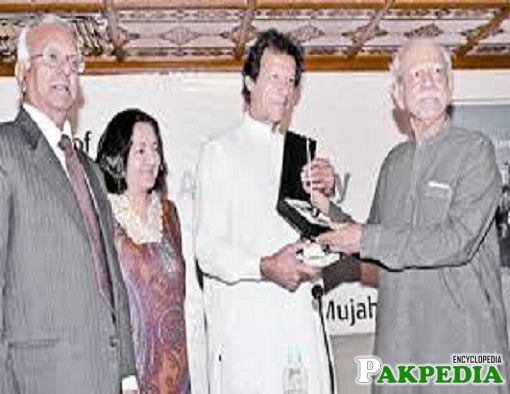 Mazari (Ù…Ø²Ø§Ø±ÛŒâ€Žâ€Ž) is a Baloch tribe in Pakistan. Mazari is derived from the Balochi word" mazar", which means "Tiger" in the Balochi language. Rojhan-Mazari, a town in the Rajanpur District of the Punjab near the inter-provincial borders of Balochistan, Sindh and Punjab, is the stronghold of the Mazari tribe.

He was born at Rojhan on 6 October 1930 to Mir Murad Baksh Khan, Chief of the Mazari Tribe; he lost his mother when he was 1 and father when he was 2. As an orphan he, his two brothers and three sisters were placed under the guardianship of the British Government. He studied at Aitchison College at Lahore and until the independence of Pakistan in 1947 at the Royal Indian Military College at Dera Doon. 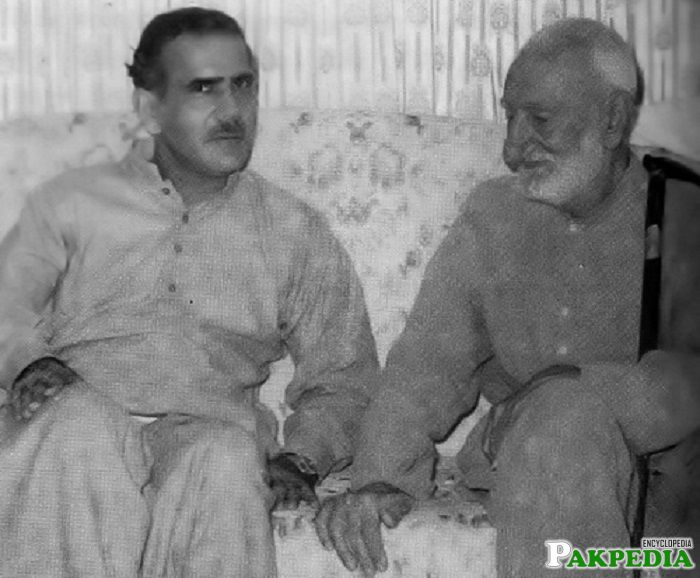 Sardar Sherbaz Khan Mazari entered politics by supporting Miss Fatima Jinnah, sister of Mohammad Ali Jinnah, against Ayub Khan in the Presidential elections of 1964. In 1970, he was elected to the National Assembly as an independent candidate. He was a signatory to the 1973 Constitution, as head of the independent group in the Assembly. Though a signatory to the 1973 Constitution and once a friend of Bhutto, Mazari had opposed PPP action in Balochistan and formed the NDP to fill the vacuum created by the ban on NAP. With the formation of the NDP, Sardar Mazari led the opposition in the National Assembly till 1977. He remained active in politics after the July 5, 1977 coup which led to Bhuttoâ€™s ouster. The NDP suffered a split when ultra-left elements led by Sardar Khair Bakhsh Marri pleaded for waging a struggle for the separation of Balochistan. Finally, Wali Khan and Mazari separated. [1]Â A leaf from history: Mazari fills the vacuum 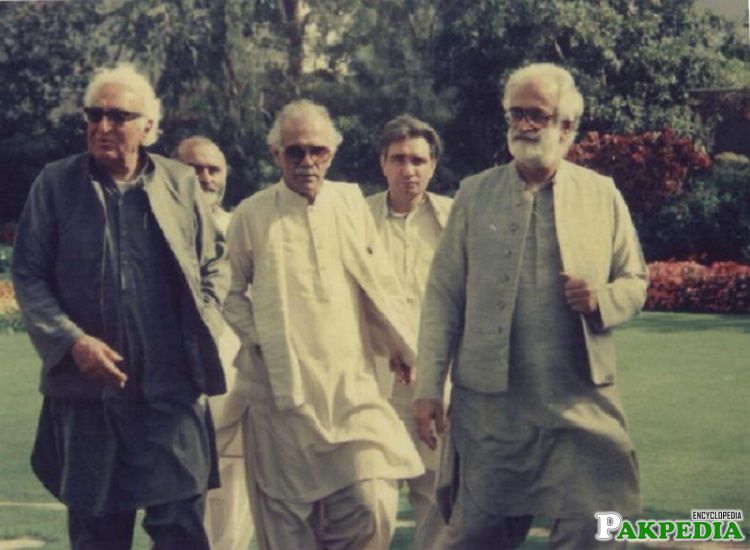 With the NAP leadership largely imprisoned, a new political party was formed on the wreckage of the NAP in 1976 by Sherbaz Khan Mazari. Named National Democratic Party (NDP), it was headed by Sherbaz Khan Mazari. The Hyderabad case was withdrawn after General Muhammad Zia-ul-Haq imposed martial law in July 1977. Wali Khan left party affairs to Sher Baz Mazari after his release from jail in 1979. The party faced a split at that time between far left elements led by Khair Bakhsh Marri advocating outright separation and armed struggle and those advocating political struggle led by Sherbaz Khan Mazari. The split ended the alliance between Pashtun Nationalists and Baloch Nationalists that Wali Khan had formed in 1969 and led to the formation of the Pakistan National Party. Sherbaz Khan Mazari led the NDP into joining the Movement for Restoration of Democracy. The alliance with former rivals the PPP did not go down well with Ghaffar Khan who encouraged by Governor Fazle Haq warned Ghaffar Khan of what would happen if the PPP returned to power. This move led to a split between Mazari and Wali Khan which were aggravated after Wali Khan in a statement rejected the 1973 constitution and Wali Khan's election as NDP President. The NDP was merged with other nationalist parties from Balochistan and Sindh in 1986 in Karachi to launch a new political party named Awami National Party with Wali Khan as its president and Rasul Bux Palejo as its general-secretary.

Pakistan A Journey to Disillusionment In 1999, he wrote his memoir - Pakistan: A Journey to Disillusionment. This autobiography not only received excellent reviews but also proved to be a best seller within Pakistan and among Pakistanis living abroad.

He is the brother of Mir Balakh Sher Mazari, the chief of Mazari Tribe and former caretaker of the prime minister of Pakistan.