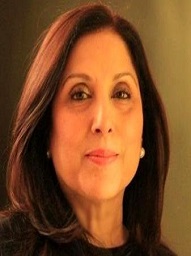 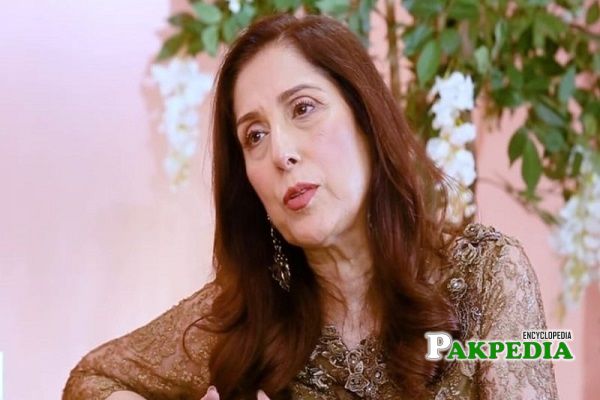 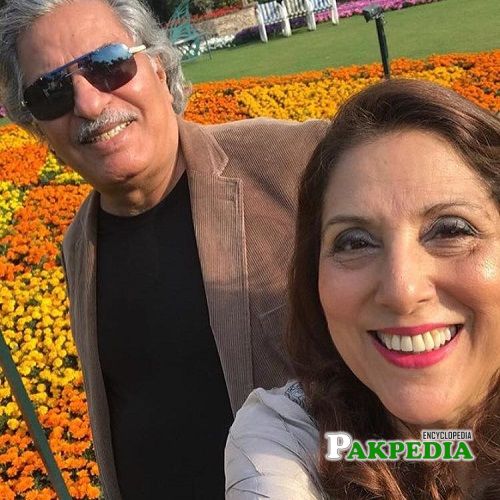 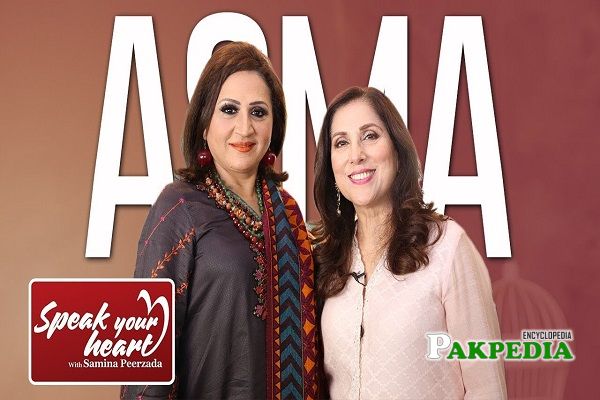 Samina Peerzada with Asma Abbas on set of Rewind with Samina 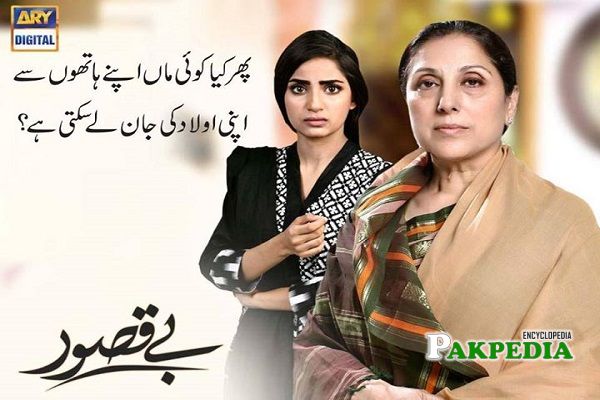 Samina Pirzada is one of the senior and astounding personalities of the Showbiz Industry who has given marvelous and unforgettable performances till now. She has a long list of successful and top-rated dramas. Samina is a Pakistani actress, Director, and Host since the 1980s. She is an essence of grace and charm, which still rules the television screens, even in the role of a mother. Coming from a non-artistic family, she grappled at the start of her career.

She was born in Lahore on 9th August 1945. Later her family moved to Karachi, where she lived all her life. Currently, she is residing in Lahore city.

She has a degree of Bachelor, which she obtained from the Government College of Commerce & Economics.

She hails from a Kashmiri family. She got married to her fellow co-star Usman Peerzada who is likewise a renowned Pakistani actor, Director, and Producer. They blessed with two daughters Amal Peerzada and Anum Peerzada. Her daughters are not part of the Showbiz Industry yet.

She is currently ruling the screens with her show 'Rewind with Samina' where several celebrities have appeared as a guest. Though she often gets trolled by the people yet is the most loved Pakistani host right now because of her way of talking and her way of communicating with the guests.

Samiya Mumtaz is a talented and prominent name in

Kinza Patel is a bold and courageous Pakistani mod