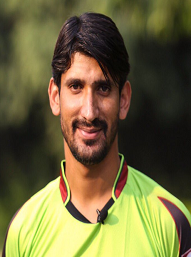 Amid uncertainty, fear and cross-border terror, a young fast bowler has surfaced on the cricketing radar in Azad Jammu and Kashmir (AJK) who bowls at 90 miles per hour speed and is aspiring to represent Pakistan at the national level. 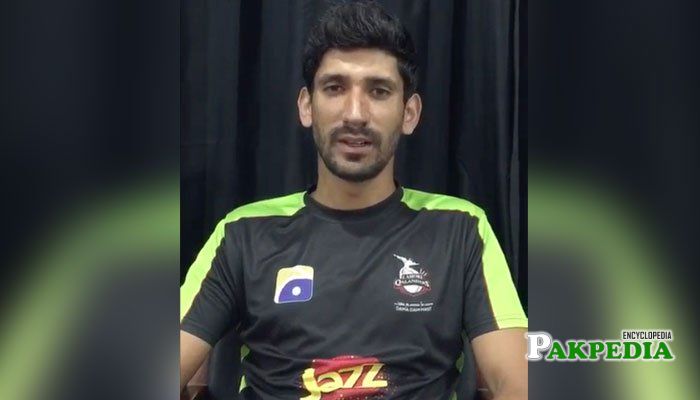 Selection For Lahore Qalandars in PSL 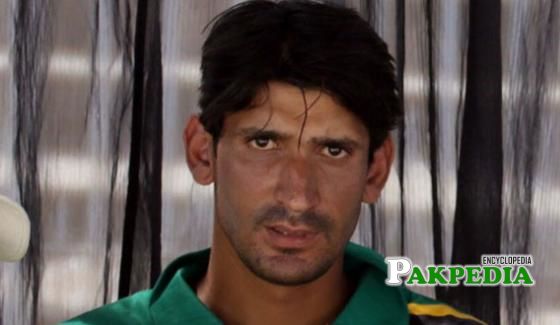 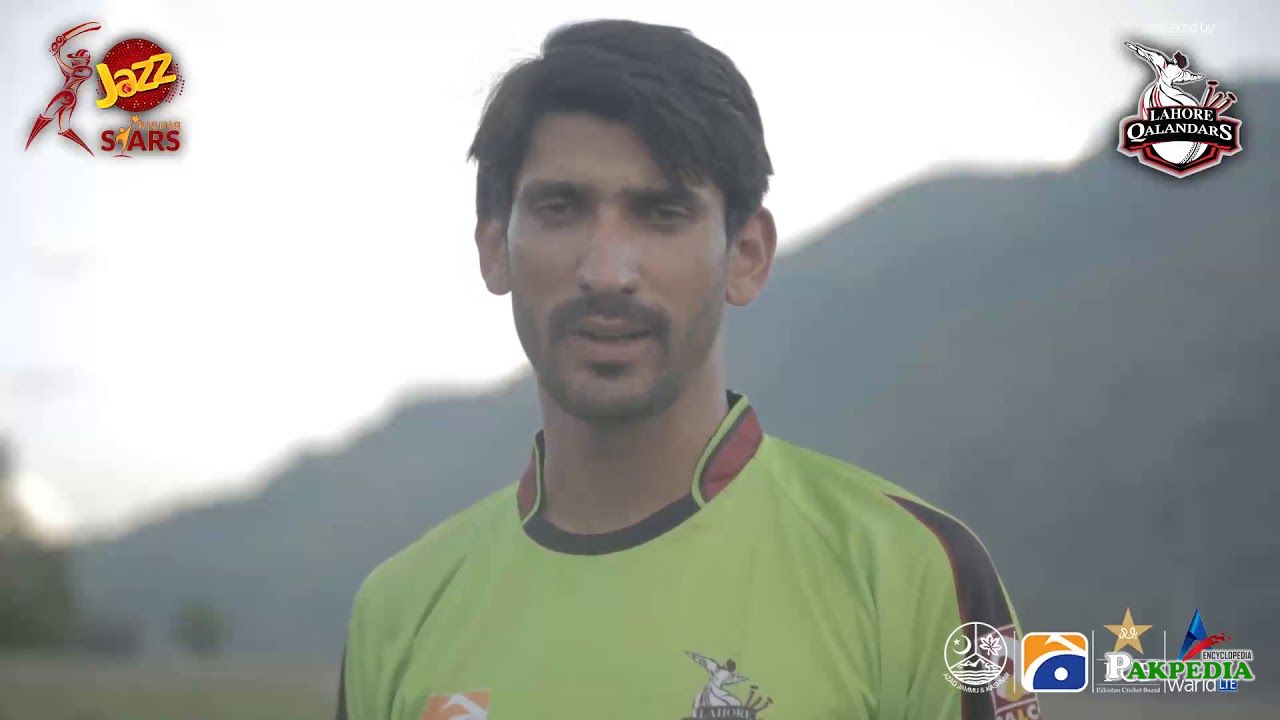 From Azad Jammu and Kashmir 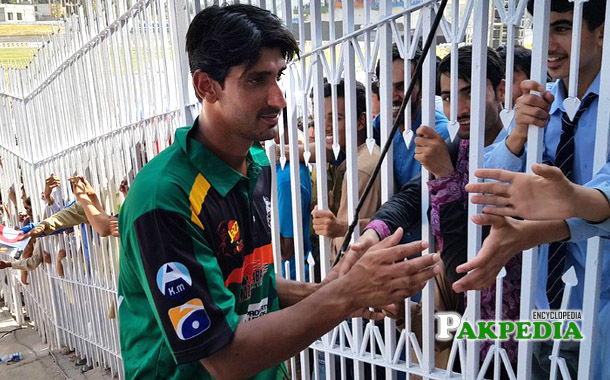 Handshaking with his Friends

The 21-year-old pacer, Salman Arshad, has the potential to bowl up to 90mph and currently represents Muzaffarabad team at the regional level.Arshad became the talk of the town when he bowled at the speed of 90mph in the trails held at Muzaffarabad by PSL franchise Lahore Qalandars.“I knew that I bowl fast but didn’t know what speed I bowled at," Arshad told Dawn News. "I found out this during the trials, which not only amazed the coaches but also amazed me.”“This was a really surprising moment for me and for other players who used to play with me. It gave me more confidence and I was selected for Muzaffarabad".[1]  Details

The bowler who belongs to a small village in AJK has earlier represented Rawalpindi in under-19 grade-two cricket at the regional level.“I have been playing for AJK for quite some time now, and was also picked by Fata for first-class cricket during the new drafting process in Quaid-e-Azam Trophy this year, but never have I received the kind of recognition that I am receiving now,” Arshad expressed.Praising his coaches for their support, Arshad says he is working hard to ensure their efforts pay off.“I am working on my pace and action and I am hopeful that first I will go to Australia through this programme, then will represent Lahore Qalandars in next PSL season, and then hopefully my hard work will help me get a place in the national squad,” he added.[2]  Azad Jammu and Kashmir (AJK)

He was of the opinion that lack of infrastructure remains a hindrance for people to of AJK to showcase their skills. “When I used to play tape-ball cricket, I saw a lot of talent but as there are not many proper grounds in Muzaffarabad, so the talent doesn’t come up. I got the chance as I went to Rawalpindi region,” he said.Arshad yearns for a day when at least one Kashmiri player will represent the region by playing in Pakistan’s national team across the globe.

Greetings from all Kashmir

After all, he has received the greetings from all Kashmir which has made this day the most pleasant one for him. On the other hand, Prime Minister Azad Farooq Haider Khan also joined Salman Arshad’s Lahore Qalandar and Azad Kashmir of the Franchise. Appreciate the steps.

In a message, Raja Farooq said that Lahore Qalandars fulfilled his promise in which Salman Arshad got an opportunity, hoping Kashmir players would be brought forward in other sports. In his message, Prime Minister Kashmir also thanked Geo. Meanwhile, CEO of Lahore Qalandars Franchise Rana Atif told Geo News that Salman Irshad’s selection proves that cricket connects all Pakistan together. Rana Aifir said that Qalandar’s aim was to give the opportunity to every player of the area and trials in Kashmir under this objective, where Salman Arshad got them.
Disclaimer: As an encyclopedia, pakpedia.pk's articles contains shared information which has collected from different sources and people. We welcome everyone for corrections and updates, Thank you.