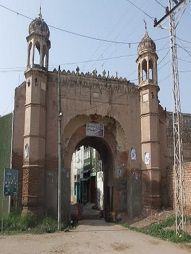 Sahiwal is a city in central Punjab, Pakistan. It is the administrative center of Sahiwal District, and used to be that of the former Sahiwal division. Sahiwal is approximately 180 km from the major city Lahore and lies between Lahore and Multan. With a population of 207,388 (1998 Pakistan Census), it is the 14th largest city in the Punjab and the 22nd largest city in Pakistan. 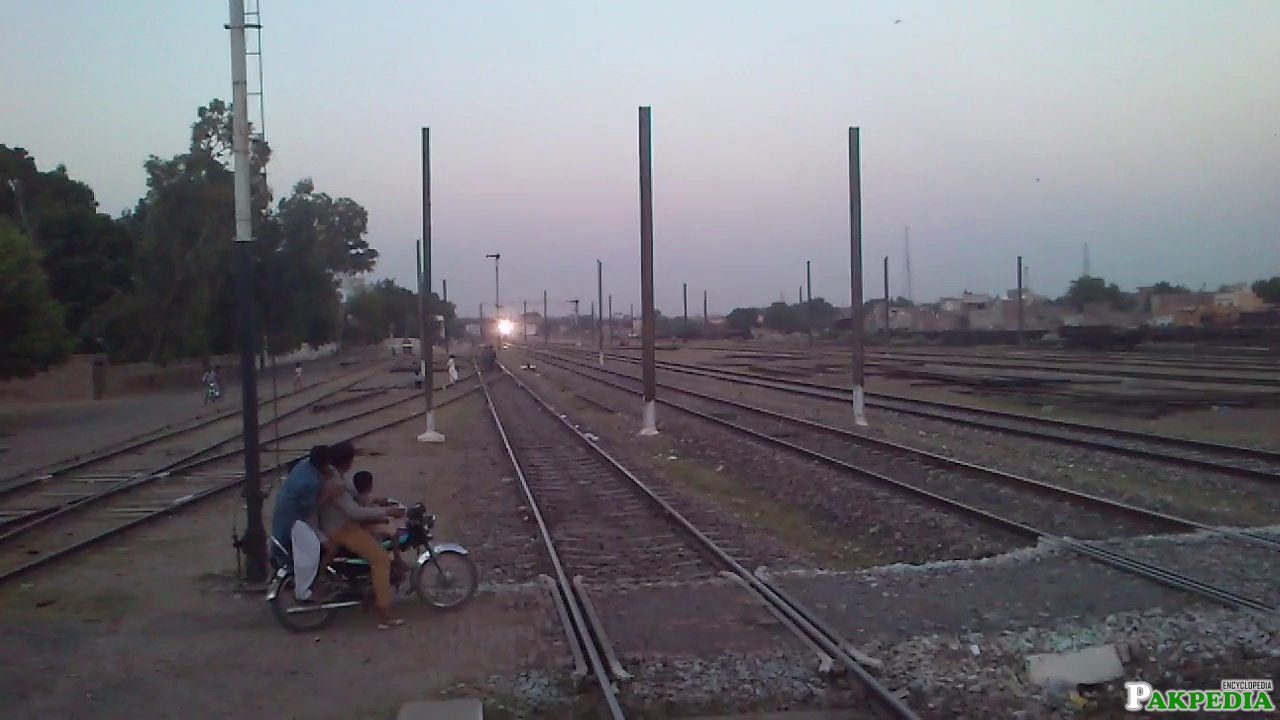 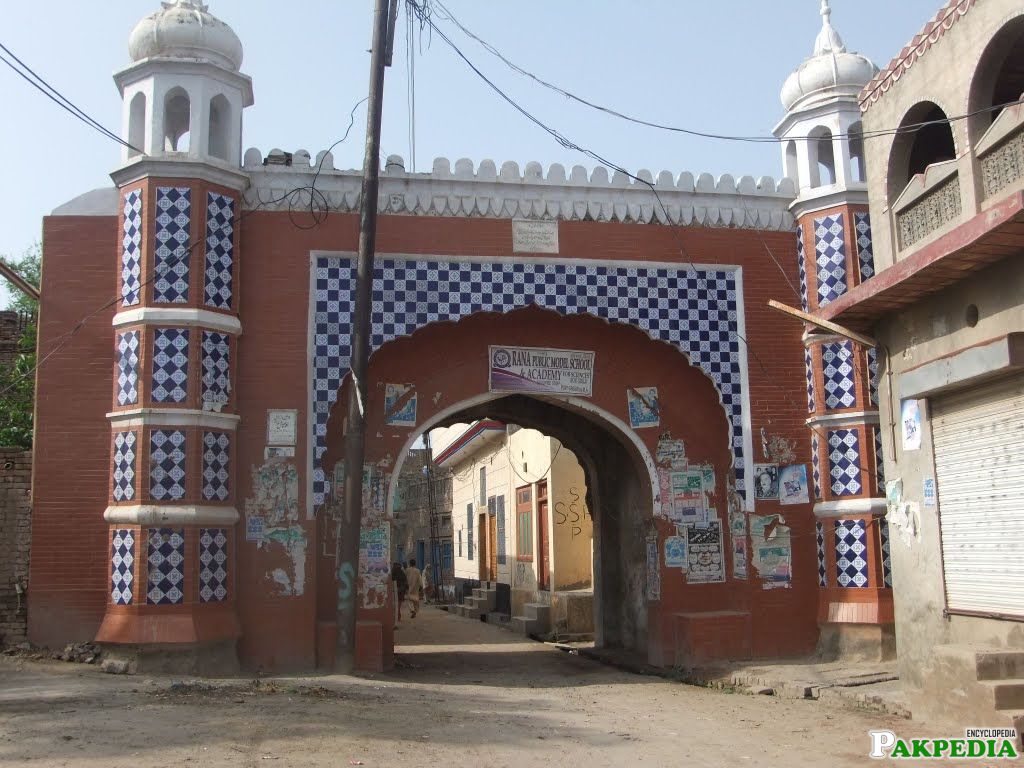 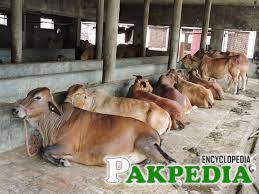 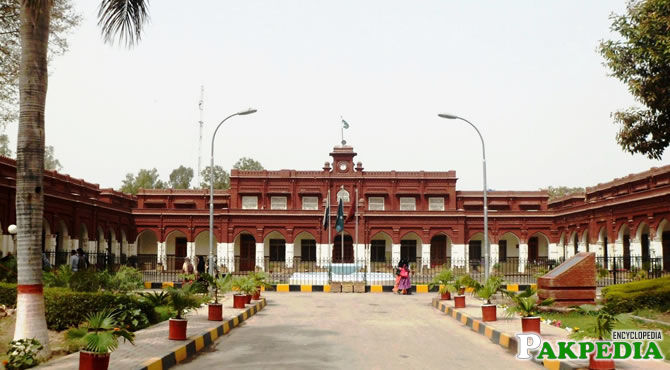 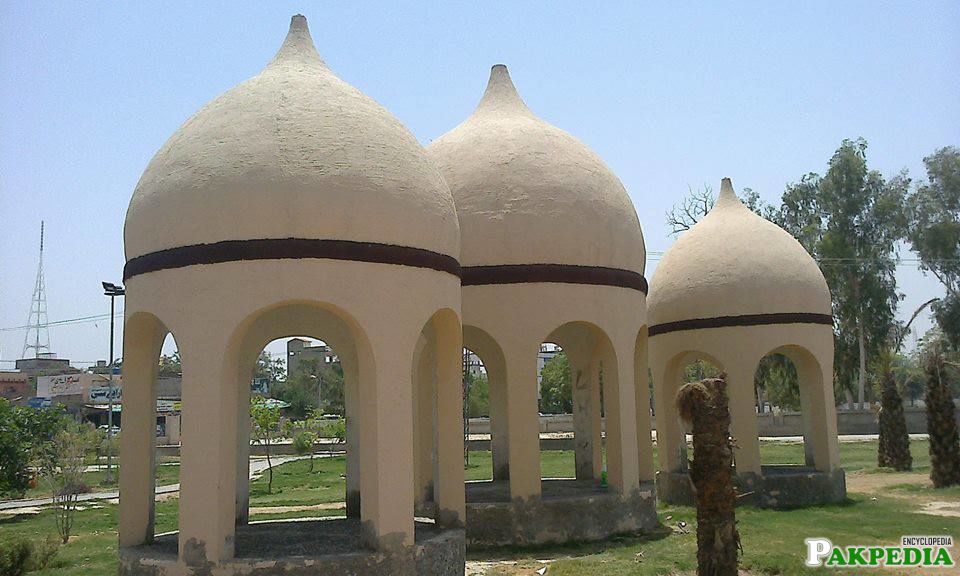 The Sahiwal District has been settled from the pre-historical era. Harappa is an archaeological site, about 35 km (22 mi) west of Sahiwal, that was built approximately 2600 BCE. The area was part of South Asian empires and in crossroads of migrations and invasions from Central Asia. The pastoral tribes of this barren expanse did not appear to have paid more than a nominal allegiance to the Muslim rulers, the population for the most part remained in a chronic state of rebellion. 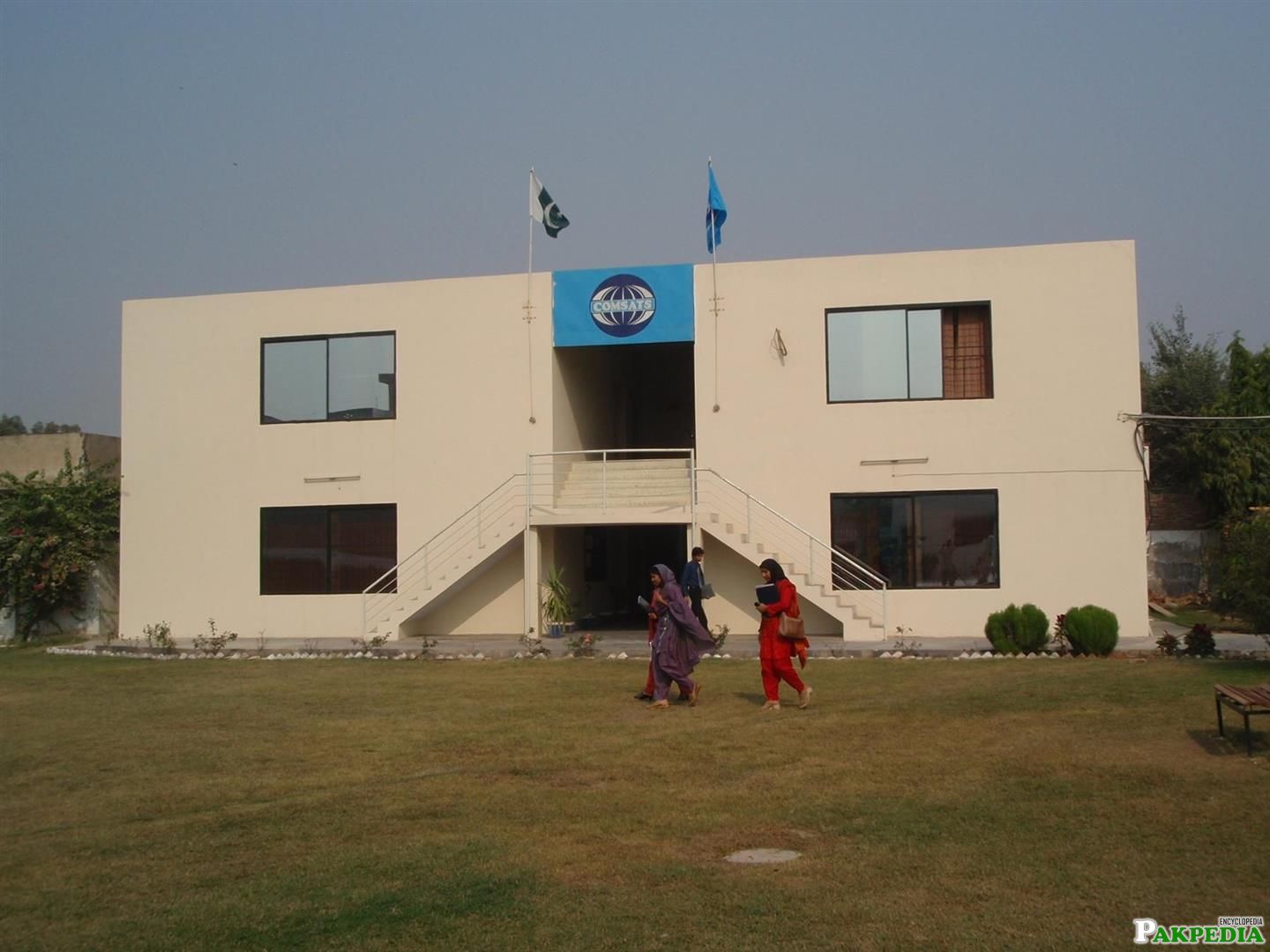 Sahiwal is located close to Pakpattan, a famous medieval town and Muslim Sufi pilgrimage site. Pakpattan owes its sanctity and modern name, 'the holy ferry', to the shrine of the great Muslim Sufi Fariduddin Ganjshakar Shaikh-ul-Islam, Farid-ul-Hakkwa-ud-Din, Shakar Ganj (1173–1265) which was visited by old great traveler and historian Ibn Batuta in 1334. The native population converted to Islam by Sufi missionaries. After the decline of the Mughal Empire, the Sikh took control of Sahiwal. The inhabitants were treated benevolently during Sikh rule. The district came under direct British rule in 1849, when the district was officially formed with its headquarters at Pakpattan. The district was expanded to include the trans-Ravi portion in 1852, and the district headquarters were moved to Gogera. In 1865, when the railway was opened, a village on the railway side, was named "Montgomery" and became the capital of the district.[1] History

The climate of Sahiwal district is extreme, reaching 45 °C in summer, and down to −2 °C in winter. The soil of the district is very fertile. The average rainfall is about 200 mm[2] Climate 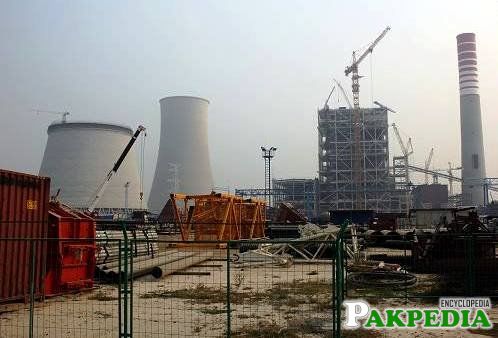 Sahiwal is twinned with the town of Rochdale, in Greater Manchester, North West England. There is a direction sign in Rochdale’s town centre pointing in Sahiwal’s direction with “Sahiwal 3960 miles” written on it 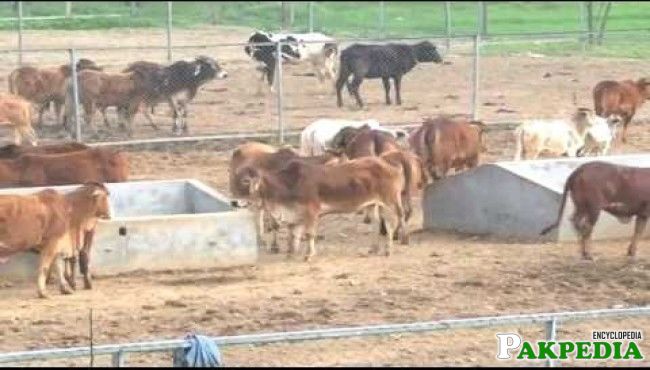 The Sahiwal Cattle breed is the best dairy breed of zebu or humped cattle (Bos Indicus), followed by the very similar Red Sindhi and Butana breeds. It originated in the dry Punjab region which lies along the Indian-Pakistani Border, and was once kept in large herds by professional herdsmen called "Jaanglees". With the introduction of irrigation to the region their numbers dropped, and farmers used them as draft and dairy animals. The Division Sahiwal has one of the best dairy breeds in India and Pakistan. It is thick-resistant, heat-tolerant and resistant to parasites, both internal and external. Cows average 2270 kilograms of milk while suckling a calf and much higher milk yields have been recorded. Due to their heat tolerance and high milk production they have been exported to other Asian countries, Africa, Caribbean and around the world. As oxen, they are docile but slow, making them more useful for slow work. Their colour can range from reddish brown to red, with varying amounts of white on the neck, and the underline. In males, the colour darkens towards the extremities, such as the head, legs and tails. Sahiwal breed arrived in Australia via New Guinea in the early 1950s. In Australia, the Sahiwal breed was initially selected as a dual-purpose breed. It played a valuable role in the development of the two Australian tropical dairy breeds, the Australian milking zebu and the Australian Fresian Sahiwal. Sahiwal breeds are now used in Australia for beef production, as crossing high-grade Sahiwal sires with Bos taurus animals produced a carcass of lean quality with desirable fat cover. The Sahiwal breed is the heaviest milker of all zebu breeds and displays a well-developed udder. It sires small, fast-growing calves and is noted for its hardiness under unfavourable climatic conditions.

It is spread over an area of 3201 sq km and comprises two tehsils namely: Sahiwal District also contains many subtowns like:

There are transport connections via road and Pakistan railways to Lahore, and a regional airport under construction.[4] Transport Connections 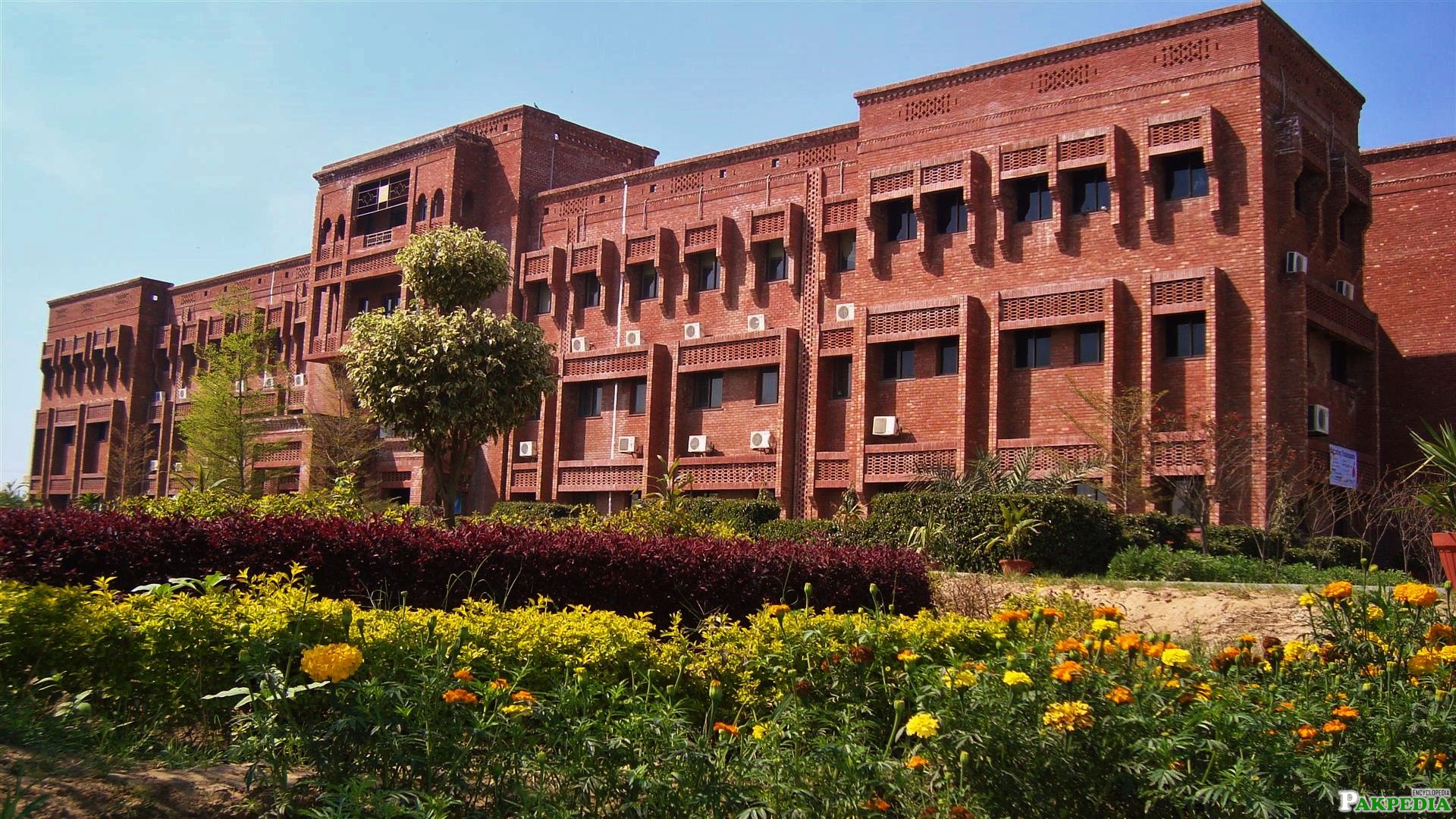 Sahiwal has several educational institutes of quality. But unfortunately the literacy rate is still very low: about 30% overall and 51% in the city of Sahiwal. The Divisional Public School (DPS) and St. Mary's Convent High School are the leading schools of the city. Other notable schools are Government High School, Comprehensive High School, Government Pilot Higher Secondary School and Junior Model High School. Government Immamia College, Government Postgraduate College (GPGC) and Government College for Men and Women. Baha-u-Deen Zikria University (BZU) sub-campus is also working there. Virtual University has opened a campus in Sahiwal, and offers distance learning programmes. It is situated near the Government College Sahiwal.

The sub-campus of COMSATS Institute of Information and Technology (CIIT) is under construction at Sahiwal due to the efforts of then Minister of Science and Technology from Sahiwal. The private sector is playing a major role in education system. Renowned schools in this regard are The Educators, The Beaconhouse School System, Bloom Field Hall, The City School and Pre-Forces Cadet School. A new building of The City School is under construction in front of the Comprehensive School of Sahiwal. After completion, it will be the largest private school campus in Sahiwal. Another new school established in 2007 is the Dare-Aqram Model School, Government College Of Technology, Muhammadan Law College Sahiwal and Multan Law College Sahiwal is also imparting quality education in the field of law for the people of Sahiwal since 1992/1998 and AL SAHI SPECIAL EDUCATION CENTER is here for disable children.[6] Sub Campus of COMSATS

The Vedic period is characterized by Indo-Aryan culture that invaded from Central Asia and settled in Punjab region.

Although Islam is 1400 old religion yet, it first time came in this region very late probably with the arrival of Arabic Merchants. However, attack of Muhammad Bin Qasim and teachings of Fariduddin Ganjshakar became the main source of propagation of Islam in this region. Before Partition, Montgomery Known then, Sahiwal was a Muslim Majority area with the minority of Christians, Hindus and Sikhs. Later two fled To the other side of the Border when there was lots of chaos and riots during the Independence of Pakistan. In 1998, Muslim proportion was 98.7%.[7]  Religions of Sahiwal The Sahiwal Division Jail is one of the ancient jails in Punjab. It was depicted in one of the famous Pakistan Television Corporation (PTV Drama) Jangloos. A famous Urdu poet, Faiz Ahmad Faiz, wrote a major part of his poetry while he was in Sahiwal Jail as a political prisoner.A new high security jail is under construction next to the central jail.[9]  Sahiwal District Jail

Now Sahiwal is also on Information Super Highway after getting High Speed DSL Internet Facility by Multi net. A lot more development is being done in the field of IT and Telecoms. Sahiwal is also connected with backbone fiber that connects all major cities of Pakistan. All Government Schools in Sahiwal have latest PIV Based Computer Lab from IT and Computer Labs Project Government of Punjab. Roughly one million rupees is spent on each lab. The Government hoped that this project will defiantly improve the IT Education Standard in Sahiwal.[11]  Internet 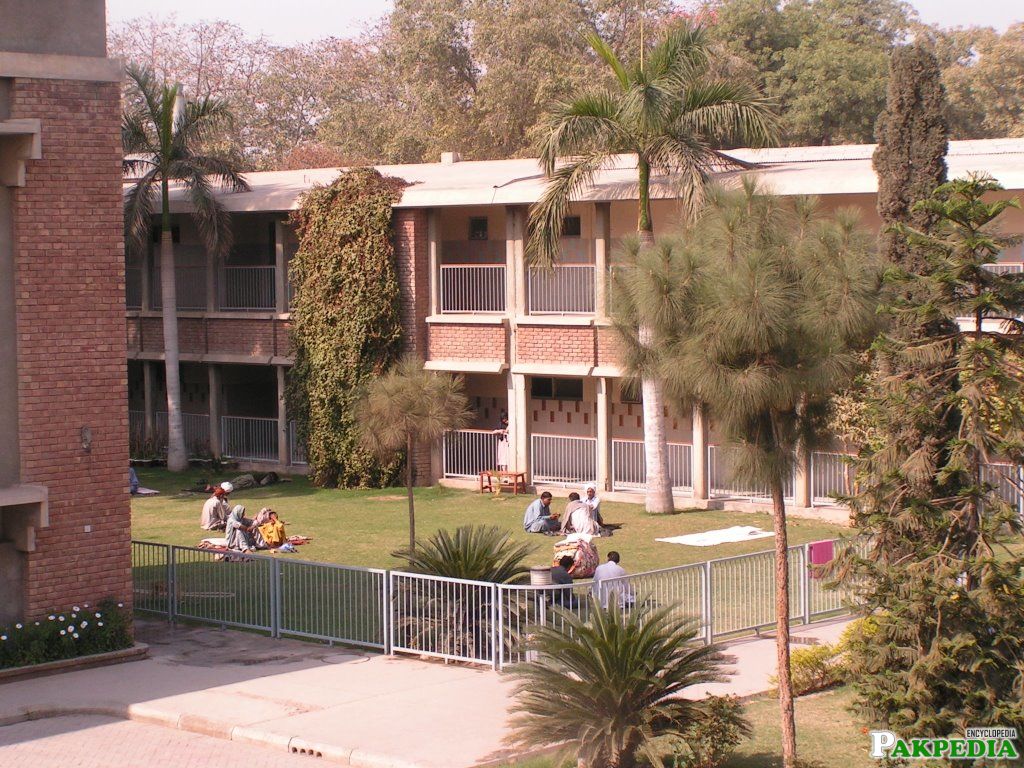 The District Hospital commonly known as the Civil Hospital is the largest hospital of Sahiwal. It has a nursing school and also offers different laboratory courses. Many well known doctors of the city have served their House Jobs here. However adequate medical facilities, especially emergency specialist equipment, are often not available and patients are referred to Lahore (the capital city of the Punjab), which is inconvenient and risky.Other notable and renowned hospitals include the Christian Hospital, Bhagwan jee Children Hospital, the Mir Wilayat Hussain Zaidi MaternityHospital and the Sadiq Medical care Hospital at faride town. Shaukat Khanam Lab, Agha Khan Lab, Bhagwan Lab, Shafqat Lab and numerousother private laboratories are functioning in the city. Private clinics of doctors are numerous.[12]  Hospitals

Sahiwal is on the Information superhighway after getting a High Speed DSL Internet Facility by Multi Net. Multi Net offer 256kb, 512kb, 1mb & 2mb shared speed & there is also Wateen Telecom who have started their service with high speed DSL via WIFI. A lot more development is being done in the field of IT and telecoms. Sahiwal is connected with backbone fiber that connects all the major cities of Pakistan. All Govt. Schools in Sahiwal have the latest PIV Based Computer Lab from the Government of Punjab IT and Computer Labs Project. Roughly one million rupees is spent on each lab; these furnished labs contain 16 of the latest PIV (Core 2 Duo) computers, air conditioner, printer and Internet facility. Each lab has dedicated IT staff including an IT Teacher, working on 17 Scale and Lab In charge. The government hopes that this project will improve the IT education standard in Sahiwal. Asia's biggest television broadcaster is located in the city.[13]  Information Super Highway 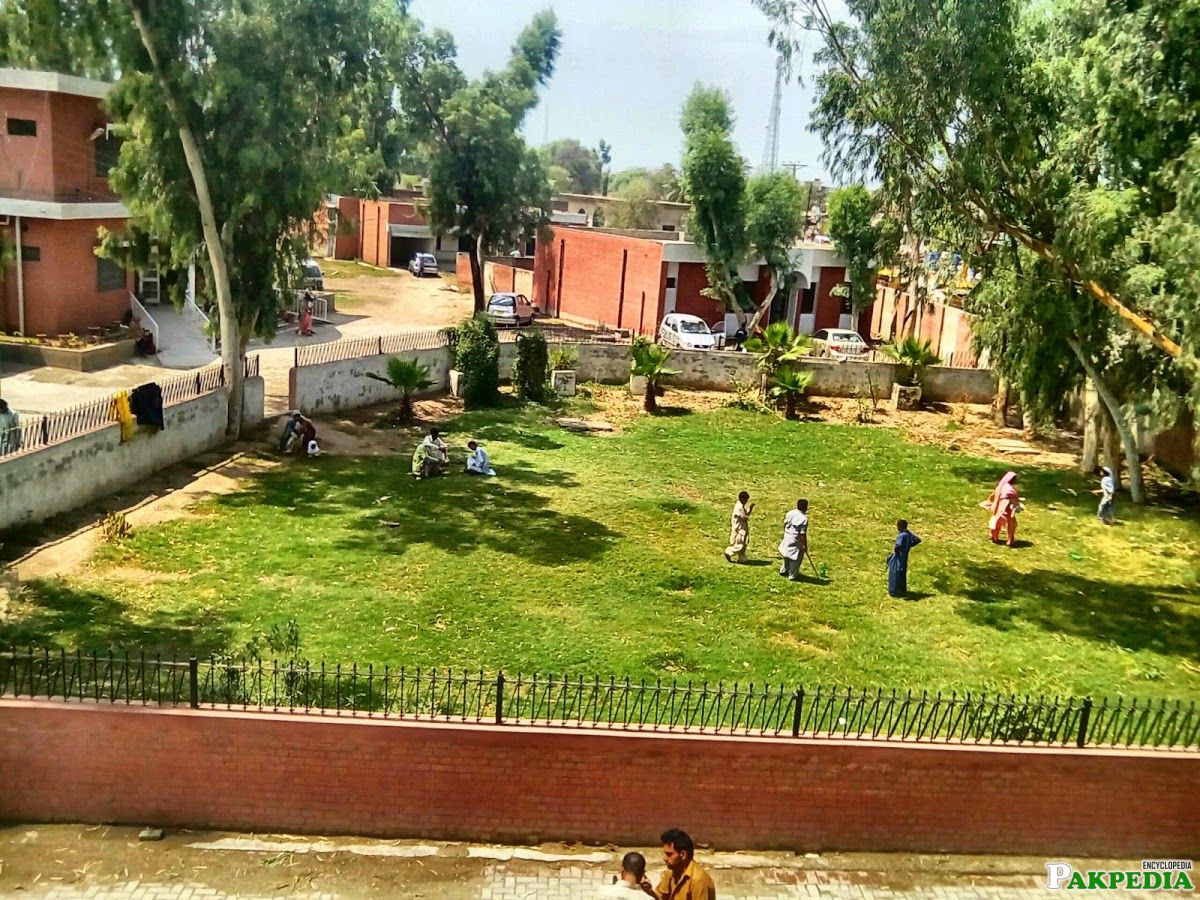 Abdul Salam, Pakistan's only Nobel Prize winner was born in Santokdas, District Sahiwal, according to his elder sister and his obituary although he grew up in Jhang. He was awarded the Nobel Prize for his achievements in the field of Theoretical Physics in 1979. He is buried in Rabwah, in the Jhang district. Majeed Amjad, one of the founding forefathers of modern Urdu literature, was born in Sahiwal and received his education from GovernmentCollege Lahore. He was inspired by the greenery of Sahiwal and wrote about the trees and greenery of Sahiwal. There is a park named for him.[14]  Notable Residents

oba Tek Singh was developed by the British toward

Sialkot is a city situated in the north-east of th

Best Places to visit in Lahore

Lahore being the most famous and old city of Punj