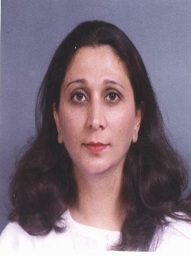 Senator Sadia Abbasi is a Pakistani politician. She is the sister of present prime minister of Pakistan Mr Shahid Khaqan Abbasi. 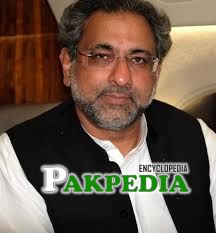 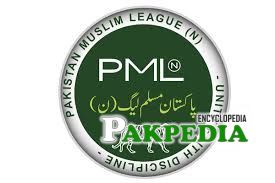 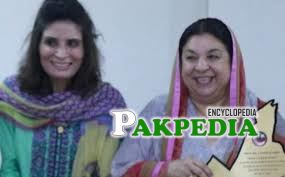 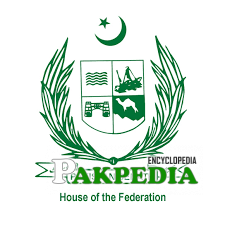 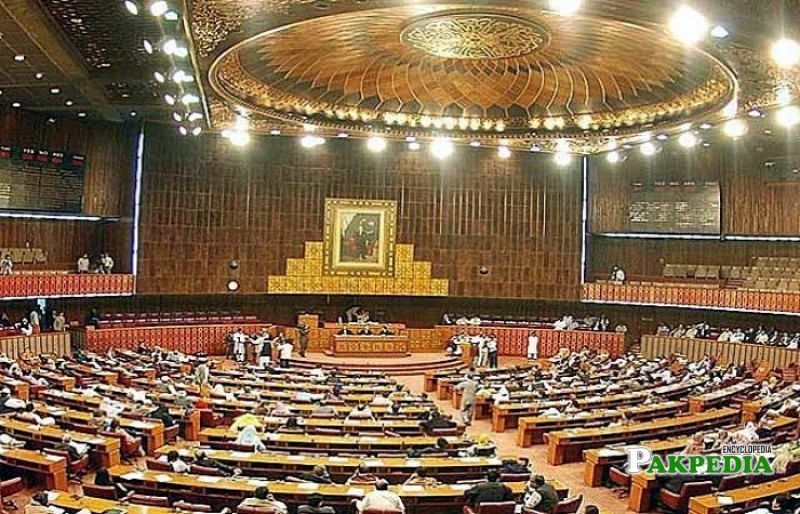 Ms. Saadia Abbasi is Barrister at Law and Member Senate of Pakistan. Having received her education from world renowned educational institutions of United States and United Kingdom in Law and Political Science, she is a fervent advocate of all-round political, economic and social reform. She is member of Policy Planning Wing of Government of Pakistan and frequently expresses her conviction and vision on intellectual forums and press with the diversity and depth of her knowledge. [1] profile

Sadia Abbasi enters in the world of politics in March  year 2003 on the ticket awarded by Pakistan Muslim League Nawaz as senator.

Saadia Abbasi, tendered her resignation as member of the Senate in February 2009, presents a unique case of protest, as previously no lawmaker bowed out days before the expiry of his or her tenure as a senator. Balochistan National Party (Mengal’s) Senator Sanaullah Baloch had also resigned last year but for entirely different reasons, and all parties in the House had requested him to review his decision. But Saadia’s resignation is to be accepted before the Senate’s farewell session, likely to be held from March 6 2009. Saadia dispatched her resignation to the Senate Chairman Mohammad mian Soomro after the party declined to award her ticket afresh. She  has been active and vocal during the vociferous anti-LFO campaign inside and outside the Parliament when she resigned from Senate. . In place of her, the PML-N  awarded the Senate ticket to Begum Najma Hameed, a veteran from Rawalpindi. The decision  triggered debates in the party ranks on what basis the sister of Shahid Khaqan Abbasi was overlooked. The interesting thing was to note that she  resigned at a time when there was no possibility of a fresh election against her seat, which was to fall vacant along with 49 other Senate seats on March 11 2009. [2] resigned

In December 2011, she joined Pakistan Tehreek-e-Insaf.

The Pakistan Muslim League-Nawaz (PML-N) has finalised its candidates, including Ishaq Dar, for Senate seats from Punjab, it is learnt. Prime Minister Shahid Khaqan Abbasi’s sister and former senator Saadia Abbasi and MNA Nuzhat Sadiq have been selected against two seats reserved for women. [3] selection

The Pakistan Tehreek-e-Insaf (PTI)  challenged the nomination papers of Prime Minister Shahid Khan Abbasi’s sister Sadia Abbasi for the upcoming Senate elections 2018. PTI leader Yasmin Rashid and Andleeb Abbas, who is also a candidate for the Senate polls, challenged Sadia’s nomination papers before the Election Commission of Pakistan (ECP). Andleeb said that Sadia had not submitted the details of her assets, and so, her nomination papers should be rejected. “She also holds a dual nationality and hence is not eligible for the senate polls.  Furthermore, she has not provided the details in most of the columns of the form. There are no details about her vehicles and the jewellery that she owns. Her foreign visits have also not been mentioned. The ECP should reject her nomination papers. We, on the other hand, have completed all our legal formalities,” she said while adding that the incomplete form of the PM’s sister should be rejected and she should be dismissed as a candidate. Yasmin Rashid said all the laws in Pakistan were meant for the common people and there was no law to apprehend the elite. Sadia has left her form blank, she said and added that the PM’s sister should not be treated as an elite, but just another candidate for the senate polls. “She should complete all the legal formalities,” said Yasmin. [4] challenge

The Lahore High Court on Saturday,17 February 2018, dismissed a petition of the Pakistan Tehreek-i-Insaf ( PTI) challenging the nomination papers of Prime Minister Shahid Khaqan Abbasi’s sister Sadia Abbasi for the forthcoming Senate polls. An appellate bench of the high court gave this verdict after hearing arguments of both sides. PTI leader Andleeb Abbas challenged the returning office’s decision to accept Sadia Abbasi’s nomination for the Senate on a seat reserved for women. Abbasi’s lawyer argued that the petitioner did not raise objections on his client’s nomination papers before the returning officer during their scrutiny. He stated the petition was not maintainable and requested the court to dismiss it. In the petition, the PTI leader argued that the premier’s sister had concealed details of her assets in the nomination papers. Besides, she also possessed the nationality of more than one country, therefore, she was not eligible to be a senator, the petitioner argued. The PTI leader pleaded with the bench to declare the premier’s sister ineligible to contest the Senate polls.  The PML-N candidates – Sadia Abbasi and Nuzhat Sadiq – had filed nomination papers for the Senate seat reserved for women from Punjab, which were accepted by the ECP’s returning officer after their scrutiny. [5] petition

Sadia Khaqan Abbasi, sister of former prime minister Shahid Khaqan has been disqualified by the Supreme Court over dual Nationality on 17th October 2018. She was elected as an independent candidate on women seat earlier this year but her nomination papers had been challenged by the PTI leader Dr. Yasmeen for the Senate Elections.
Disclaimer: As an encyclopedia, pakpedia.pk's articles contains shared information which has collected from different sources and people. We welcome everyone for corrections and updates, Thank you.

Gulnaz Shahzadiis a Pakistani Politician who is se