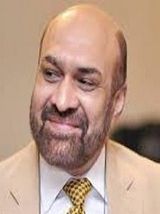 Rizwan Razi who is commonly known as Razi dada is a senior Journalist and a social critic of PTI government. Rizwan Razi is an intrepid and courageous Journalist and a strong critic of Pakistan Tehreek-e-Insaf who has always seen criticizing PTI on social media. He is a senior journalist from Lahore who remained related with Prime newspapers, and TV directs in various limits. He has been threatened many times for his boldness on social media.

Rizwan Razi has been picked by the Federal investigation agency on 9th Feb 2019 early morning. The news came out after his son post on twitter where he told to media that his father has been abducted today. He stated that “I, the son of Rizwan Razi, writing this. Today morning some people picked up my father and pushed him into a vehicle and drove away.” Senior writer Tala Hussain wrote on his Twitter account that senior columnist Rizwan Razi has been cropped by FIA on cybercrime charges.

The mixed reaction of people has been seen on social media after the news of abduction of Rizwan Razi came out. Some people are calling this step of FIA completely justified while few are criticizing FIA for arresting Razi Dada. According to few people Rizwan has been abducted for speaking derogatory language against the judiciary and Armed forces while few are saying that he has been punished for always speaking the truth.