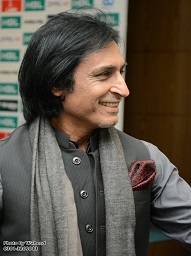 Rameez Hasan Raja is a former Pakistani right handed batsman in cricket, who represented the Pakistan cricket team during the 1980s and 1990s. He also worked as captain of the national team. Since retiring from professional cricket, he has become a sports and television commentator. 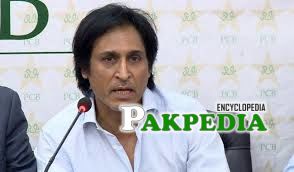 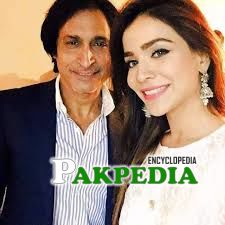 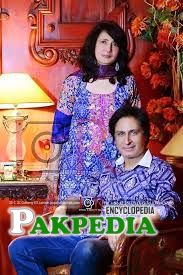 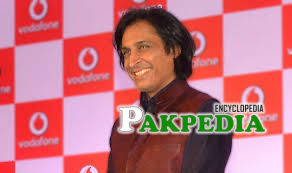 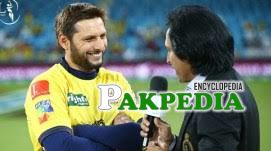 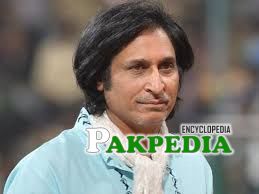 Raja was born in Faisalabad in Pakistan and studied at notable Pakistani institutions, Saint Anthony's High School Lahore and Aitchison College, Lahore and holds a Masters Degree in Business Administration. Post his MBA from Punjab University, Rameez went on to work as a banker for American Express after studying at the prestigious Aitchison College. Fortunately, good sense prevailed, and he chose cricket. His degree (and playing experience), however, came handy when he was appointed CEO of PCB. 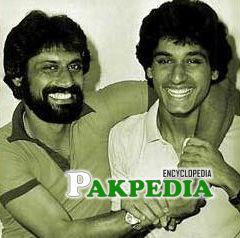 Rameez was not the first cricketer in his family, and neither was he the greatest: that honour would go to Wasim Raja, arguably the greatest batsman against West Indies at their prime in the 1970s and 1980s. Their father Raja Saleem Akhtar also played for Multan, as did the middle brother Zaeem. Wasim’s son Ali Wasim Raja has also played for Surrey Second XI. [1] raja clan 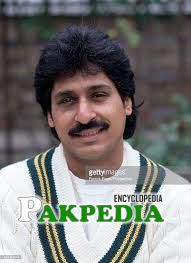 Raja made his First class cricket debut in 1978. He received his opportunity to play in a Test match against England. His performance was unimpressive, as he was dismissed for 1 run in both innings. However, with the retirement of several players in the Pakistan squad and with the help of his years of experience in first class cricket, Raja was able to secure a spot in the national side. [2] career 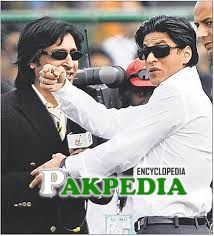 In the final against England, Raja had the honour of taking the final catch which won the world cup for Pakistan. This became the pinnacle of his cricketing career, as within a year of this triumph, he had lost form and was dropped from the national side. However, he was recalled back to the Pakistan squad and played in the 1996 cricket World Cup. During the 1995-1996 season, he was removed from the captaincy, after Pakistan lost their first home series to Sri Lanka.

His final game in a Test match for Pakistan, was as captain in the 1996-1997 tour of Sri Lanka, however the team failed to win a match during the series. He retired from all forms of cricket in 1997 and since then he has been active as a television commentator and as an administrator for both Pakistan and International cricket. With moin, wasim and saqlain

Raja has worked as a commentator on Test Match Special and Sky Sports, during the 2006 England Test series against Pakistan. He has also worked as the chief executive of the Pakistan Cricket Board, but resigned from his job in August 2004, citing increasing media commitments.

Given out for obstructing the field

Raja became the first player in One Day International history to be given out by "obstructing the field" against England, in a match at Karachi in 1987. England had scored 263 runs for 6 wickets during their 44 over innings. For Pakistan, Raja opened the batting and had reached 98 runs when the last ball of the match was bowled, with Pakistan needing 25 runs to win in the last over. During this last over, he hit the ball and sprinted for two runs that would have given him his century, but was well short of the crease when the fielder's return came towards him and Raja knocked the ball away with his bat and was given out "obstructing the field". 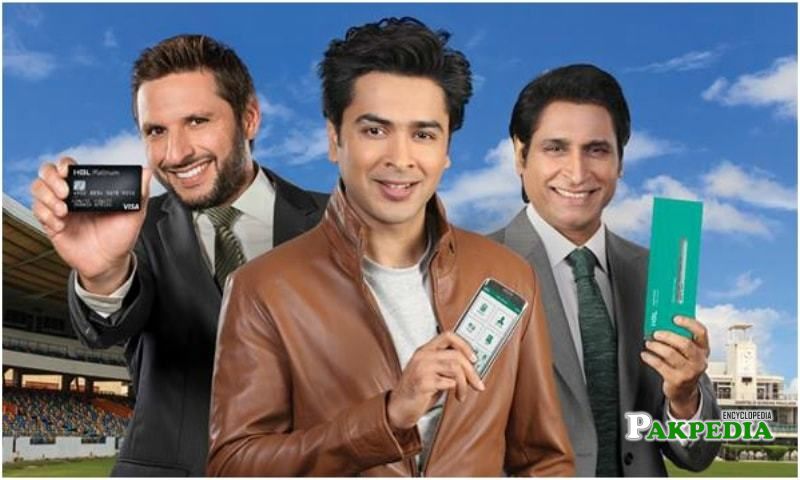 Almost a decade later, he was involved in another controversy when he captained Pakistan to their first Test home series loss against Sri Lanka in September 1995. Before being brought in as captain for the series, he had often opened the batting innings with both Aamer Sohail and Saeed Anwar at different match, but without success. As a captain, he did not open the innings in any of the three Test match and opted to bat at number three, his preferred position. He was sacked as captain after Pakistan lost the series and was replaced by Wasim Akram. He got a second chance at captaincy when, immediately in the next season in 1996-1997, he led the Pakistan team for the second time in two Test match against Sri Lanka in Sri Lanka, but failed to achieved a win. This was his final appearance in a Test match for Pakistan.

Raja worked as a CEO of the Pakistan Cricket Board, simultaneously serving as a cricket commentator. He resigned from the post of the CEO in August 2004 citing increasing media commitments as the reason for his decision. 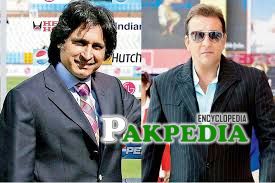 In year 2017, Ramiz Raja announced that he is going to make a film titled as "DorBaaz" starring Bollywood hit actor Sanjay Dutt and glamour doll Katrina Kaif along with Raees's queen and very talented Mahira Khan. The film story is based on Cricket linked with terrorism. In an interview given to ARY channel, Ramiz told that he was planning this since last 10 years but due to some personal issue, he was unable to execute his dream into reality. [3] Dorbaaz