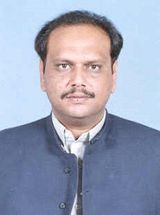 Rajab Ali is one of the senior members of the part Pakistan Muslim league (N) and a very seasoned politician with regards to election.Rajab hails from Faisalabad Pakistan and his father name was Mian Bahadar Ali Khan.He is associated with Pakistan Muslim League (N).[1]  Biography

In the next elections, in 2008, it came as no surprise when he was given the ticket to contest in the elections. However this time around he wasn’t able to secure  his place in the National assembly.Raheela Perveen was elected MNA from N.A-78 Faisalabad IV in the general election 2008.

Due to his previous success , in 2013 when he again won the election in NA 78,  it didn’t come as a surprise to anyone and thus he retained his seat as the member of National assembly. He at the time represented PML(N).[4] Career Rajab Ali Khan Baloch bagged 88162 votes and defeated among others Sahibzada Ahmed Raza Khan Kasuri of APML who could only manage 923 votes.[5]  Election 2013