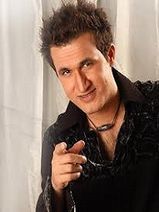 His Pashto album Peera became an instant hit after its release. Another album called Saba Ru had success with the tracks Tap Tap and Payal. In the same year, he released another Pashto album titled Medda Medda. After taking a short break, he returned to work bringing another hit with the song Channa in 2003. He also worked on three videos that were Priya and Rang Lai Mehndi, directed by Sarwar whereas Suhail Javed directed his third video Tere Ishq Ne. Rahim Shah also sang Jhoola, which he wrote and dedicated to his mother.