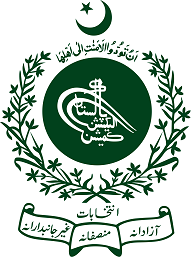 Quratulain Marri was nominated for the Senate of Pakistan as a candidate of Pakistan Peoples Party (PPP) on reserved seat for women from Sindh in Pakistani Senate election, 2018.[1]Â  Political CareerÂ

The Pakistan People's Party has finalized the names of its candidates for the award of tickets to contest elections on 12 seats of the Senate of Pakistan belonging to the Sindh province.The two candidates awarded tickets against the women seats are Krishna Kohli and Quratulain Marri. The one candidate of the party for seat of minorities is Anwar Lal Dean. These candidates are likely to submit their nomination papers in the office of Provincial Election Commissioner Sindh as they will visit the Election Commission office in the form of a delegation led by the Sindh chief minister.[2]Â  Nominated for Senate Election 2018Â

Dr Sikandar Ali Mandhro is a Doctor by profession

Malik Abrar Ahmad was born on 3 January 1970 in Ok

Amna Buttar is a poet and politician who works as