The  Punjab  Police (Punjabi, Urdu: پنجاب پولیس) is responsible for reducing and controlling all the crimes, happening in the province of Punjab,  Punjab  Pakistan . The mission of the Punjab Police is only to serve the public by ensuring rule of law in every corner of the province. Despite of having limited resources and extreme socio political pressure Punjab Police has always showed dedication towards its work, professionalism depicts in the grace of their black collar uniform. It performs the first line of defence duty while eradicating the menace of terrorism from the great country.[1] police – gov.pk 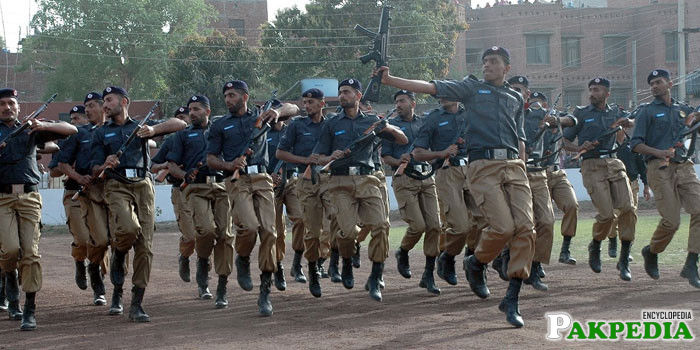 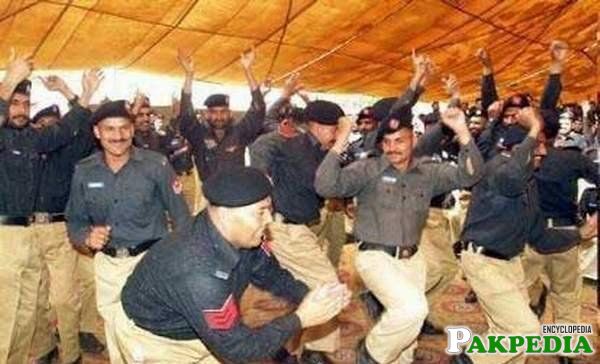 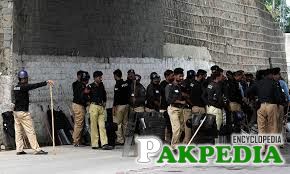 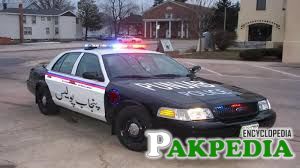 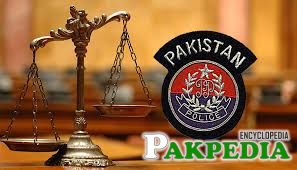 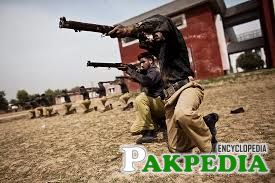 The system of policing in Mughal Era was organized on the basis of land tenure. Zamindars were responsible for apprehending disturbers of the public peace and performing other policing duties. At the level of the village these functions were performed by the village headmen. In large towns administration of the police was entrusted to, functionaries called kotwals who discharged the combined duties of law enforcement, municipal administration and revenue collection. Patrol officers in the shape of village watchmen or patels in villages and peons, horse patrolmen and such other like men in the towns were present. Violent organized crime was usually dealt with by the military.[2] punjab – police

The modern system of policing was introduced during British Rule, The British administration relieved the zamindars of their responsibility for police service and introduced magistrates with daroghas and other subordinate officers for Police purposes. The Punjab Police was also organized on the pattern of two main branches, the Military Preventive Police and the Civil Detective Police. As this arrangement was not found to be satisfactory so in 1860 the Government of India urged the  Government of Punjab  to look into the system of policing then prevalent in the Province. However, as the issue was of general importance the central Government appointed a commission to enquire into whole question of policing in British India. The Calcutta Police Commission of 1860 recommended the abolition of the Military Arm of the Police, the appointment of an Inspector General of Police in the Province and the placement of Police in a district under the District Superintendent. The Commission recommended that only the District Magistrate should exercise any Police functions. Based on the recommendations of the Commission the Government of India submitted a bill which was passed into law as Act V of 1861. The Police Act of 1861 was adopted. The organizational design that followed the Act survives to this day.[3] British Era – Police

The  Punjab  Police played a significant part in handling the refugee crisis of 1947-48. It continued as a separate organization till 1955 when it was merged with the police of other provinces to create the West Pakistan Police. The DIG West  Pakistan  was Inayat Ali Shah. DIG East Pakistan and DIG West Pakistan used to report to one IG which during the decade of the 1950s was Qurban Ali Khan. There were several attempts to review and reform police organization and performance during the 1950s and 60s which however could not be implemented. The legal framework of police in Pakistan underwent a major change as a consequence of Devolution of Power Plan implemented between 2001 and 2006. The Plan provided for devolution of a considerable portion of Provincial Government’s authority and functions to districts and introduction of public accountability of police.[4] Independence – Punjab 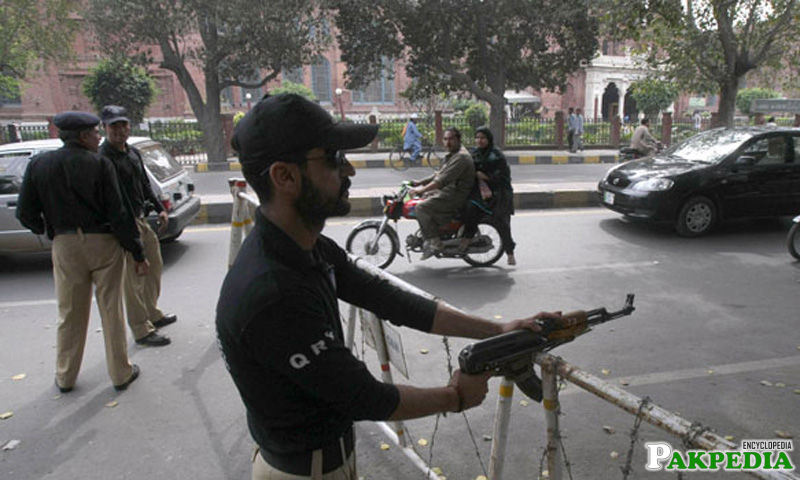 The main police formations are as follows