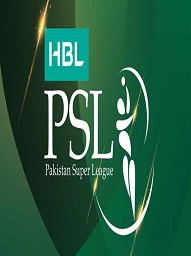 Â Â Â
Pakistan Super League which is sponsored by HBL is a tournament played every year among the 6 teams of Pakistan on its schedule dates. It was launched by the Pakistan Cricket board four years back after a giganticÂ triumph and achievement. The fourth season of PSL will be played on 14th Feb till 17th March 2019 in Dubai and Pakistan. 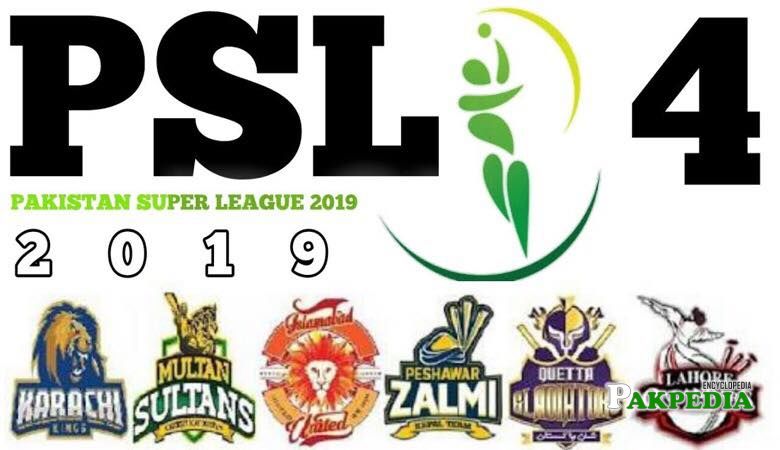 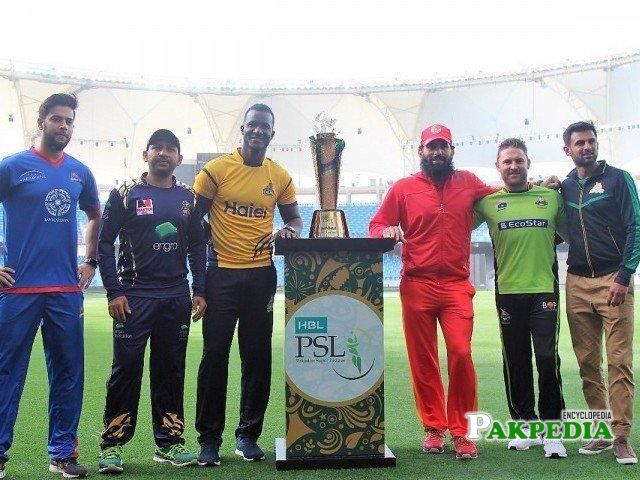 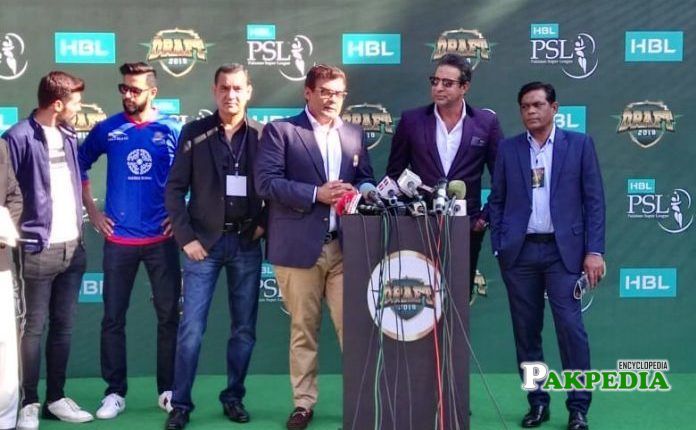 Wasim Akram and Salman Iqbal at the PSL 4 event 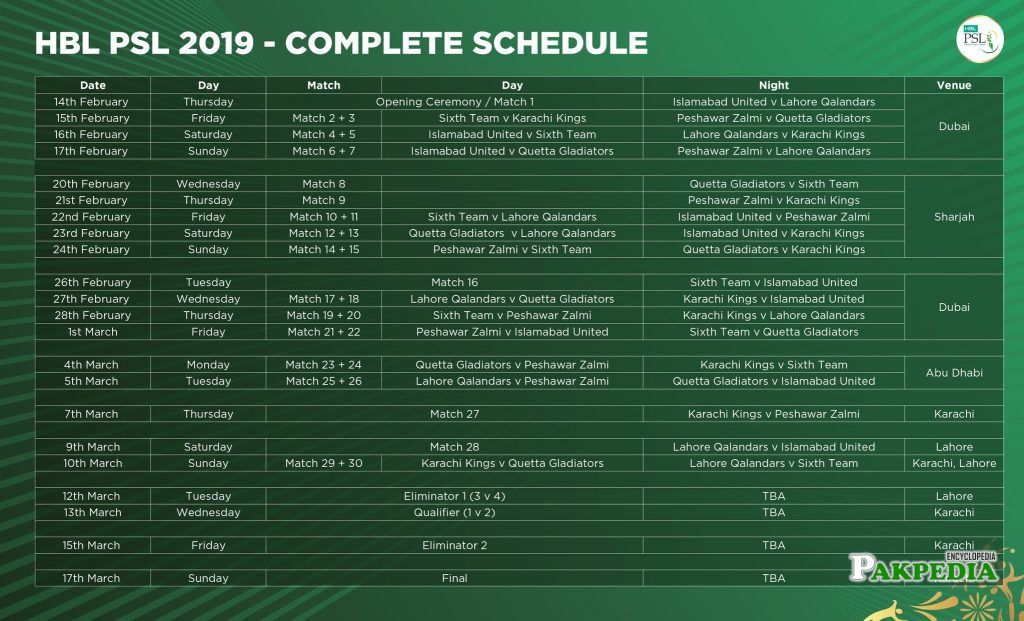 Â PSL cricket was officially launched on 4th Feb 2016 in the United Arab Emirates after many barriers and stumbling. The ceremony was inaugurated by Bakhtawar Bhutto Zardari andÂ Sheikh Nahyan bin Mubarak Al Nahyan. Najam Sethi remained the chairman of PSL for almost 3 years but later replaced by Ehsan Mani after the PTI government came. The first 2 years of PSL were played by 5 teams but after the mutual consultation sixth team was affixed which is now known as Multan Sultans. Its official logo was instigated on 20th September 2015 in a ceremony which was addressed by all the current and retired Cricketers of Pakistan.Â The PSL's underlying title sponsorship was granted to HBL Pakistan for a long time in December 2015. Sponsorship bargains related with the group including the title sponsorship, are assessed to be worth more than $6 million. HBL later reestablished their sponsorship for three additional years.

A player draft for the Pakistan Super League was confined in Islamabad. It is going to begin on 14th Feb 2018 with in excess of 650 players in the draft, the six establishments were permitted to incorporate up to 20 players in their squads. Each franchise could have three platinum, three diamond, three gold, five silver, two emerging and four supplementary picks. The procedure of picks for every team is the sameÂ as of previous years.

Multan Sultan psl team was established in 2017 and was owned by Schon Properties with an agreement of 8 years but unfortunately, he discontinues the agreement and now the Multan Sultan owner is Taimoor Malik and Â  Ali Tareen, son of Jahangir Tareen . They are considered to be the 6th team who will play under the captaincy of Shoaib Malik and under the coaching of Tom Moody.Â

The Multan sultan players for 2019 are listed below: 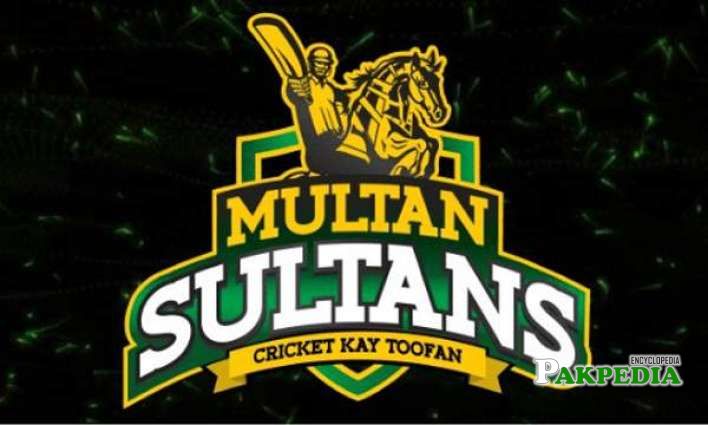 Islamabad United psl was established in 2015 with the professional team of players. Â The Islamabad United owner is Ali Naqvi and Amna Naqvi (Leonine Global sports) and the matches will be played under the captaincy of Mohammad Sami and under the coaching of Dean Jones.Â 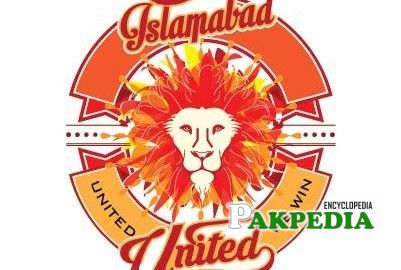 Quetta Gladiators team was established in 2015 with the professional team of players. Â The Quetta Gladiators owner is Nadeem Omar (Omar associates) while the Quetta gladiators coach is the wicketkeeper, Moin Khan. The matches will be played under the captaincy of Sarfraz Ahmed.

The Quetta gladiators team players are listed below: 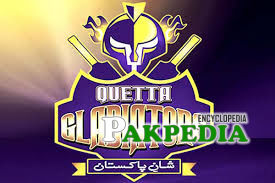 Lahore QalandarsÂ pslÂ team was established in 2015 with the professional team of players. Â The Lahore Qalandars owner is Fawad RanaÂ (Qatar Lubricants Company Ltd) and the matches will be played under the captaincy of Muhammad Hafeez and under the coaching of Aqib Javed. 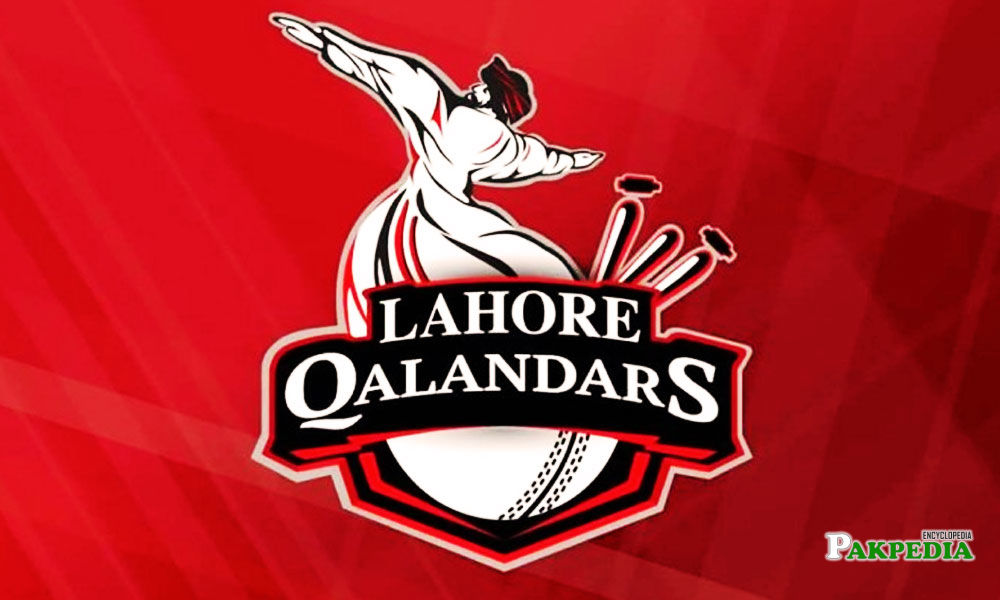 Karachi Kings pslÂ team was established in 2015 with the professional team of players. Â The Karachi Kings owner is Salman Iqbal who is also the owner of ARY digital network and the matches will be played under the captaincy of Imad Wasim and under the coaching of Mickey Arthur.

Peshawar Zalmi team was established in 2015 with the professional team of players. Â The Peshawar Zalmi owner is Javed Afridi who is known as the CEO of Haier Pakistan and the matches will be played under the captaincy of Darren Sammy and under the coaching of Mohammad Akram. 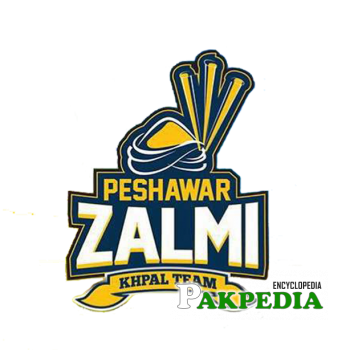