Peshawar is one of the oldest cities in Asia and is the capital of  Khyber Pakhtunkhwa  [1] Government -  Khyber  with Pashto being spoken in and around the city so if you happen to visit you might have quite an edge if you know a little Pashto. Peshawar is the administrative center for the Federally Administered Tribal Areas of  Pakistan . Pushkalavati (now known by the name of   Charsadda ) was e previous capital of NWFP and the Kushan King Kanishka changed the capital from it to Purushapura (now know as Peshawar) in the 2nd century. [2] Tribal Areas - Retrieved  The name Peshawar has been derived from the Sanskrit word meaning “City of Men”. The area basically belonged to the Gandhara and eastern Iranian tribes. For a brief period of time it also saw Greek dominance after which the Arab conquest took place and Islam came to the rise. .It has moderate climate and its production of silks, handicrafts; cotton textile, footwear etc provide a stable economy. Not only does it serve as a link between  Pakistan  and Afghanistan benefiting trade but it is rich in history and culture which makes it a favorite hometown for most of its people.[3] history - pak.com Peshawar is the largest city of  Khyber Pakhtunkhwa  province, and according to the last census is the ninth-largest city of  Pakistan .[4] Pakistan Bureau - Statistics 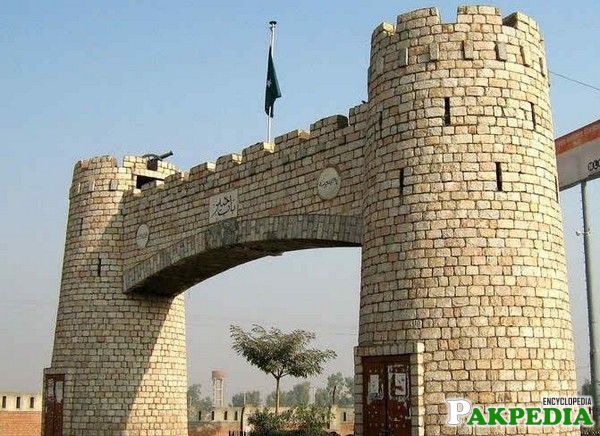 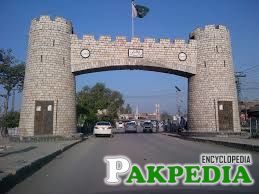 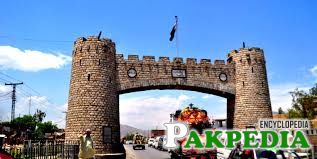 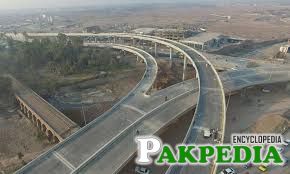 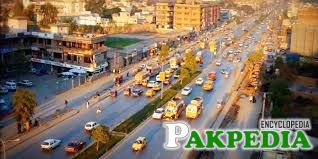 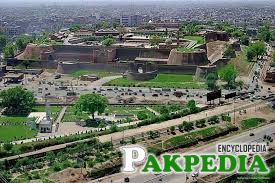 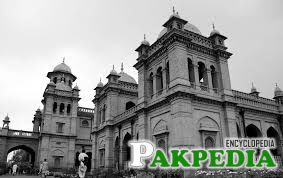 Peshawar was a northwestern regional center of the Pashtun Lodi Empire which was founded by Bahlul Lodi in 1451 and centered at Delhi. Peshawar was also incorporated into the Mughal domains by the middle of the sixteenth century. The founder of the Mughul dynasty that would conquer South Asia, Babur, who hailed from the area that is currently Uzbekistan, arrived in Peshawar and founded a city called Bagram, where he rebuilt a fort in AD 1530. The Muslim technocrats, bureaucrats, soldiers, traders, scientists, architects, teachers, theologians and Sufis flocked from the rest of the Muslim world to the Islamic Sultanate in South Asia, with many settling in the Peshawar region.[5] Macmillan Company - Reprinted

Following the defeat of the Sikhs in the Second Anglo-Sikh War in 1849, territories in the  Punjab  were also captured by the British East India Company. During the Sepoy Rebellion of 1857, the 4,000 members of the native garrison were disarmed without bloodshed;[6] Global Security - org the absence of brutality meant that Peshawar was not affected by the widespread devastation that was experienced throughout the rest of British India and local chieftains sided with the British after the incident.[7] Charles Allen - Soldier British control remained confined within the city walls as vast regions of the Frontier province outside the city were claimed by the Kingdom of Afghanistan. The vast mountainous areas outside of the city were mapped out only in 1893 by Sir Mortimer Durand, foreign secretary of the British Indian government, who collaboratively demarcated the boundary of British-controlled areas with the Afghan ruler at the time, Abdur Rahman Khan.The British laid out the vast Peshawar Cantonment to the west of the city in 1868, and made the city its frontier headquarters.[8] Central Asia - London Additionally, several projects were initiated in Peshawar, including linkage of the city by railway to the rest of British India and renovation of the Mohabbat Khan mosque that had been desecrated by the Sikhs.  The British also constructed Cunningham clock tower, in celebration of the Golden Jubilee of Queen Victoria, and, in 1906, constructed Victoria Hall (now home of the Peshawar Museum) in memory of Queen Victoria.[9] National Fund - Cultural The British greatly contributed to the establishment of Western-style education in Peshawar with the establishment of Edwardes College and Islamia College in 1901 and 1913, respectively—these were established in addition to numerous other schools, many of which are run by the Anglican Church. For better administration of the region, Peshawar and the adjoining districts were separated from the Punjab Province in 1901.[10] Peshawar separated - Punjab In 1947, Peshawar became part of the newly created  Pakistan . Until the mid-1950s, Peshawar was enclosed within a city wall and sixteen gates. Of the old city gates, the most famous was the "Kabuli Gate", and in January 2012, an announcement was made by Siraj Ahmed Khan, the Peshawar District Coordination Officer at the : "In due course of time, all the gates around the old city will be restored." — Imran Rasheed, an author who has written extensively on the history of Peshawar has explained:[11] Independence - heritage Old Peshawar was divided into three separate walled communities, Gunj, Dhaki Nalbandi and Sard Chah quarters. Under the Sikhs, the Italian mercenary governor of Peshawar, General Paolo Avitabile, popularly known as Abu Tabela, demolished the walls around these quarters and built a single wall around the old city.[12] www - epeshawar.com Peshawar's size infrastructure has not developed adequately for the city's growing population, resulting in overcrowding. In addition to the increase in population, the high number of Afghan transportation vehicles that pass through the city have contributed to the degradation of the city's air quality:[13] heritage - gov.pk

Bacha Khan International Airport , is an international airport located in the city of Peshawar in the Khyber Pakhtunkhwa province of  Pakistan . Located about a 10-minute drive from the centre of Peshawar, it is the fourth busiest airport in Pakistan. One unusual feature is that one end of the main runway is crossed by a railway line – the seldom-used Khyber train safari to Landi Kotal in the  Khyber Pass . The airport was renamed on 27 January 2012 after Khan Abdul Ghaffar Khan (also known as Bacha Khan), a Pashtun nationalist political leader.[13] heritage - gov.pk Strategically situated in the heart of Peshawar, Bacha Khan International Airport is located approximately 180 km from Islamabad (federal capital of Pakistan) which makes it about two hours drive from the capital via M-1 motorway. Since Peshawar is the capital of the Khyber Pakhtunkhwa province, it provides world connections for the majority of the northwest region of the country and adjoining areas of Afghanistan. Since the province has a large Afghan Pashtun community residing within KPK, Afghanistan flights have always been on the rise.[14] peshawar capital - kpk

Arbab Niaz Stadium is the test cricket ground of Peshawar. Other stadiums are Army Stadium, Peshawar Club Ground and Qayyum Stadium. Cricket is the most popular sport in Peshawar and the city is home to the domestic team, Peshawar Panthers while Peshawar Zalmi represents Peshawar and the province of Khyber Pakhtunkhwa overall in Pakistan Super League.[15] Peshawar Zalmi - Retrieved Hockey and squash are also popular in Peshawar. Shahi Bagh is available for general public for various out door games.[16] Sports - pak.com Popular Sportsman

Everyone has different views about the people of Peshawar but you might be surprised to see that they are not only intellectual and well educated but also very up to date with the latest fashion trends when it comes to girls and also fun loving and not at all conservative which makes you want to visit the city more. There are also the opposite kind which forces people into stereotyping however that is not just about Peshawar anyone with lack of education or awareness can be categorized in a similar group.[17] Education - gov.pk The following is a list of some of the public and private universities in Peshawar:

Following the election of the Muttahida Majlis-e-Amal (MMA) Islamic coalition in 2002, restrictions on public musical performances were introduced, as well as a ban prohibiting the playing of recorded music on public transport; however, a thriving underground scene has developed in Peshawar.[18] Maria Tirmizi - (24 June 2007) In 2008, the secular political party, the Awami National Party (ANP), swept elections and won power from the Islamic coalition. Since the ANP assumed power in Peshawar, a greater focus has shifted towards the areas of culture and the arts, but the party has been hindered by a well-established conservatism among the population and the Taliban militancy. In June 2012, a Pashto singer, Ghazala Javed, and her father were killed in the city, with the subsequent investigation revealing that the pair were murdered. Javed's career was very successful and her death occurred close to three years after the death of another promising Pashto musical artist, Aiyman Udas, who was also murdered in a fringe area of the city. Such incidents have been associated with Peshawar's conservative culture and the influence of the Taliban, the latter being the reason for Javed's movement to Peshawar, as the Taliban had strengthened its presence in the Peshawar Valley in 2007.[19] about peshawar - html Historically, the old city of Peshawar was a heavily guarded citadel that consisted of high walls. In the 21st century, only remnants of the walls remain, but the houses and havelis continue to be structures of significance. Most of the houses are constructed of unbaked bricks, with the incorporation of wooden structures for protection against earthquakes, with many composed of wooden doors and latticed wooden balconies. Numerous examples of the city's old architecture can still be seen in areas such as Sethi Mohallah. In the old city, located in inner-Peshawar, many historic monuments and bazaars exist in the 21st century, including the Mohabbat Khan Mosque, Kotla Mohsin Khan, Chowk Yadgar and the Qissa Khawani Bazaar. Due to the damage caused by rapid growth and development, the old walled city has been identified as an area that urgently requires restoration and protection. Author, Dr Raj Wali Shah Khattak, a former director of the Pushto Academy and a senior academic at the University of Peshawar, has written in his book, An Intangible Heritage: The Walled City of Peshawar.
Disclaimer: As an encyclopedia, pakpedia.pk's articles contains shared information which has collected from different sources and people. We welcome everyone for corrections and updates, Thank you.

Ayubia National Park was established in 1984 in an