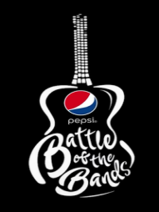 Episodes of Pepsi Battle of the Bands: Season 2 are available in broadcast syndication on television as well as put up online on Pepsi Pakistan’s YouTube channel. Shortly after, the episode airs the full video performances are then put up online on Pepsi Pakistan’s Facebook and YouTube while the full audios are put up on the website as well as on Patari.pk. The Terms and Conditions may be amended from time to time.

While this bigger than life personality doesn’t call for an introduction, Fawad Khan has come full circle by becoming a judge for #PepsiBattleoftheBands, which is where he found his start 15 years ago with his renowned band, Entity Paradigm. Pepsi Battle of the Bands thrust E.P into the spotlight and Fawad enjoyed years of success with them as their lead singer. Besides having a wonderful career in music, Fawad has just been as amazing with his talented acting on screen.

Program Judge
Atif Aslam is arguably the voice of the 2000s, and there is not a person who isn’t familiar with his hit songs like Aadat, and Jal Pari. Since then he has gone onto further solidify his career by doing OSTs, performances, and releasing hit-after-hit albums. He is a fan favourite on both sides of the border and he affectionately refers to his fans as ‘Aadeez’. Having joined the judges panel, Atif is now an integral part of #PepsiBattleoftheBands as the judge of the show, Episode 3 and onwards.

Program Judge
Shahi Hasan was the founding member of a band forever etched in Pakistani culture: Vital Signs. First earning recognition as Vital Sign’s bass player, he is now renowned in the music industry as a producer, executive and backing vocalist. He has often been cited as Pakistan’s greatest bass player and was also a judge on the previous Pepsi Battle of the Bands. Now he brings his experience and expertise to the platform once again to guide and judge participants.

Audition Round Judge
Starting his career from the very stage of #PepsiBattleOfTheBands, Farooq was the front man for the legendary band, Aaroh. He rendered his vocals and musical expertise to hits like Rag Neela and Na Kaho which won hearts across the nation. He is back to #PepsiBattleOfTheBands as a judge and mentor to bring the best out of this year’s talent.

In the event Producer chooses you to participate in the Program auditions, [10] In the event Producer chooses you to participate you will be required by the Producer to fill out, sign and agree to all of the terms and conditions of additional forms, including, without limitation, a Participant Agreement and Release and Non-Disclosure Agreement. In addition, you (as well as parents and/or legal guardians in the case of Minor contestants) will be required to complete an extensive background questionnaire, and will be subject to a thorough background investigation and other examinations, at Producer’s discretion. ALL FORMS MUST BE FILLED OUT COMPLETELY AND TRUTHFULLY. IF YOU FAIL TO COMPLETE ANY FORM, GIVE ANY FALSE INFORMATION, OR FAIL TO REVEAL ANY PERTINENT INFORMATION, YOU MAY BE DISQUALIFIED FROM THE AUDITION PROCESS.

You understand and acknowledge that the Producer Entities have wide access to ideas, stories, designs, and other literary materials, and that new ideas are constantly being submitted to them or being developed by their own respective employees. You acknowledge that many ideas may be competitive with, similar or identical to the Auditions and/or each other in theme, idea, format or other respects. You acknowledge and agree that you will not be entitled to any compensation as a result of the use by the Producer Entities of any such similar or identical material. You acknowledge and agree that the Producers do not now and shall not have in the future any duty or liability, direct or indirect, vicarious, contributory, or otherwise, with respect to the infringement or protection of the copyright in and to the Audition. You acknowledge that, with respect to any claim by you relating to or arising out of the actual or alleged exploitation or use of any audition or other material submitted in connection with the Online Audition Submission by any Producing Entity, the damage, if any, thereby caused to you will not be irreparable or otherwise sufficient to entitle you to seek injunctive or other equitable relief or in any way enjoin the production, distribution, exhibition or other exploitation of the Auditions or the Program or any other production based on or allegedly based on the Auditions or the Program, and your rights and remedies in any such event shall be strictly limited to the right to recover damages, if any, in an action at law.[13] You understand and acknowledge t hat the Producer

The following 10 bands were selected for season 1.

The following bands failed to make the top 10 for season 1.

Episode 1 premiered on Sunday, 30 July 2017. The bands that performed included: